Hurricane season is so active in 2020, we ran out of names

Tropical storm Wilfred took the last name in the list for 2020 storms.

The season officially begins on June 1 and lasts until Nov. 30; but this year, it was off to an early start with tropical storms Arthur and Bertha, which formed on May 16 and May 27, respectively.

On Sept. 18, tropical storm Wilfred claimed the list's 21st and final name, which means that subsequent storms will "go Greek," representatives with the National Oceanographic and Atmospheric Administration (NOAA) said in a statement. (Atlantic storms never get Q, U, X, Y or Z names.) Storms after Wilfred will now take their names from the Greek alphabet; subtropical storm Alpha formed on the same day as Wilfred, and was soon followed by tropical storm Beta, which is expected to make landfall tonight (Sept. 21) on the Gulf Coast, according to the National Hurricane Center (NHC).

"This is only the second time the Greek alphabet has been used to name storms," NOAA says. "The first was during the 2005 hurricane season, where the last named storm was Zeta" — the sixth letter in the Greek alphabet list, according to NOAA.

Atlantic tropical storms have been named since the early 1950s; only women's names were used from 1953 until 1979, the NHC says.

Today, storms get their names from six lists of 21 names — male and female — that are maintained and updated by the World Meteorological Organization (WMO), according to the NHC. The lists are rotated so that all names are recycled every six years. However, some names are retired if they are attached to a storm that proves to be especially deadly or destructive. Retired names in recent years include Irene (2011), Sandy (2012), Harvey (2017) and Michael (2018). 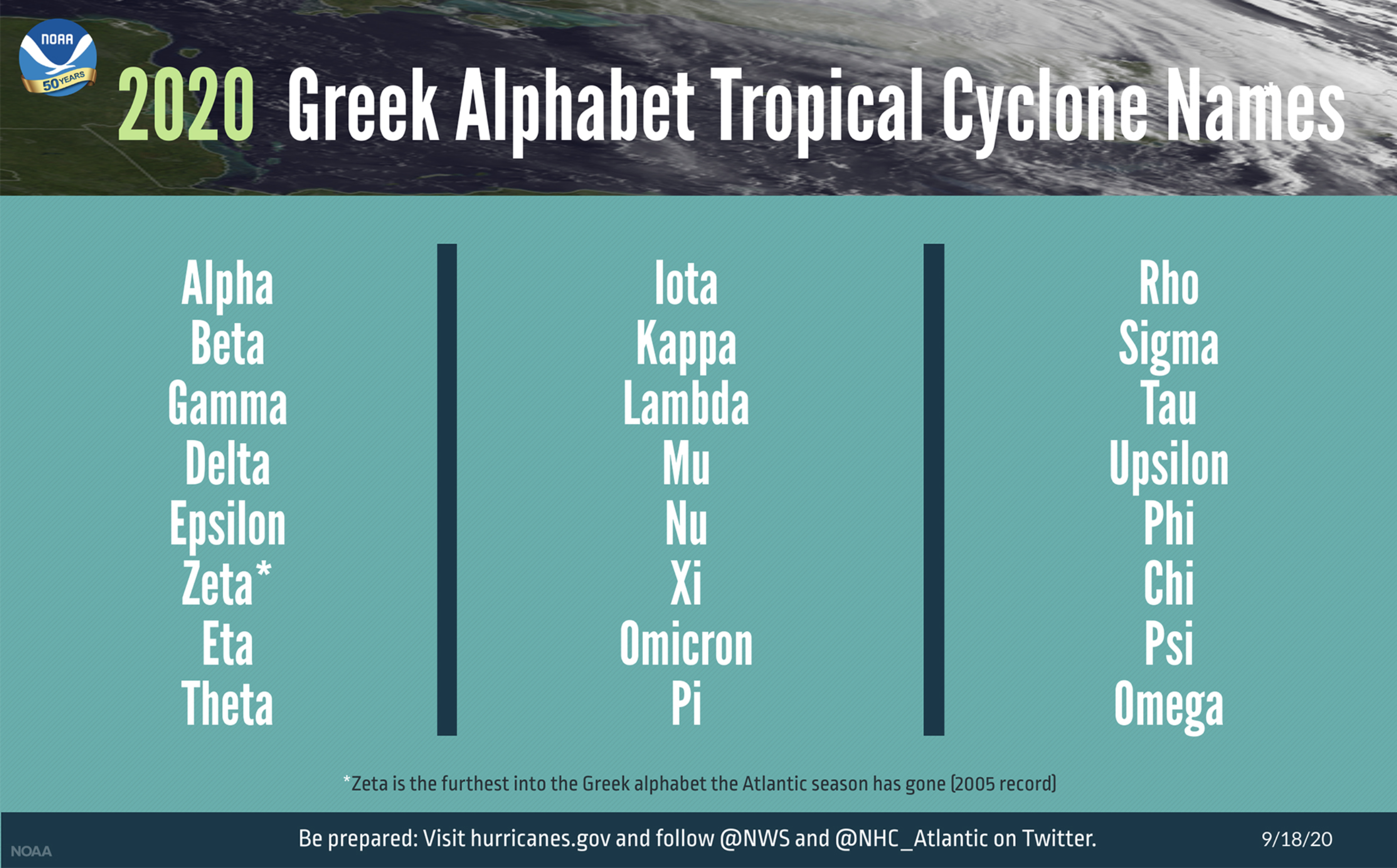 The Greek alphabet list, also established by the WMO, provides an additional 26 names — presumably enough to carry through to the end of hurricane season on Nov. 30.

Alpha, the 22nd named storm in the 2020 Atlantic hurricane season, made landfall in Portugal with maximum sustained winds nearing 45 mph (72 km/h). Tropical storm Beta currently has maximum sustained winds of 50 mph (80 km/h) and is expected to drench parts of Texas and Louisiana with rainfall and coastal flooding, The Weather Channel reported.

By Stephen Luntz As nation after nation shut down to prevent Covid-19's spread, something else went viral: images of…