A world record usually describes the most amazing and extraordinary activity or performance ever recorded. It can be considered one of the greatest honors a human can experience in life.

In fact, they are so stupid that not many are willing to try and break them. Read on to discover 25 Stupid World Records That Nobody Has Bothered to Try and Break.

25.Most rotations hanging from a power drill 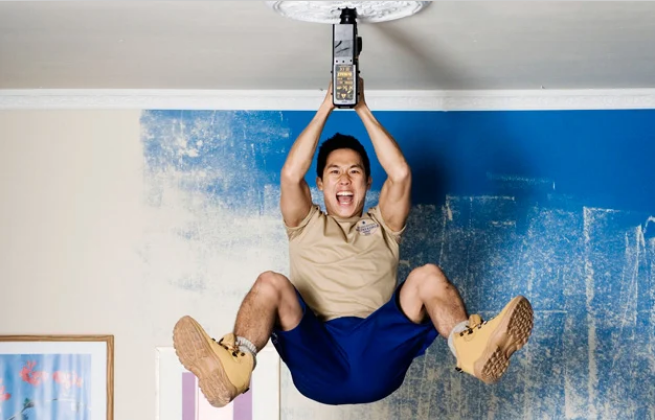 The current record is 148 rotations in a minute, achieved by the legend (in his own mind) known as The Huy Giang.

24.Most snails on face 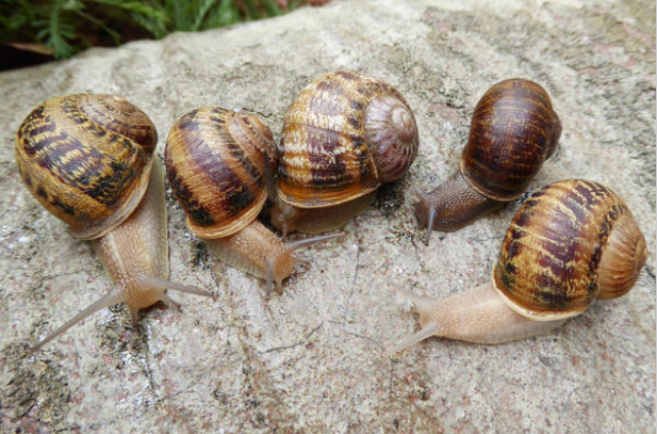 Fin Kehler, a young boy from Utah, nabbed the rather odd record for “Most Snails on Face” back in 2009.

On his 11th birthday, he allowed friends and neighbors to cover his head with the slimy creatures that stayed there for more than 10 seconds.

They sent the record off to Guinness, but even they were too smart to list such a useless achievement.

23.Most watermelons sliced open on a stomach 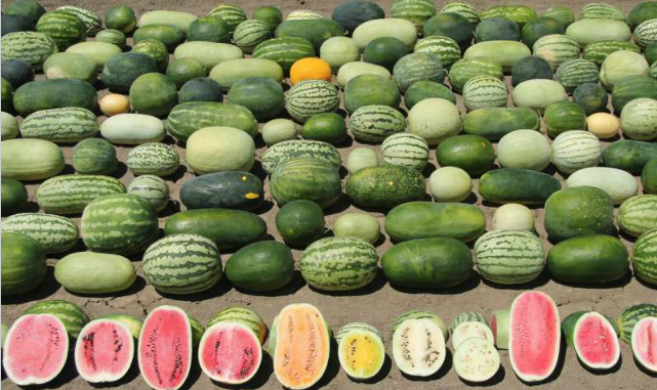 For some really strange reason, Guinness has a record for “Most watermelons sliced open on a stomach under 1 minute.” This record was set by Bipin Larkin, who cleanly sliced through 48 watermelons using a machete.

22.Most number of candles extinguished by farting 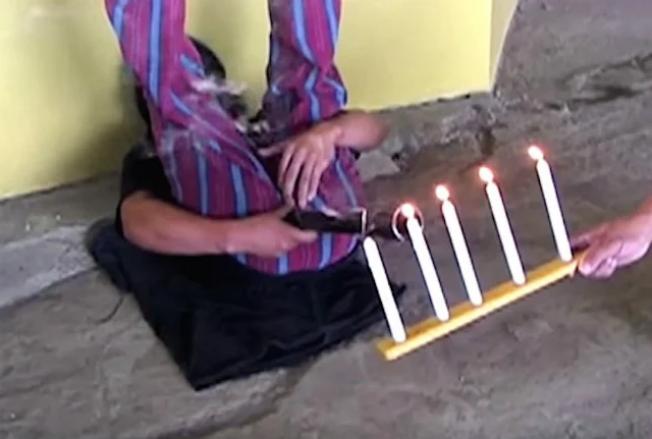 Some people are sports heroes while others are science geniuses, but everyone has a talent … some of us with talents less obvious than others.

Gerard Jessie of the Philippines, for example, has a very “unique” talent for sure. He holds the record for most candles extinguished by farting: 5. 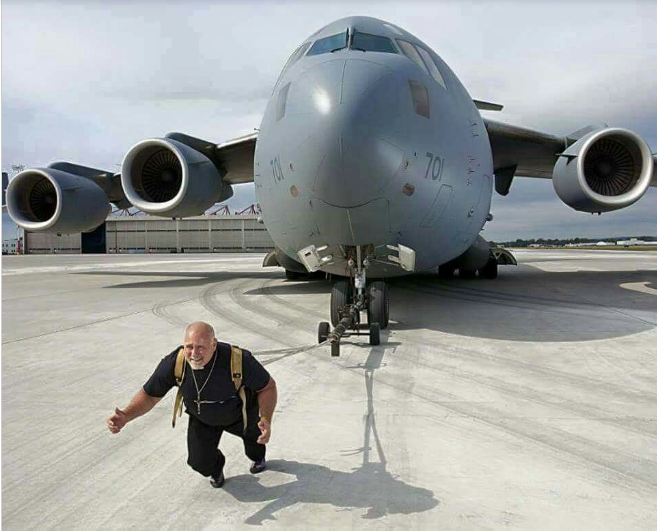 Due to the difficulty of this feat, it doesn’t look like anyone will be challenging for the world’s strongest priest’s title anytime soon. 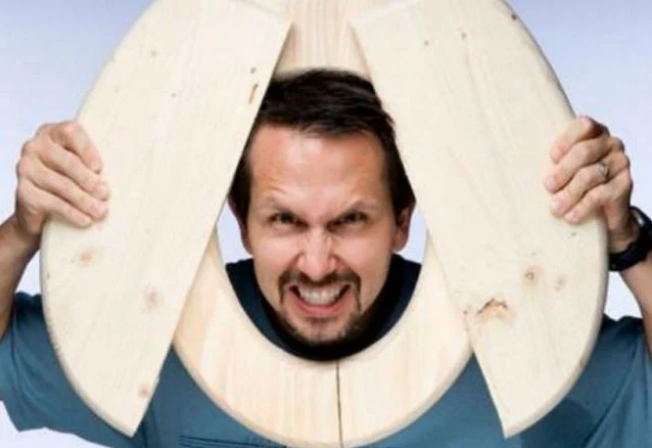 Apparently, someone thought it would be fun to see if they could break a toilet seat using nothing but his head. Kevin Shelley holds the world record for breaking the most toilet seats in one minute using his head: 46.

Now, aside from this being a waste of some perfectly good toilet seats, this is a record you do not want to try to break because there is a good chance that you will give yourself a concussion. 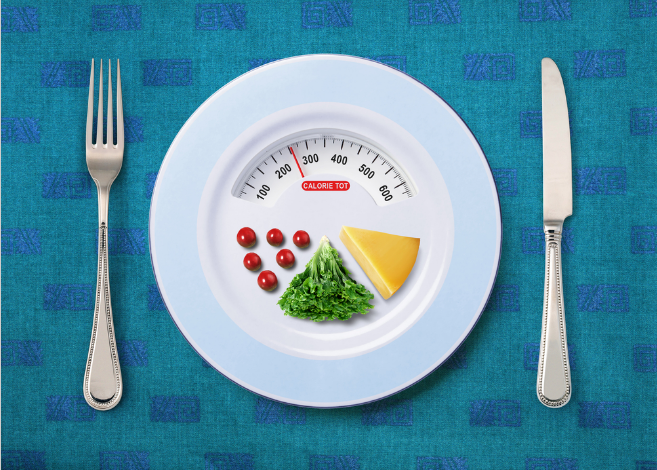 Jon Brower Minnoch hailed from Washington State. At the young age of 12, he weighed 298 pounds (135 kilograms). His weight increased steadily until he reached a peak weight of 1,400 pounds (635 kilograms) in 1978.

That March, he suffered heart and respiratory failure and 12 firemen were needed to transport him to University Hospital in Seattle. Once there, he was diagnosed with massive edema and the doctor estimated that he carried 900 pounds (400 kilograms) of accumulated fluid.

He remained in the hospital for two years, lying on two beds lashed together. It required 13 people to roll him over. He was put on a 1,200 calorie diet and, by the time he was discharged in 1980, he had lost 924 pounds (419 kilograms) the largest weight loss ever recorded.

Jon Brower Minnoch holds another record that most people wouldn’t want to break.

See, while in the hospital, Minnoch married a woman named Jeannette and, because she weighed only 110 pounds (50 kilograms), they set a record for the biggest weight difference between spouses.

Unfortunately, chronic obesity and the rapid weight loss took a toll on Minnoch’s body and he died in 1983 at the age of 41. 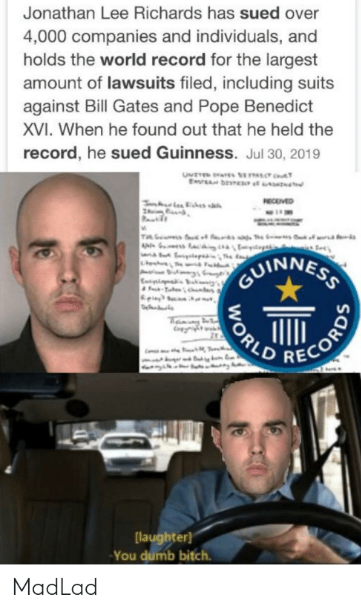 Jonathan Lee Richards has sued over 4,000 companies and individuals. As a result of this, he holds the world record for the largest number of lawsuits filed, including suits against Bill Gates and Pope Benedict XVI.

When he found out that he held the record … guess what? Yep, he tried to sue Guinness too. Let’s hope he doesn’t file a suit against us for including him on this list.

16.Most t-shirts removed while heading a soccer ball 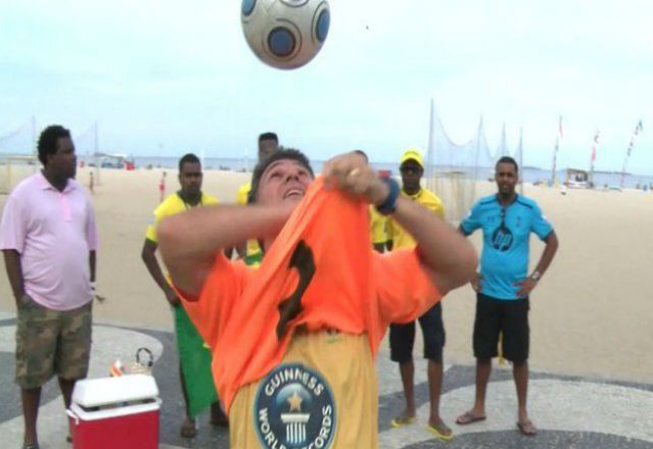 Apparently, this is what some people use their soccer skills for when they can’t make it big professionally. Everyone’s not destined to be a multimillionaire like Cristiano Ronaldo or Leo Messi, after all. However, Marcelo Ribeiro da Silva from Brazil holds a record that both superstars can’t probably break.

The 44-year-old man set a new record for “Most t-shirts removed while heading a football [soccer ball],” achieving 22 during Univision’s live broadcast of the Balón de Oro from the Ace Hotel in Los Angeles, California, in 2018. 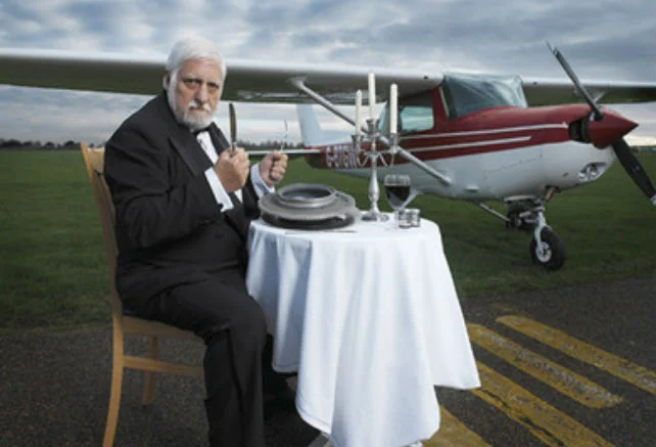 Michel Lotito, who passed away in 2007 at age 57, was famous for eating nine tons of metal over the course of his lifetime. His “meals” included a whole Cessna 150 airplane.

Unsurprisingly, Lotito suffered from Pica, a disease that made him crave eating non-food objects like dirt and glass. 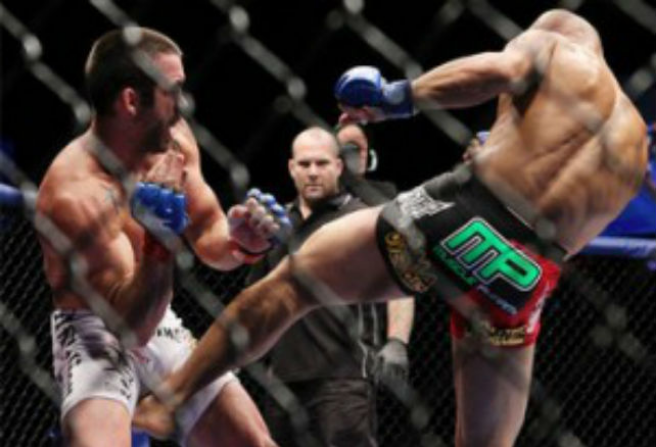 For any man, getting kicked in the groin is excruciating, no matter how hard the kick. But, it does stand to reason that the amount of pain felt would depend on how hard the kick actually was.

Seasoned combat expert Roy Kirby currently holds the world record for receiving the hardest kick to the groin, which was delivered by MMA fighter Justice Smith at a speed of 22 mph with 1,100 pounds of force.

And, no, Kirby did not wear a cup.

13.The largest object ever removed from a human skull 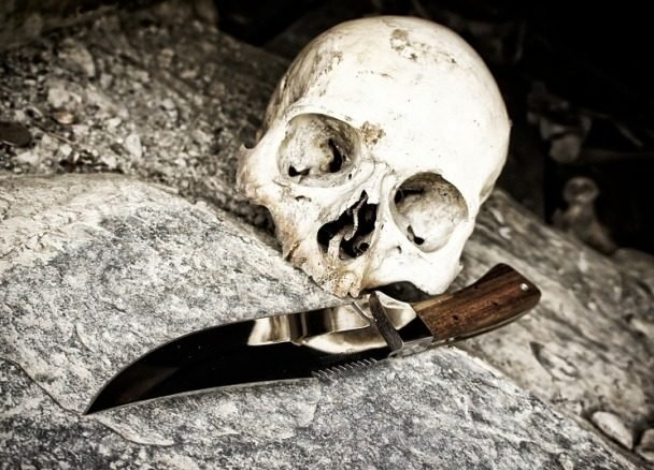 Getting stabbed isn’t a fun experience, especially if you were to get stabbed in the head. That means you would either die or suffer a great deal of brain damage.

In 1998, an American man named Michael Hill was stabbed in the head with a survival knife measuring eight inches in length. He was fortunate enough to survive the stabbing and he even became famous for it.

He currently holds the world record for having the largest object removed from a human skull, a record that no one should ever want to beat. 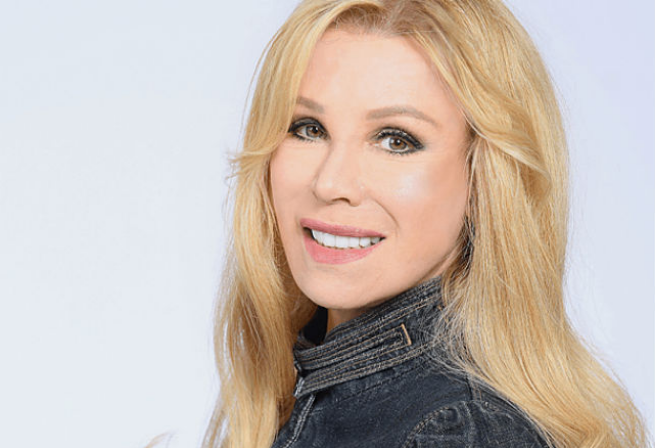 Cindy Jackson is a very special woman. Well, in a certain way at least. According to Guinness World Records, she has undergone the most cosmetic surgeries ever, as she has had 52 procedures since 1988.

Included in these operations are two nose jobs and eye lifts, cheek and lip implants, liposuction, and operations on her knees, thigh, and jawline. She has also received chemical peels, a chin bone reduction, and what is known as semi-permanent makeup. 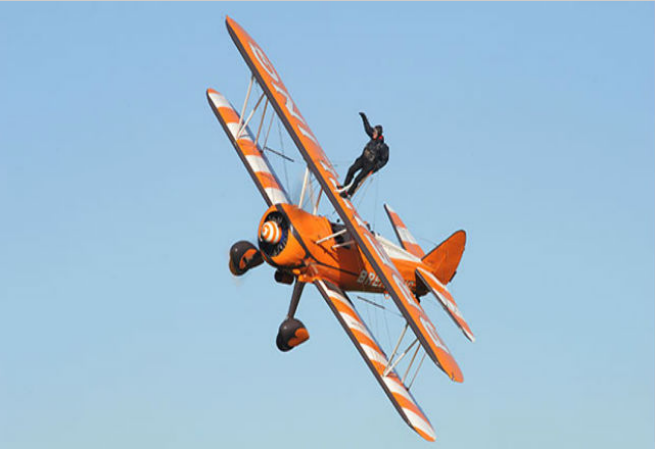 Thanks to airshows in the 1920s, there have been people who performed the act of wing walking, which is moving on the wings of an airplane mid-flight.

Even with all the safety precautions in place, such a stunt is extremely dangerous, no matter your age. This is why Thomas Lackey will likely retain his record of being the oldest wing-walker for a long time. 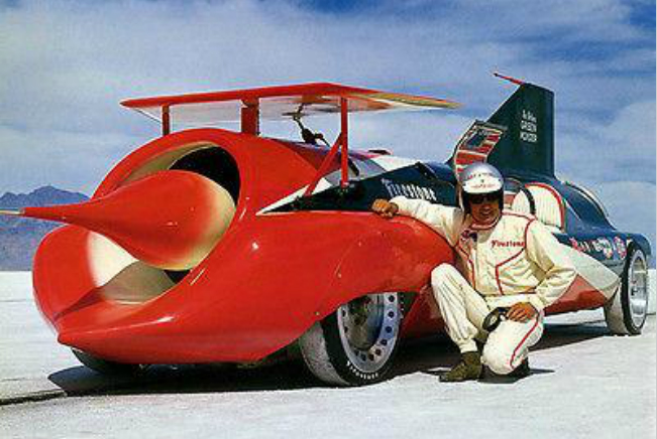 The fastest car crash anyone has survived took place on the 17th of November, 1966, at the Bonneville Salt Flats near Utah.

Land-speed-record racer Art Arfons was piloting his jet-powered Green Monster at around 610 mph (981 km/h) when the bearings on the right front wheel seized, sending the car tumbling for more than a mile across the flats.

Arfons was pulled from the wreckage, dazed and bloodied. Astonishingly, he only suffered from cuts, bruises, and friction burns from the salt lake’s rough surface.

9.Sniffing the most feet and armpits 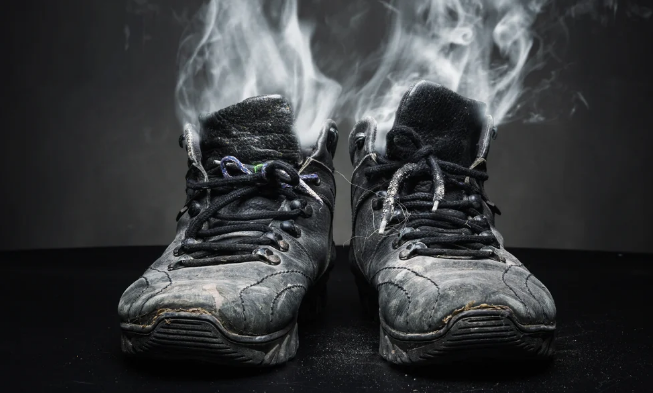 The average person does not like bad smells, especially body odor. This also explains why there is a billion-dollar industry revolving around products designed to make you smell good.

But, in order to test these products, some employees have to perform smelling tests.

A lab worker named Madeline Albrecht has the “distinction” of holding the world record for sniffing the most armpits and feet, a record she achieved during her 15-year career at Hill Top Research Laboratories in Cincinnati, Ohio.

It’s estimated that poor Albrecht has sniffed roughly 5,600 feet, which you can try to beat if you dare. She has also sniffed an “indeterminate” number of armpits; this means you will probably need to smell at least 6,000 armpits just to get close to her “mythic” record. 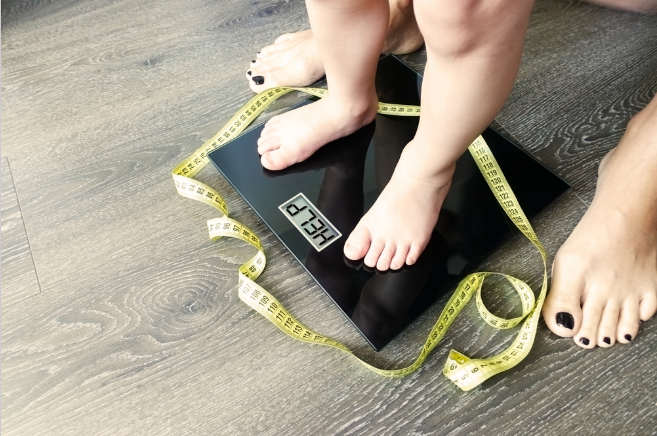 Carol Yager from Michigan was the heaviest woman to have lived, peaking at 1,600 pounds (730 kg). But that wasn’t her most impressive “achievement.”

Unfortunately, Yager died in 1994, aged only 34. Her death certificate lists kidney failure as the cause of death, with morbid obesity and multiple organ failure as contributing causes. 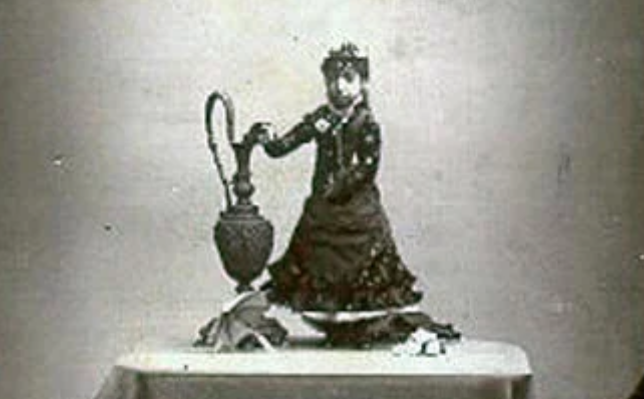 Lucia Zarate, from Mexico, has been described by the Guinness Book of Records as the lightest woman to ever live. At just 4.7 pounds and only 21.5 inches tall, Zarate was the lightest and one of the shortest humans to ever walk on this planet.

To get an idea of how tiny she really was, her calf was barely thicker than the average adult male’s thumb. She died of hypothermia when her circus train became stranded in snow in the Sierra Nevada Mountains in 1890. 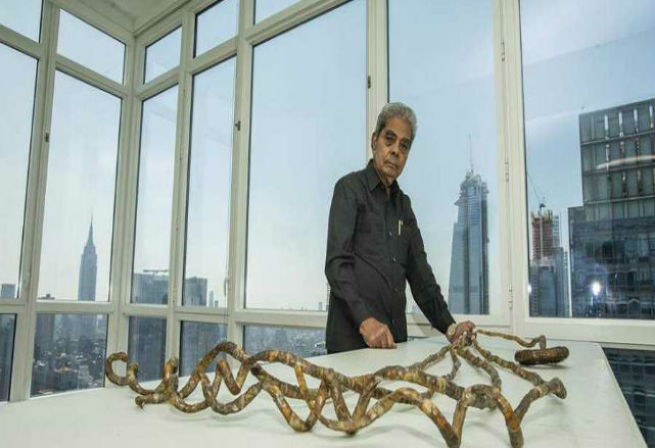 Shridhar Chillal, from India, didn’t cut his nails for 66 years! Just before cutting them, his nails measured over 29 feet in length.

He started growing them after being chastised by a teacher for breaking a nail when he was 14.

Keep in mind that he only grew the nails on his left hand this long, allowing for full mobility with his right hand. Chillal’s a smart dude and a record holder. 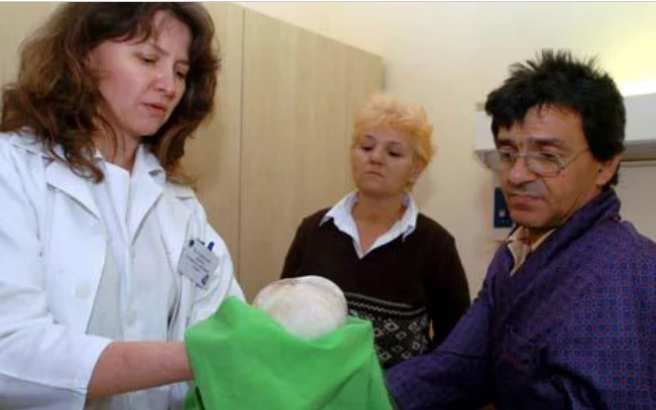 Kidney stones do not normally get much bigger than a golf ball. And even that is usually considered very large.

But there’s always an exception to every rule. In 2009, a Hungarian named Sandor Sarkadi had a 1.13 kilogram (2.5 lb) stone removed; it was the size of a coconut.

I don’t even want to imagine the pain this “lucky” record holder went through until this monster-stone was removed from his body.

4.The heaviest mantle of bees 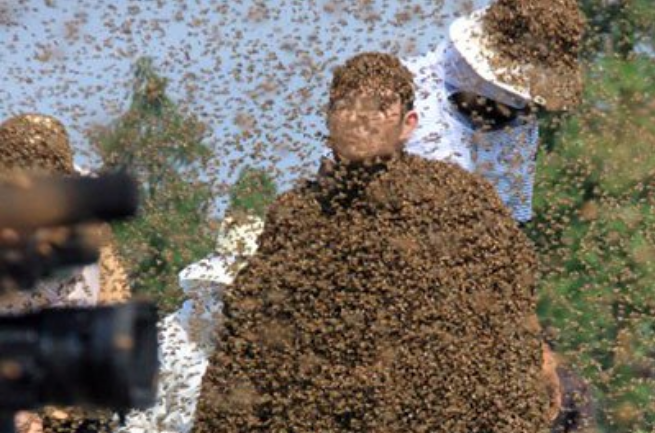 We may not like it when they buzz around us or when they set up a hive somewhere on our property (or when they sting us), but the truth is that we cannot live in a world without bees.

As important as bees may be, though, one should always keep a respectable distance from them. Apparently, that “unwritten rule” doesn’t apply for Ruan Liangming. This Chinese man currently holds the record for being covered by the heaviest mantle of bees.
He was covered by roughly 637,000 of them, a combined weight of approximately 140 pounds. This is obviously not a good idea because whoever attempts to break this insane record will definitely get bitten or stung a few hundred times.

3.Most cockroaches eaten in a minute

Most normal people hate cockroaches with a passion. But that’s not always the case. See, there are some people who actually eat cockroaches.

Ken Edwards from Derbyshire, England, probably loves eating cockroaches more than anyone else on this planet. After all, he’s the man who holds the record for eating more cockroaches (36) in just one minute on the set of The Big Breakfast TV show on March 5, 2001.

Nobody has attempted to break his record in the past 19 years. 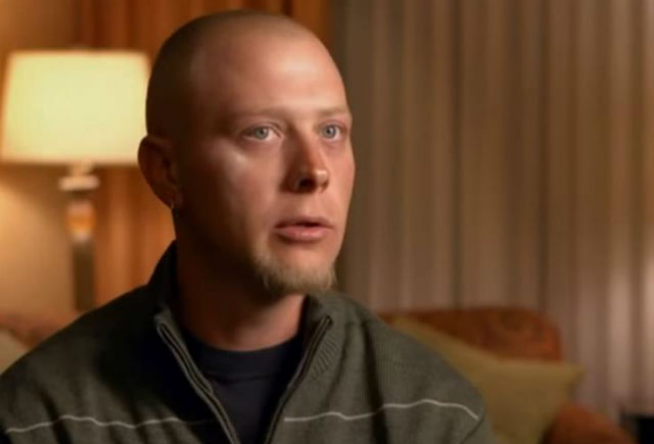 On March 12 of that year, 19-year-old Matt Suter was engulfed by a tornado while inside a mobile home near Fordland. Suter was knocked unconscious and awoke 398 meters away in a nearby field. Thankfully, he only suffered minor injuries. 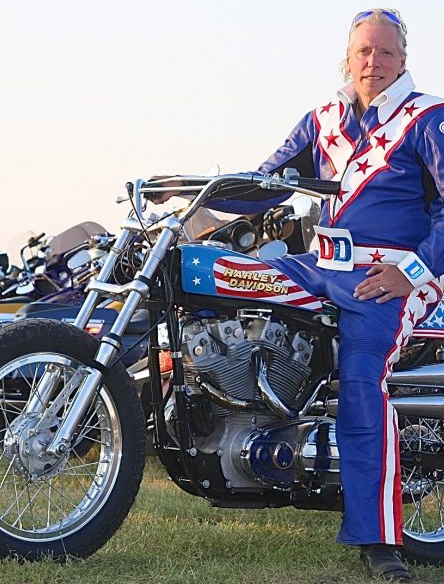 Evel Knievel, the pioneer of motorcycle long-jumping exhibitions, holds the record for most broken bones in recorded history.

He suffered 433 bone fractures by the end of 1975. After that year, and after suffering numerous concussions and hundreds of broken bones, he decided to retire from major performances.

However, he continued to do smaller exhibitions around the country with his son, Robbie, establishing him as his successor. Thank God, his son hasn’t tried to break his papa’s records.