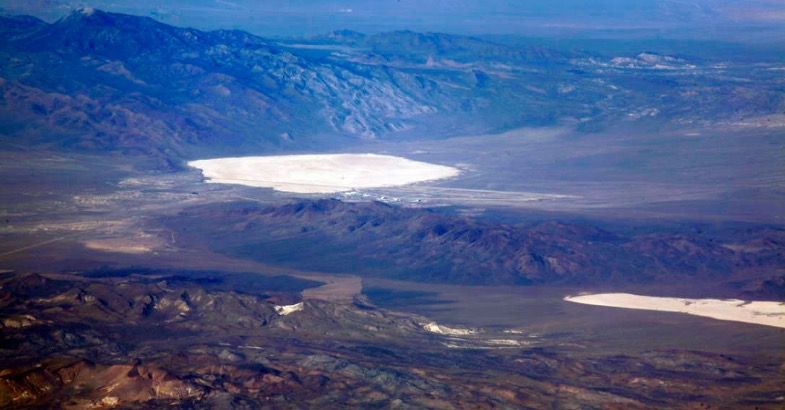 Unless you've been hiding under a WiFi-proof rock over the past few days, you will have no doubt heard that over 1 million people have half-jokingly signed up to "storm" Area 51 on September 20, 2019, in a meme-fuelled haze of irony, irreverence, and curiosity.

Ignoring the stuff you see on badly edited YouTube videos at 2am, what do we actually know about Area 51?

Area 51 – sometimes known as “Dreamland,” "Watertown," “Paradise Ranch,” or just “the Ranch,” – is a classified US Air Force base found near a salt flat known as Groom Lake in the dusty depths of Lincoln County, southern Nevada. It serves as a remote detachment of Edwards Air Force Base, found a short hop over the state border in southern California.

Protected by 37 by 40 kilometers (23 by 25 miles) of restricted airspace, it’s totally off-limits to the public (you too, Internet mob) and is closely guarded with military force 24/7. In fact, the base is (or at least was) only accessible by aircraft, according to the CIA. Any cargo or personnel hoping to enter the base would have to be shuttled in. 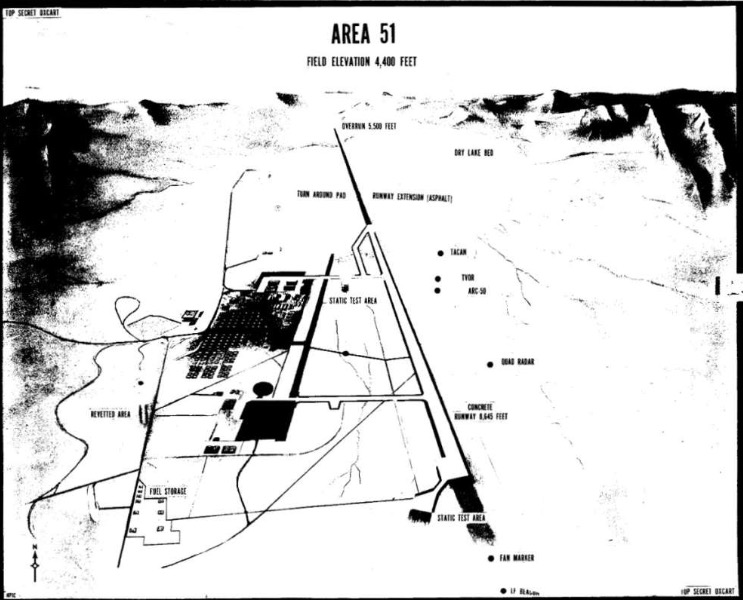 A 1966 diagram showing the runway for OXCART, believed to be in Area 51.

Its secretive nature has provided fertile ground for conspiracy theories ever since the base was built in the 1950s. Batshit ideas come and go, like a fever, but one of the most prevailing theories speculates that the base is used for the study of alien life and the reverse engineering of alien spacecraft. Some theorists suggest that material from the supposed crash at Roswell in 1947 was taken to Area 51 for analysis and used to develop the United States’ next generation of aircraft technology.

But what's it actually for? What goes on there, if it's not aliens?

During the early days of the Cold War, the site was certainly used for the development of experimental aircraft. In 1955, Area 51 was the test site for the Lockheed U-2, a high-altitude reconnaissance aircraft that became one of the most famous spy planes ever built. The test flights of the U-2, among other aircraft over the decades, prompted numerous sightings of unidentified flying objects (UFOs) by civilian and aircraft pilots. It’s estimated that over half of all UFO reports over the US from the late 1950s and 1960s can be accounted for by crewed military flights, namely the U-2. 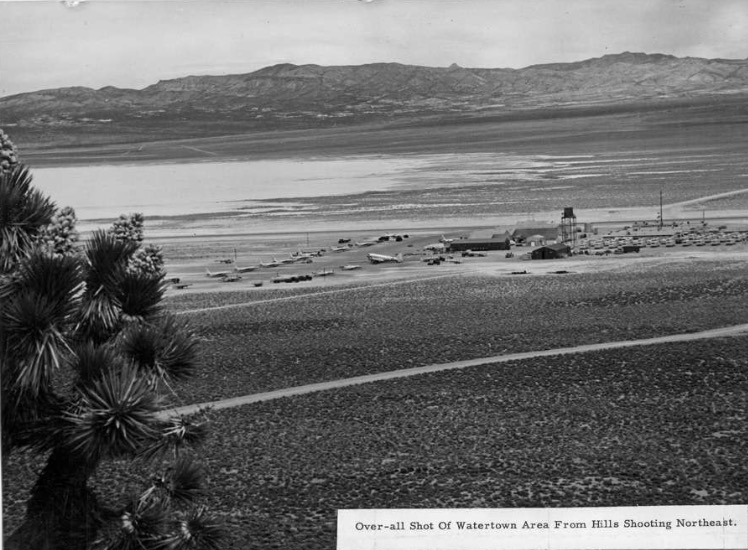 Many other advanced warplanes are believed to have been developed here, most notably the A-12 OXCART, however, authorities have kept very quiet about the facility’s work, especially in recent decades. It was also once suggested that Area 51 was used by the US government to test out stolen and “secretly acquired” Soviet aircraft during the Cold War.

Images of Area 51 can be seen on Google Maps (below). Weirdly enough, the map view even says there's a Del Taco restaurant in the base. However, satellite imagery of the base was tightly prohibited until recently. As reported in The Space Review in 2006, astronauts aboard NASA’s Skylab 4 landed themselves in hot water with the CIA in 1974 after inadvertently photographing “a facility that did not officially exist,” thought to be Area 51.

As for stories about little green men and fake Moon landing film sets, that is yet to receive any credible evidence. Maybe, just maybe, the truth is out there... but it's probably not at Area 51.