Aww, a cute mini-moon is orbiting Earth right now. But like all good things, it too will abandon us at some point 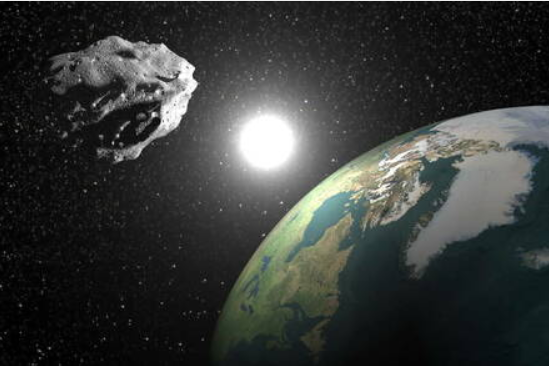 Vid Earth has a mini-moon: a space rock close enough to be a near-Earth asteroid spotted this month orbiting our planet.

The object, known as 2020 CD3, was reported by the International Astronomical Union’s Minor Planet Center, a small organisation that tracks asteroids and comets. It's most likely an asteroid that has been captured by Earth's gravity while passing through the Solar System.

Little is known about this cosmic boulder. An analysis of its orbit revealed it’s only temporarily tethered to Earth, and it’s expected to fly away back out to space in the near future.

“No evidence of perturbations due to solar radiation pressure is seen, and no link to a known artificial object has been found,” the Minor Planet Center said. “Further observations and dynamical studies are strongly encouraged.”

Kacper Wierzchos, a senior research specialist working at the Catalina Sky Survey, a NASA funded project to discover and monitor near-Earth asteroids based at the University of Arizona, said he spotted the object moving across the night sky earlier this month.

It is estimated to be between 1.9 to 3.5 metres wide (6.2 to 11.5 feet). A simulation of 2020 CD3’s motion over time reveals that it actually entered Earth’s orbit about three years ago, but it wasn’t discovered until now. The object completes a lap around terra firma every 47 days, traveling in a oval-shaped orbit. Elon Musk said the thing isn't his orbiting Roadster.

Space rocks visiting Earth like this are rare. Described as mini-moons, the only other time that one graced our planet (that we know about) was in 2006. A tiny asteroid, measuring a couple of meters in diameter and known as 2006 RH120 was also discovered by folks working at the Catalina Sky Survey.

That traveling object usually orbits the Sun, but it occasionally finds itself approaching close to Earth every twenty years or so. As it nears our planet, it can get sucked in by Earth’s gravitational field if it’s moving at a sufficiently slow speed.

After 2006 RH120 was captured, it was thrown into an orbit around Earth like the Moon. The mini moon stuck around for less than nine months until it flew off back out into space.

How Do Clouds Form? Cloud Ingredients and Formation By Rachelle Oblack We all know what clouds are—visible collections…