The Ancient Chinese were famous for their inventions and technology. Many of their inventions had lasting impact on the entire world. Other inventions led to great feats of engineering like the Grand Canal and the Great Wall of China.

Here are some of the notable inventions and discoveries made by the engineers and scientists of Ancient China:

Silk - Silk was a soft and light material much desired by the wealthy throughout the world. It became such a valuable export that the trade route running from Europe to China became known as the Silk Road. The Chinese learned how to make silk from the cocoons of silkworms. They managed to keep the process for making silk a secret for hundreds of years.

Paper - Paper was invented by the Chinese as well as many interesting uses for paper like paper money and playing cards. The first paper was invented in the 2nd century BC and the manufacture later perfected around 105 AD. 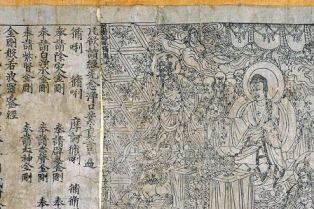 Printing - Wood block printing was invented in AD 868 and then moveable type around 200 years later. This was actually hundreds of years before the invention of the printing press by Gutenberg in Europe.

The Compass - The Chinese invented the magnetic compass to help determine the correct direction. They used this in city planning at first, but it became very important to map makers and for the navigation of ships. 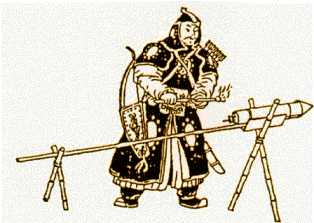 Gunpowder - Gunpowder was invented in the 9th century by chemists trying to find the Elixir of Immortality. Not long after, engineers figured out how to use gunpowder for military uses such as bombs, guns, mines, and even rockets. They also invented fireworks and made great beautiful displays of fireworks for celebrations.

Boat Rudder - The rudder was invented as a way to steer large ships. This enabled the Chinese to build huge ships as early as 200 AD, well before they were ever built in Europe.

Other - Other inventions include the umbrella, porcelain, the wheelbarrow, iron casting, hot air balloons, seismographs to measure earthquakes, kites, matches, stirrups for riding horses, and acupuncture.