By Brandon Specktor
Foreshocks — the tiny, sometimes imperceptible tremors that precede massive earthquakes — are way more common than we thought. 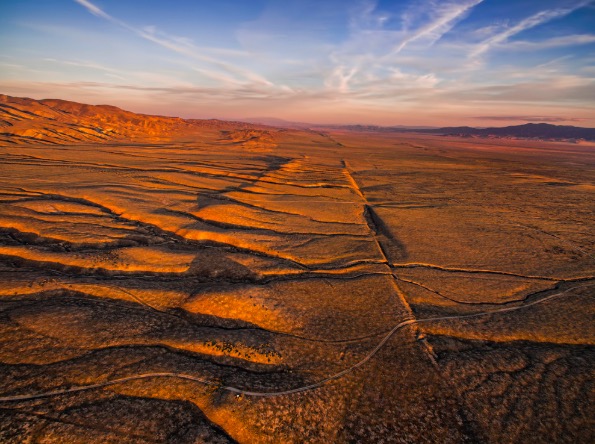 How do earthquakes begin? It's an ancient question — and while scientists have ruled out the vengeful gods blamed over the past few millennia, agreeing that tremors are more a matter of grinding plate tectonics than of Poseidon's wrath, many facets of this seismic puzzle remain murky.

One ongoing mystery is the phenomenon of foreshocks, small, sometimes imperceptible tremors that can precede larger quakes in the same area by several days or weeks. Studies have found that anywhere from 10% to 50% of large earthquakes follow these minishocks. This has led many researchers to wonder whether foreshocks are a geophysical fluke or a standard feature of big quakes that modern instruments just aren't sensitive enough to detect with certainty.

A study published July 30 in the journal Geophysical Research Letters offers compelling new evidence for the second hypothesis. Using the most comprehensive catalogue of earthquake activity in Southern California ever assembled, a team of researchers found that roughly 72% of large (magnitude 4.0 or greater) quakes in the region between 2008 and 2017 followed distinct foreshocks that hit up to a month before the event.

Trugman and his colleagues began their hunt for foreshocks by compiling a catalogue of some 284,000 earthquakes detected by various monitoring stations around Southern California between 2008 and 2017. Using a technique called quake template matching (QTM), the researchers trained a computer to recognize the distinct waveform these quakes created, then scoured the records for hints of smaller quakes showing those same vibrational patterns, hints that lay hidden in the constant, rumbling background noise of Earth.

The team turned up more than 1 million additional earthquakes, many of them magnitude 0.0 or less (seismologists measure earthquake magnitude on a logarithmic scale, so a magnitude 0.0 quake would be about 10,000 times weaker than a magnitude 4.0 quake). In total, the researchers expanded their catalogue to include 1.81 million earthquakes, or an average of one quake every 3 seconds over the last 10 years, Trugman said.

From this expanded list, the researchers picked 46 quakes with magnitude 4.0 or higher to study for foreshock activity. But first, the team had to calculate the average number of earthquakes near each fault line in Southern California.

"If you pick any point in Earth's crust, especially near an active fault zone, there's going to be a background rate of seismicity," Trugman said. "To show that there are foreshocks, you have to demonstrate that there are more earthquakes than you'd expect leading up to the larger event."

Armed with these seismic averages, the researchers showed a statistically significant increase in foreshock activity shortly before 33 of the 46 big quakes. Foreshocks activity spiked anywhere from three to 35 days before a mainshock hit, with the average increase in rumbling occurring about 16 days before the big event.

"The results suggest that foreshock occurrence in nature is more prevalent than previously thought," the researchers concluded in their study.

And what about the 28% of quakes that lacked a surge in foreshock activity? Trugman said it's likely that many of those quakes did see foreshocks as well but the researchers just couldn't define them with "99% certainty."

"There are a number of cases where there is an increase in seismic activity, but we're not sure it's statistically significant," Trugman said. As seismic-monitoring equipment improves, so too should foreshock detection, he said.

Still, Trugman added, some of the big quakes clearly missed such a spike in foreshocks before the heavy rumbling began. And, on the flipside, a vast majority of the tiny quakes he and his team discovered did not precede large earthquakes at all, meaning that simply seeing an increase in seismic activity along a given fault line is not a reliable predictor of a bigger earthquake to come.

"What we show in this paper is that most if not all mainshocks are preceded by elevated seismic activity that cannot be explained as simple background seismicity," Trugman said. "But that is a very different statement from saying that 'most upticks in seismicity are foreshocks that signal that a mainshock is impending'."

This all shows that the processes that initiate earthquakes are "quite variable," Trugman said, reminding us that seismologists are still a good ways away from being able to forecast earthquakes with any certainty. Perhaps we shouldn't let Poseidon off the hook yet after all.