The brain's drain: How our brains flush out their waste and toxins 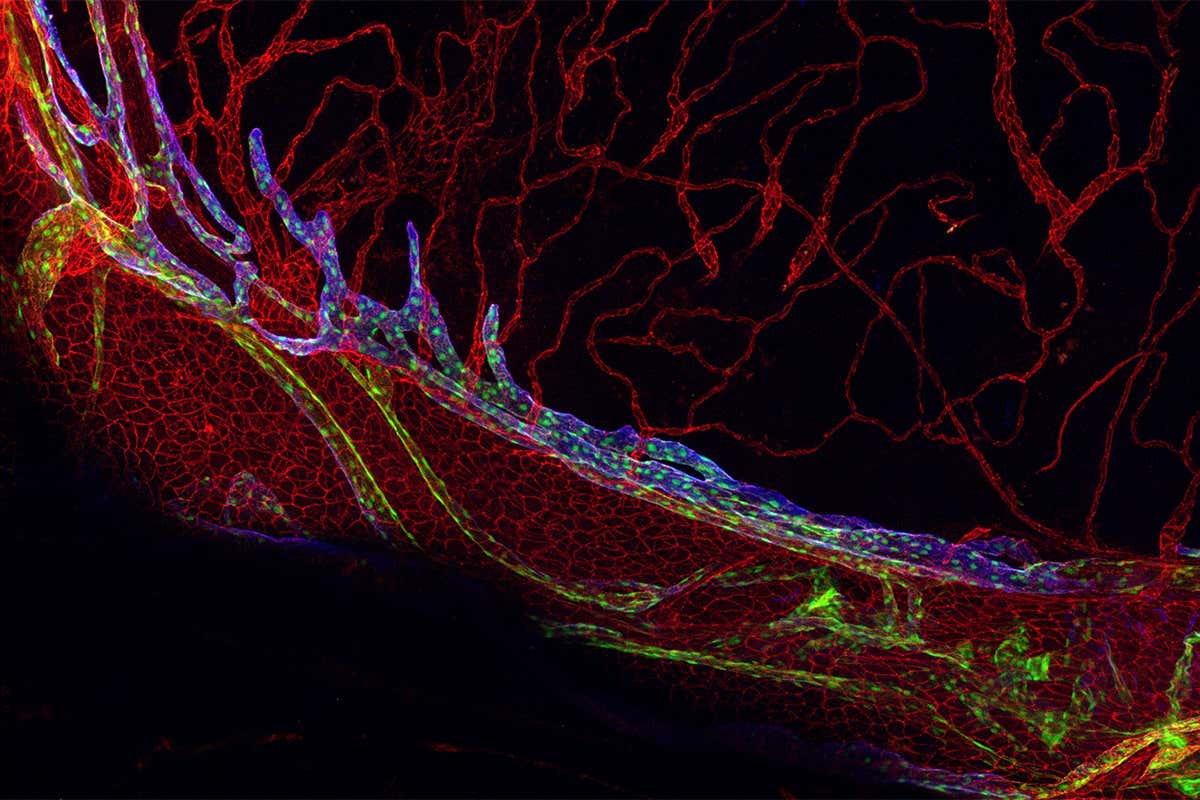 How does the brain clean itself? We now know a major route for clearing toxins out from the brain, and the finding could help us understand what goes wrong in age-related conditions such as Alzheimer’s disease.

Whereabouts cerebrospinal fluid enters and exits the brain has been a long-standing enigma, says Gou Young Koh at the Korea Advanced Institute of Science and Technology in South Korea. In 2014, a network of vessels called the meningeal lymphatic vessels in the outer brain membrane were found to play a part in regulating the brain’s fluids, flushing out excess proteins that can build up in the brain.

However, because of the brain’s complex structure, it remained unclear where the majority of this drainage occurs.

The team found a significant decline in cerebrospinal fluid drainage in the brains of older mice. Animals who were 2 or more years old had about half the level of drainage through their basal meningeal lymphatic vessels than those aged 3 months.

“It’s amazing that this is such a basic anatomical question and we don’t know how something as important as fluid around the brain is cleared out,” says Steven Proulx at the University of Bern in Switzerland. “This is not the end of the discussion, though. Our own findings are that drainage pathways in the nasal region and even the optic region are as important or even more important than this one.”

The draining of cerebrospinal fluid is thought to be important for brain health. In conditions like Alzheimer’s disease, proteins such as amyloids can build up in the brain and may cause damage.

Proulx says there may be several routes for the brain to drain fluids, including the spine. “Knowing where this flow happens is important for understanding immune reactions that can occur through the central nervous system and how toxic proteins like amyloids could be removed,” says Proulx.

He suggests that it might be possible to use growth factors to boost drainage from the brain to treat neurodegenerative disorders.

Some research has previously suggested that toxins are mostly flushed out from the brain during sleep, but other studies have found this evidence to be inconclusive.

How the Socratic Method Works and Why Is It Used in Law School By Michelle Fabio Updated July 15,…

The Coolest Futuristic Deaths By Hudson Hongo (Image: Getty) The far future is notoriously unknowable, but one thing we…