Disney’s ‘Mulan’ Gamble: How Much Can It Make By Skipping Theaters?

By Adam B. Vary

It’s almost shocking to consider this now, but the very same week in March that the entire entertainment industry effectively shut down due to the COVID-19 pandemic, the Walt Disney Company hosted a lavish and star-studded red carpet premiere in Hollywood for what was expected to be one of the year’s biggest theatrical releases: “Mulan.” Hundreds of guests sat in the dark together to watch director Niki Caro’s live-action reimagining of Disney’s 1998 animated feature while snacking on individually packaged tubs of popcorn and taking in the film’s epic scope on a massive, 60-foot screen.

It was the last time U.S. audiences will watch “Mulan” in a movie theater for the foreseeable future.

Just three days after the U.S. premiere — and mere hours after the European premiere in London — Disney postponed “Mulan’s” March 27 release due to the pandemic, hopscotching it first to July 24, then to Aug. 21 before taking it off the release calendar all together. Then on Tuesday, Disney CEO Bob Chapek unveiled the news that “Mulan” will skip U.S. theaters entirely. Instead, the movie will premiere on premium video-on-demand through the studio’s subscription streaming service, Disney Plus. Starting on Sept. 4, audiences can rent “Mulan” for $29.99 on top of the streamer’s monthly fee of $6.99.

In his announcement, Chapek was at pains to emphasize that sending “Mulan” to PVOD was a “one-off” that did not indicate Disney was looking at “some new business windowing model” — like the one created by Universal Studios’ deal with AMC Theaters allowing Universal to put its films on premium VOD just 17 days after opening in AMC’s theaters. Chapek also noted that “Mulan” will play in theaters — just not in territories that currently have Disney Plus, which includes almost all the major international markets, including the United Kingdom, France, Italy, Spain, Germany, Japan, Australia and New Zealand.

Despite Chapek’s protestations, however, what’s happened with “Mulan” has the potential to be transformative for the industry, something film historians look back at as a pivotal moment in how the COVID-19 pandemic forever altered the theatrical landscape.

Or not. The impact of this decision all depends, really, on how much “Mulan” can make on VOD.

And that’s a hard number to pin down. 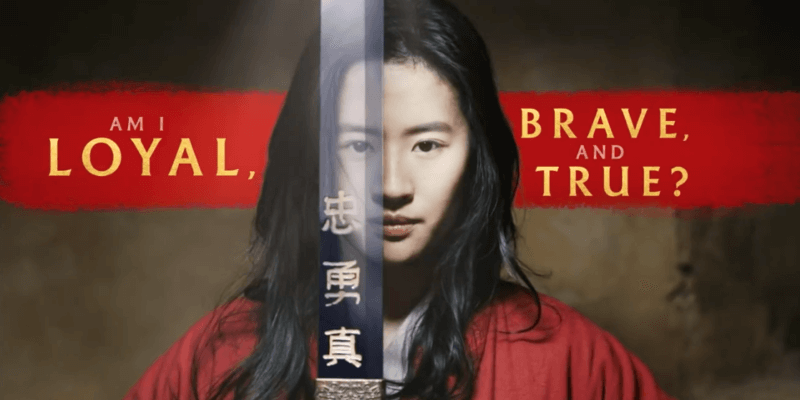 Jeff Bock, a box office analyst with Exhibitor Relations, ballparks that absent the pandemic, Disney was likely aiming for a $70 million domestic opening weekend for “Mulan” — some tracking put its domestic debut as high as $85 million — and the film could have ended its domestic box office run with at least $210 million. Globally, Bock says “Mulan” was expected to earn around $750 million, amounting to roughly $375 million in net profits for the studio. Much of those returns would’ve been aided greatly by the Chinese box office; “Mulan” is based on a classic Chinese ballad about a teenage girl (Chinese star Liu Yifei) who disguises herself as a male warrior so her infirm father (Tzi Ma) won’t have to serve in combat.

Today, however, the theatrical landscape worldwide is a shadow of its former self. Last weekend, the total domestic box office receipts totaled just over $5 million from about 1,300 theaters, according to a source with knowledge of current box office returns. And although roughly 7,099 theaters in China, or 65% of all all theaters in the country, were open last week, total grosses in the country amounted to just $17.6 million, according to industry data tracker Maoyan.

With audiences in seemingly no rush to race back to theaters any time soon, there’s no chance that Disney could come within a mile of recouping “Mulan’s” $200 million production budget with a traditional theatrical release, and that’s not even considering the cost of a global marketing campaign for the March release that never happened.

“Had [‘Mulan’] opened exclusively in theaters in the U.S. over the next couple months, it would have likely been a disaster,” Bock says. “The majority of families aren’t going anywhere near a theatre for some time, and Disney obviously feels similarly or they wouldn’t have gone full-stream ahead.”

So can Disney make that money back on PVOD?

“The truth is no one really knows,” says Bock.

But let’s try to figure it out anyway. 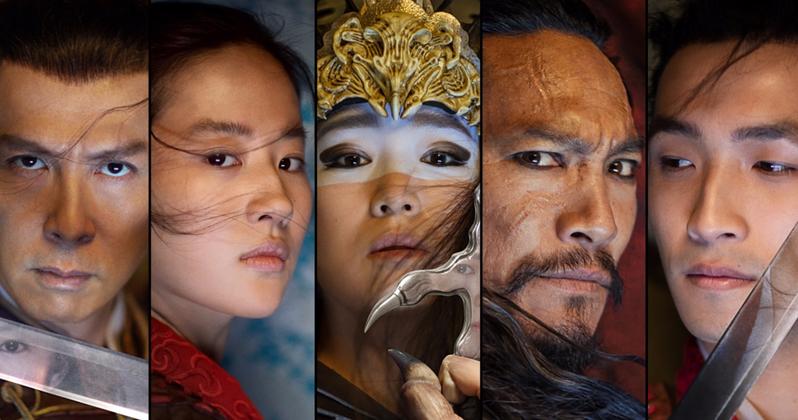 First, let’s look at the inaugural direct-to-PVOD experiment during the pandemic, Universal and DreamWorks Animation’s “Trolls World Tour.” After Universal decided to release the film as a digital rental on April 10 for $19.95, the studio, without citing any specific numbers, touted that it was the biggest debut for a digital release of all time — in other words, the “Avengers: Endgame” of PVOD. After three weeks of release, the family film earned over $77 million in revenue, according to a Wall Street Journal report citing NBCUniversal chief Jeff Shell. The Journal further calculated that, based on a retention of roughly 80% of digital rental fees, “Trolls World Tour” had likely grossed nearly $100 million from nearly 5 million in rentals.

It bears repeating that, as with virtually all digital distribution, we have to take NBCUniversal’s word here, since there’s no independent reporting of PVOD audience numbers. But for the moment, “Trolls World Tour,” however improbably, is the industry’s highest bar for a first-run digital release. This is what Disney is shooting for.

Next, consider Disney’s decision to keep “Mulan” within Disney Plus, rather than open it up to the larger digital distribution ecosystem. On the one hand, the studio will retain 100% of its profits since it owns the distribution platform outright. On the other hand, the pool of potential consumers is restricted to 60.5 million Disney Plus subscribers worldwide, the vast majority of whom already shell out roughly $6.99 a month for the service. Of course, Disney hopes “Mulan” will pull in new Disney Plus subscribers, but no one knows exactly how many people would subscribe to a streaming service in order to also pay more money for one movie.

Finally, let’s do some rather unforgiving math. If “Mulan” equaled “Trolls World Tour’s” purportedly record-setting debut — bearing in mind that “Mulan” costs $10 more per rental than “Trolls World Tour” did, on top of the Disney Plus subscription fee — “Mulan” would earn Disney just over $149 million in grosses in its first three weeks. That is, to put it mildly, not nearly enough to break even.

Bock thinks “Mulan” could get there. “Beating the other studios to the punch in terms of dropping a sizable blockbuster on PVOD may turn out to be the golden goose for the studio,” he says. “Audiences have been without big popcorn movies for months now.”

“Mulan” is one of Disney’s more well-known titles, especially for parents who grew up in the ’90s and fondly remember the animated musical feature. The studio is banking on that name recognition justifying the higher $29.95 price point. But as was the case before the pandemic for so many potential blockbusters, should domestic interest in “Mulan” prove softer than top-line hopes, its full earnings potential will be decided largely by its theatrical release in China.

“China was always the big play with this film,” says Bock. “However, the theatrical reboot [there] has been less than stellar over the last couple weeks. Another three to four weeks and premium fare may make the difference, but again, we’re in uncharted territory.” Even if “Mulan” is a sensation in China, Disney’s cut of those returns will be muted, between government limits on theater capacity and showings per day, and Chinese exhibitors holding a greater percentage of returns.

Looming over all this is the question of whether Disney’s hybrid release for “Mulan” has any hope of matching what it could have earned in theaters in a world without COVID-19. To reach $375 million in profits on PVOD alone, “Mulan” would have to draw over 12.5 million rentals — roughly one in five Disney Plus subscribers.

Again, we have absolutely no idea whether that can happen. If it does, however, then “Mulan” could make history.

“Without a vaccine, Disney is in a precarious position, since a majority of their films appeal to family audiences, and PVOD and streaming are the best way to reach that specific audience right now,” Bock says. “If ‘Mulan’ becomes a huge streaming success for Disney—imagine what a Marvel or Pixar film could achieve in this landscape.”