Félicette, the First Feline in Space, Finally Gets Her Due 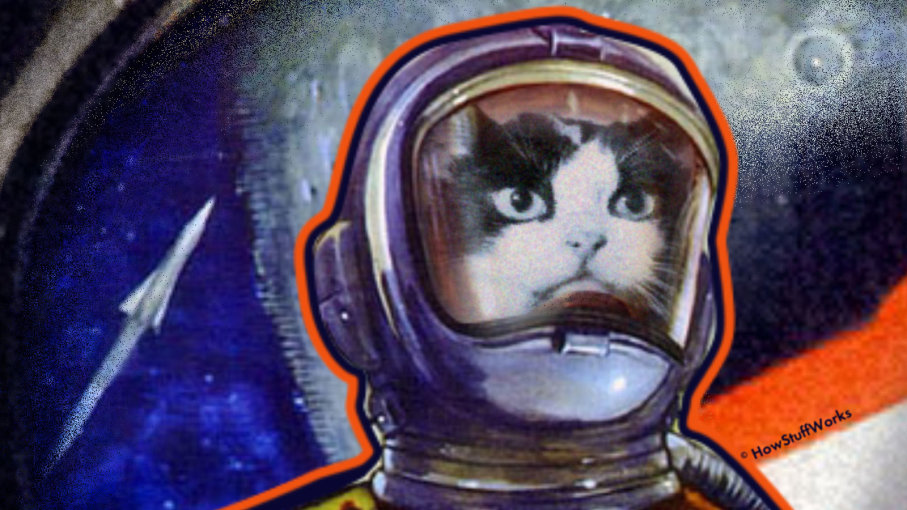 In the 1950s and '60s, scientists around the world launched a veritable menagerie of creatures into space. The idea was to gauge the effects of spaceflight on living creatures in the hopes that humans could follow.

The Soviet Union sent a stray Moscow dog named Laika into space, and subsequently, the pooch was honored as a national hero. Ham the chimpanzee was famously buried at the International Space Hall of Fame in New Mexico following his contributions to the U.S. space program.

And then there was France, which sent the first (and so far only) cat into space. She was ignobly forgotten until just a few years ago.

So, who was this hero cat, anyway?

Félicette was one of 14 cats summoned to the French space program. Each cat had electrodes implanted into their brain, and all were subjected to many of the same activities included in human astronaut training. French scientists decided to use cats as they already had a lot of neurological data on them. 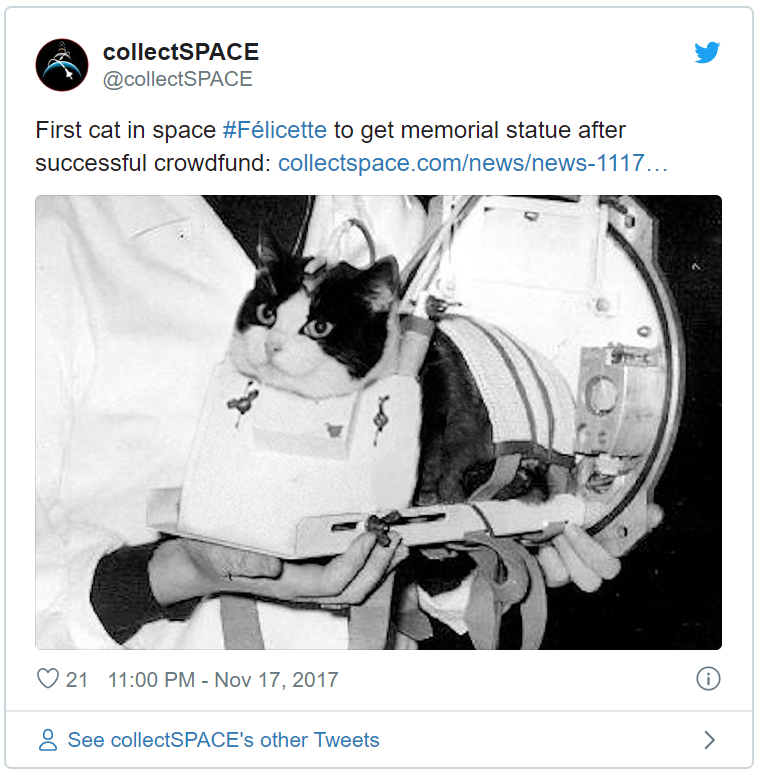 At the conclusion of training, the petite tuxedo Félicette got the green light, in part because she had such a calm demeanor (and possibly because the other cats got too chubby during training).

On Oct. 18, 1963, Félicette (who was officially known as C 341), was strapped into a Véronique rocket and blasted from Algeria to nearly 100 miles (161 kilometers) above Earth. She experienced about five minutes of weightlessness followed by the terror of a turbulent, spinning descent via parachute.

Just 15 minutes later, the flight was complete. A helicopter crew dashed to the landing site, threw open the cabin, and found Félicette alive and well.

Two months later, scientists rewarded her heroism with euthanasia – they wanted to examine her body to observe the effects of spaceflight. Then, Félicette was all but forgotten.

So forgotten that in the '90s, when three former French colonies celebrated her story by issuing stamps with the cat's likeness, they mistakenly turned her into a boy by using the wrong name – Felix.

But thanks to a clever Kickstarter campaign, the story's finally been set straight. Londoner Matt Guy stumbled upon the tale of Felicette and was shocked that she wasn't already properly recognized for her accomplishments.

"Over the last 54 years, the story of the first and only cat to go to space has been largely forgotten. She deserves a proper memorial," Guy wrote on Kickstarter in 2017. His online pleas netted around $57,000, enough to fund a 5-foot (1.5-meter) tall bronze statue. 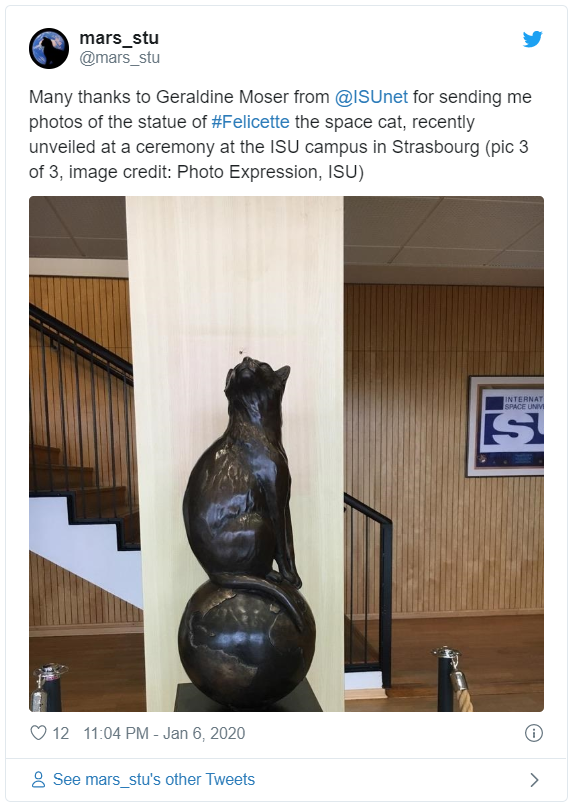 On Dec. 18, 2019, the statue was finally unveiled at the International Space University in Strasbourg, France. Félicette's bronze likeness stands on a statue of Earth, her keen kitty eyes fixed on the skies where she once soared higher than any cat in world history.

Why was Félicette not remembered for so long? France was the third nation to establish a civilian space agency and – like Félicette – is often regarded as an afterthought in the feverish space race between the U.S. and Soviet Union.

Why We Feel Anxious Anxiety is not what we want, but it’s what we need. By Noam Shpancer…

A man wearing a face mask walks on an overpass, as the country is hit by an outbreak of…