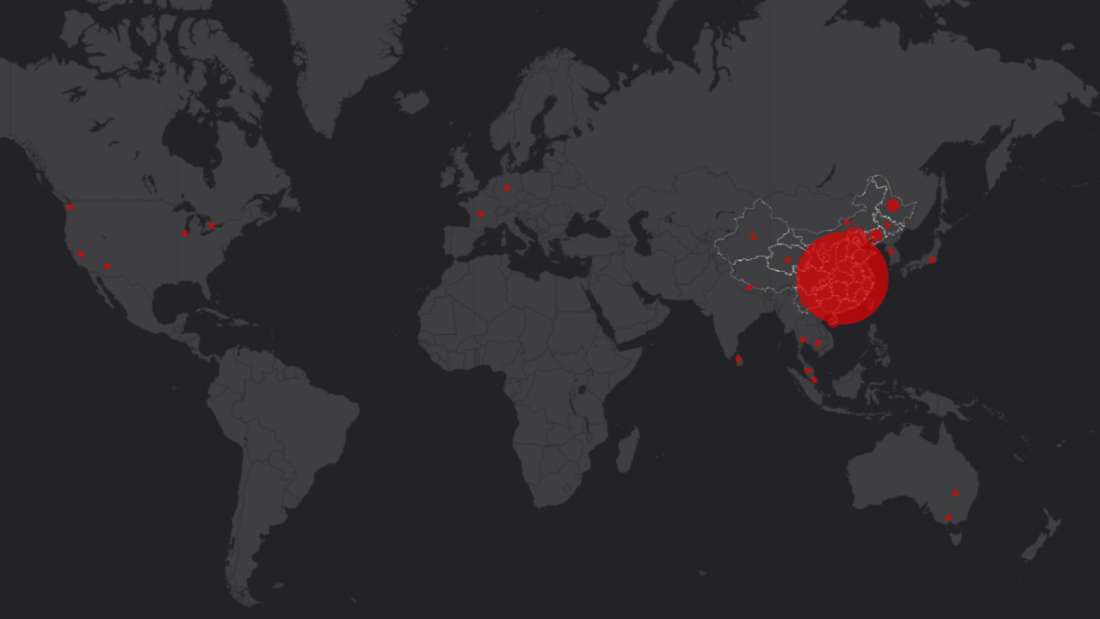 The Wuhan coronavirus outbreak is constantly evolving with new developments and reports emerging by the hour. If you want to get a reliable overview of some of the latest insights, you can check out this live map and dashboard created to track some of the latest updates from the outbreak.

The dashboard was developed by the Department of Civil and Systems Engineering at Johns Hopkins University in the hopes of providing the public with a clear picture of what’s going on with the situation as it unfolds. After all, false information can quickly spread in the haze of panic, from misled reports to wildly inaccurate conspiracy theories.

As explained in a blog post by Johns Hopkins, the data is scooped from a number of sources, including the World Health Organization, the US Centers for Disease Control and Prevention (CDC), the European CDC, the Chinese CDC, the National Health Commission of the People's Republic of China, and other Chinese aggregator sites. Updates to the dashboard are not instantaneous, but it’s generally revised every hour or so as fresh reports come in.

Confirmed cases are shown on the map with a red-orange dot – the larger the circle, the higher the number of cases. For example, you can see that Hubei, the Chinese province where the outbreak started, has over 2,700 confirmed cases. You can also click the circle to get more information on each country or region.

The right side of the dashboard also features the confirmed deaths (currently standing at 107) and the number of recovered patients (currently 63). The left shows the number of confirmed cases by country and region, along with a small graph highlighting the increased rate of cases.

Currently known as 2019-nCoVs, the pathogen belongs to the coronavirus family, which also includes SARS. The first reports of the infection started in December 2019 in Wuhan, a city of 11 million and the capital of Hubei province in central China. Since then, the pneumonia-like illness has spread at an ever-increasing rate.

At least 4,474 confirmed cases of the deadly infection have been reported worldwide as of 16:00 UTC on January 28, 2020, according to the dashboard. On January 27, there were less than 3,000 confirmed cases. The huge majority of cases are in mainland China with approximately 4,409 cases, but it has now been reported in 15 countries around the world, with 8 cases reported each in Hong Kong and Thailand, 6 in Macau, 5 each in Australia, Singapore, the US, and Taiwan, 4 each in Japan, South Korea, and Malaysia, 3 in France, 2 in Vietnam, and 1 in Canada, Nepal, Sri Lanka, and Germany.

Offline: 2019-nCoV outbreak—early lessons By Richard Horton It is still too early, and available information is still too…

It starts with a simple cough, and before you know it, millions of people are infected. And it won't…