Greenland's ice sheet is melting in more ways than we thought

A channel of warm water is threatening a glacier that holds back a massive ice river.
By Ula Chrobak 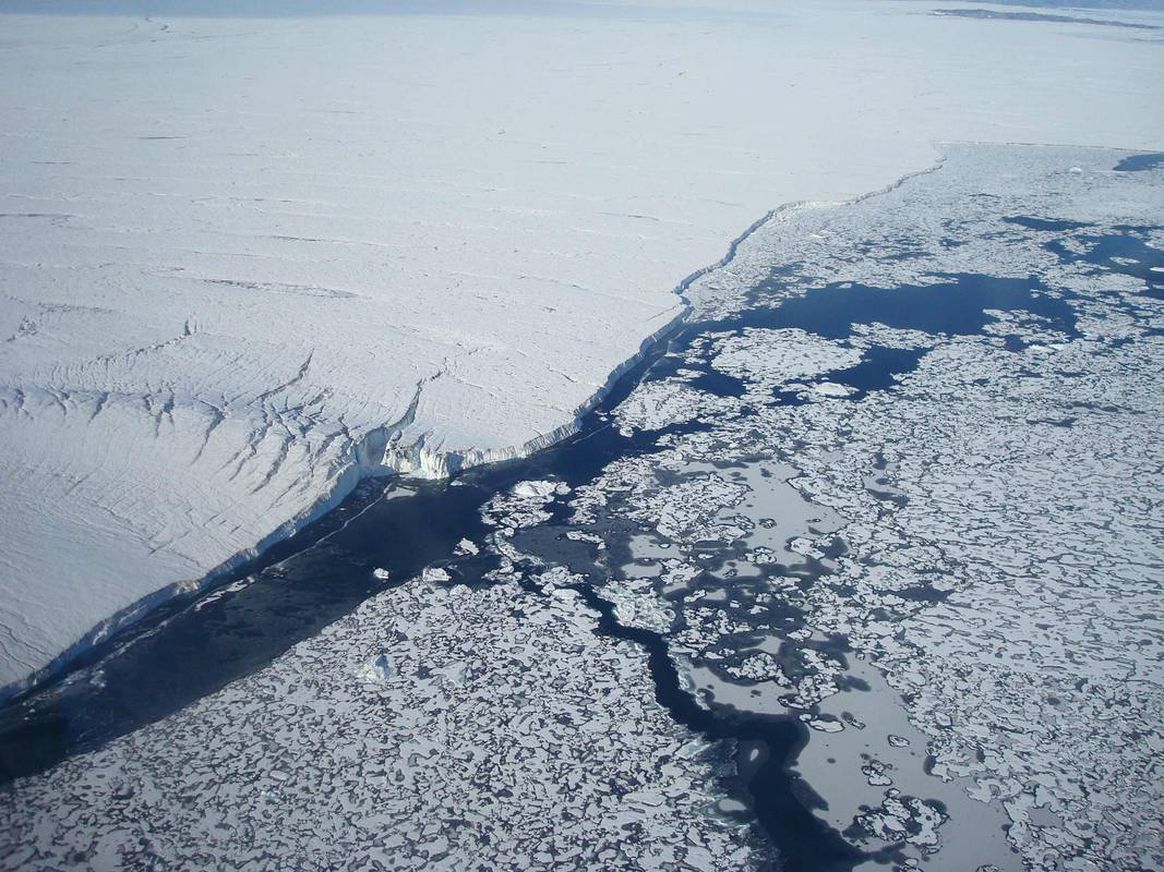 The Greenland ice sheet—a 656,000-square-mile mass of ice covering most of its namesake’s land mass—is melting at a rapid pace. Ice loss has ramped up by seven times since the 1990s, and rising air temperatures due to climate change are largely to blame.

But for the tongues of ice that extend off glaciers and into the sea, what’s happening below is also important. A new study in Nature Geoscience found that a previously unknown seafloor landscape is bringing warm water to the 79º North glacier, located in the northeastern part of the country, and eroding a 50-mile-long lobe of ice hanging off the glacier. And that could have serious repercussions for the entire ice sheet. “What was known is that these ice tongues melt from underneath,” says Wilken-Jon von Appen, oceanographer at the Alfred Wegener Institute, coauthor of the study. “What was not known is how this warm water makes it to the glacier.”

These relatively thin tongues of ice extending from the main ice sheet are most vulnerable to melting from below. Blasts of warm water from the deep can chip away at these slabs, which are basically attached icebergs. At the surface, the water is brisk and hovering below zero Celsuis (the saltiness lowers water’s freezing point) so that wouldn’t have much impact on the ice.

To investigate, the glaciologists used several methods to map the seafloor and the temperature of the water beneath the ice tongue. From a ship, they sent out acoustic signals that bounced back from the seafloor, allowing them to map the marine landscape. In areas with icebergs and inaccessible by ship, they flew helicopters onto the ice and dropped weighted fishing lines that they could use to measure water depth. Additionally, the research team left several thermometer-equipped instruments around in the water surrounding the ice tongue. 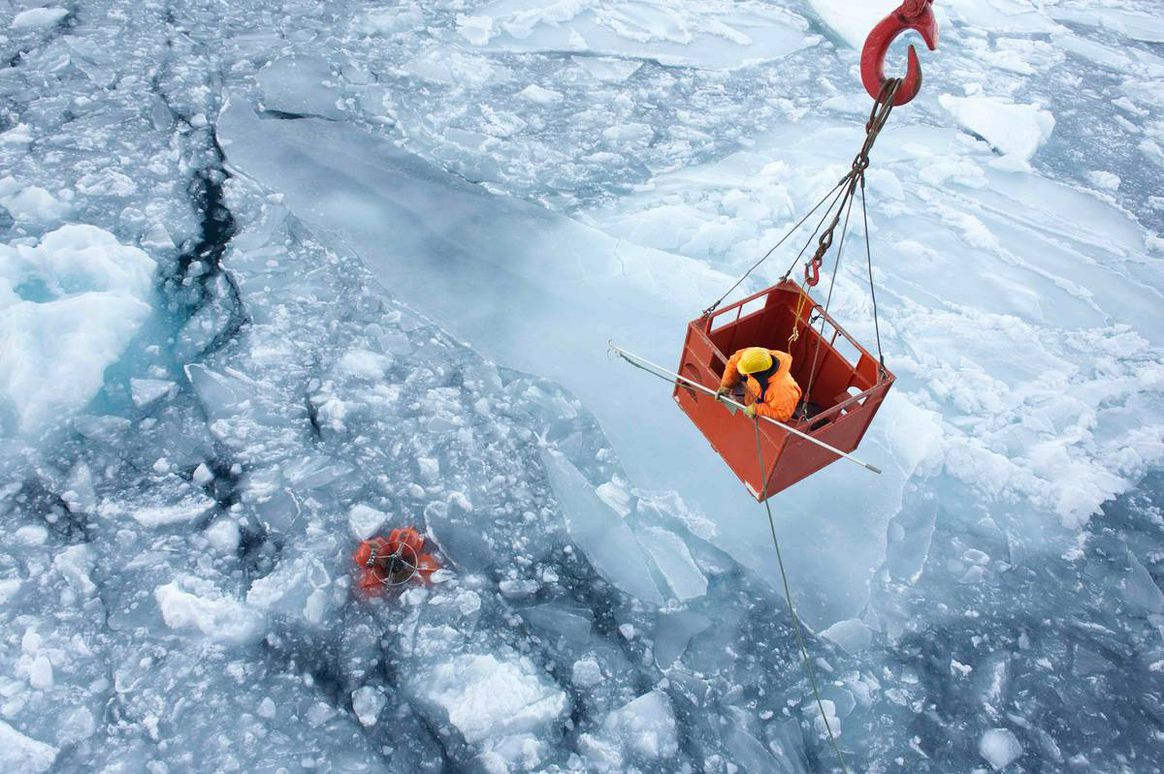 Below the ice tongue, they found a deep, mile-wide channel that was funneling warm water toward the glacier. The water down there reached around 34ºF, much warmer than Arctic waters above. The water also flows over a hump in the canyon, coming up even higher toward the bottom of the ice. According to von Appen, the heat emitted by this warm blast is equivalent to the heat produced by 60 to 70 nuclear power plants. The team estimated that the water was melting about 34 feet of ice below the glacier every year (but a smaller amount of ice is added to the top every year, too).

The warm water is part of a current moving from the Gulf of Mexico, along the Gulf Stream, and then flowing along the west coast of Norway. As it hits the Arctic, the water ducks below the polar waters because it’s more dense. The seafloor topography then moves the water along deep channels. This layer of relatively warm water is normal to find here, says von Appen. But, “this warm water has gotten a little bit warmer,” he adds. “Just a little bit makes a big difference.”

In the big picture, melting at the surface still drives most of Greenland ice sheet loss, but underwater melting is also important. “[The study] points to the value of understanding a lot of those local details in order to understand what is happening on an ice sheet wide scale,” says Twila Moon, glaciologist at the National Snow & Ice Data Center, who was not involved in the research. Although the 79º North glacier is just one fragment of a massive icey expanse, it’s located at the mouth of a river of ice that drains a fifth of the ice sheet. When the ice tongue is gone, this ice river will flow faster, ejecting its contents into the ocean. All that extra ice would contribute to sea level rise.

This information on the glacier can now be incorporated into models to simulate how climate change will further erode the ice sheet, says von Appen. The findings may also help illuminate melting processes at the Antarctic ice sheet, which also has many large ice tongues extending from it. Being able to project how fast these two ice sheets are melting is crucial for coastal cities, where a difference of a couple feet is the difference between submerging and staying dry. “Ice loss from Greenland and Antarctica is one of the largest contributors to sea level rise,” says Moon. “Being able to understand what drives the pace of ice loss and the quantity of ice loss over multiple years is very valuable for us getting a better handle on what those sea level rise numbers are going to be in the future.”

To slow an epidemic, focus on handwashing Improving the rate of handwashing at just 10 major airports could significantly…