New fMRI research shows that dogs’ brains are specially equipped to process human voices, and respond differently based on our emotions 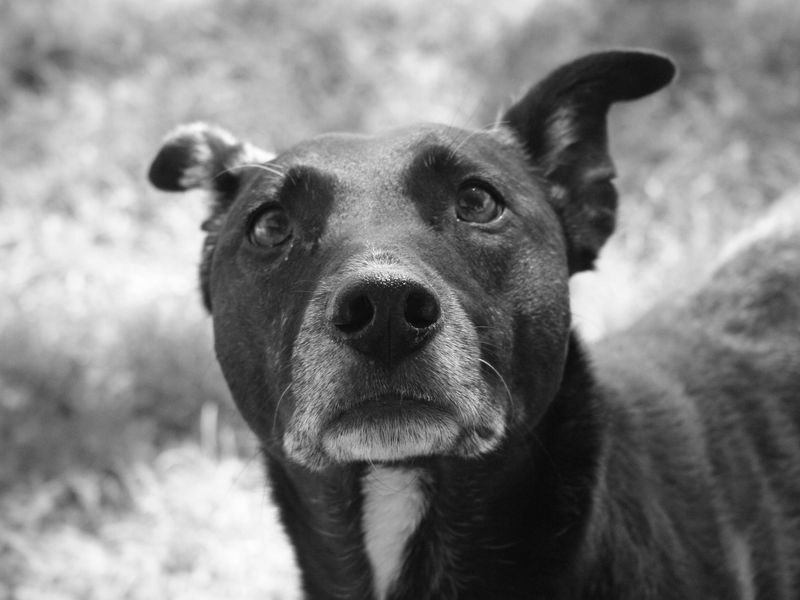 The quickly emerging field of canine neuroscience has just provided evidence for something most dog owners have long known: based on the tone of your voice, it appears that dogs can tell if you're happy or sad.

Over the past few years at Eötvös Loránd University, in Hungary, a team of researchers has been using fMRI (functional magnetic resonance imaging) technology—which tracks blood flow to various areas of the brain, a sign of increased activity—to peer inside the minds of dogs.

Recently, they've experimented with playing different sounds to the dogs while they lie in the scanner. In a new paper, published today in the journal Current Biology, they show that the dogs' brains appear to have a dedicated area that displays more activity in response to voices (whether human speech or dogs barking) than other meaningless noises (such as glass breaking), and that part of this area shows more activity upon hearing an emotionally positive sound, as compared to a negative one.

Of course, it's unclear what's exactly going on in the dogs' minds when they hear these noises, but this suggests that dogs can distinguish a happy voice from a sad one.

"It appears that there is a similar mechanism that processes social information in both dogs and humans," says Attila Andics, a neuroscientist at the university and lead author of the study. "We think this might be able to explain what makes vocal communication between the two species so effortless and successful." 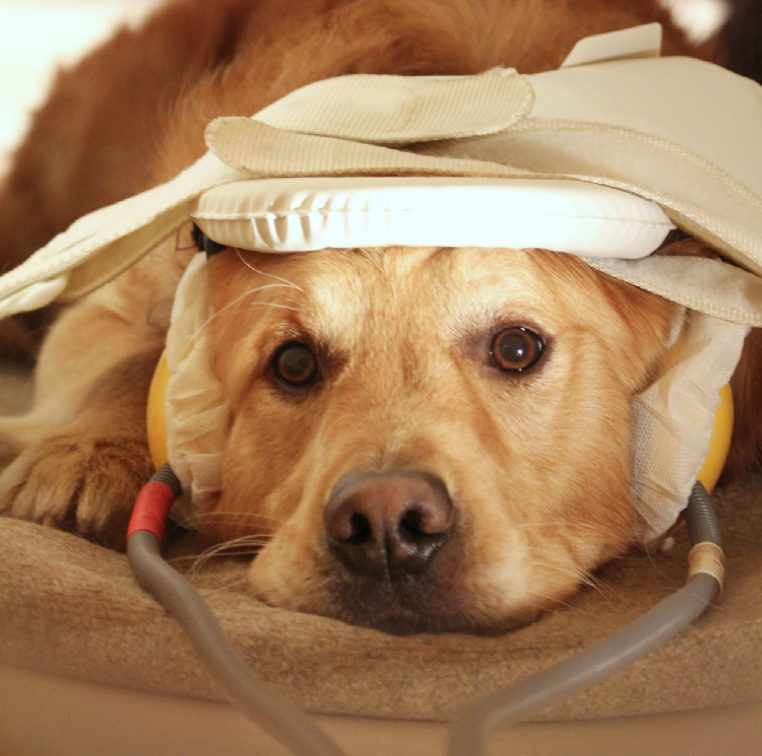 A dog lies still in the fMRI scanner, wearing earphones to pipe in sounds as part of the study. (Photo by Eniko Kubinyi)

It's been known for more than a decade that human brains have a specific area, within the primary auditory cortex, that responds more to the sound of a human voice than a non-vocal noise, and responds differently based on the emotional valence of the voice—i.e., whether it's conveying sadness, happiness, anger or other emotions.

This interesting piece of neural architecture appears to be one of the evolutionary adaptations that allow us to rely so heavily on spoken language for communication. In putting dogs in the fMRI machine, the researchers were interested in seeing if their brains included any structures that seemed to serve the same role.

To investigate, they had each dog lie still in the scanner for six minutes at a time. Over the course of several sessions, they played them roughly 200 sounds each that fell into three categories (human voices, dog vocalizations and meaningless noises), tracking their brain activity as they listened to each type. They also scanned the dogs in silence. The researchers then performed the exact same experiment with 22 human participants as a comparison.

Their main discovery is that certain areas of the dogs' brains consistently responded more when they heard vocalizations (whether other dogs' or humans), as compared to non-vocal noises. "The very exciting finding is that in both the human brain and the dog brain, these 'voice areas' are located in very similar places," Andics says.

This, he explains, suggests that the underlying vocal recognition area originally evolved in a last common ancestor of humans and dogs (and by default all other existing placental mammals) which lived around 100 million years ago. In enabling a few key mammal characteristics—a high degree of communication and social structure—the development of this brain area may even go a long way towards explaining why mammals been so evolutionarily successful as a whole.

This split makes evolutionary sense: It's clearly necessary for dogs to be attuned to communication from other dogs, and to listen to all other sorts of noises, but because dogs have been selectively bred by humans to favor those that were friendliest and got along the best with us, it stands to reason that some portion of their auditory intelligence goes towards interpreting our vocal cues.

The proportions in the human study participants were much different, but the researchers were intrigued to discover that just as dogs appear to be specially equipped to process human voices, humans seem to be similarly equipped to process dog vocalizations. In the humans, 87 percent of the auditory area responded primarily to human voices, three percent responded most to non-vocal noises and 10 percent showed activity after hearing dog vocalizations.

The experiments also revealed something even more intriguing about dogs' ability to recognize vocal noises: their brains showed different sorts of activity based on whether the sounds they heard, whether from humans or dogs, were happy or sad in tone. When they listened to happy sounds, such as recordings of a human laughing or a dog barking in response to its owner returning home, certain areas of their auditory cortex consistently showed more activity than when they heard the sound of a human or dog crying.

Moreover, there was a correlation between the degree of emotion in the voices (as rated by a panel of independent scientists) and the amount of activity. Sure, emotional degree is hard to quantify exactly, but "the more positive the voice, the stronger the response in this region," Andics says.

Seeing a correlation between an external stimulus and a certain type of brain activity doesn't enable us to fully understand dog cognition. But it does suggest that the dogs are able to distinguish between meaningless noises and vocal communication, and recognize that a human cry conveys a much different piece of information than a laugh.

At this point, it's unclear whether this emotional sensitivity is a learned behavior—the result of these particular dogs living with and being trained by humans—or an evolutionary adaptation created by generations of selective breeding at the hands of humans. But in either case, it opens up a new research direction that Andics and colleagues plan to pursue with further experiments.

"We know that dogs don't have language, per se, but we see now that dogs have very similar mechanisms to process social information as humans," Andics says. "It makes us wonder what aspects of so-called 'language skills' are not so human-specific after all, but are also there in other species. That's something we plan to look at."