The latest update for your iPhone and iPad will make them safer than ever. 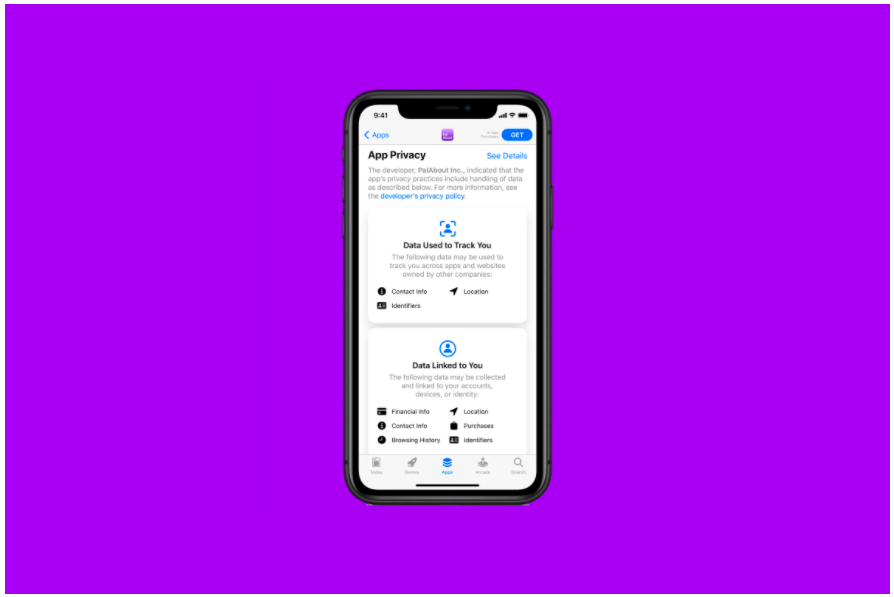 iOS 14 has arrived! Check these new settings to limit how apps and websites track you.COURTESY OF APPLE

IOS 14 HAS begun rolling out to iPhones worldwide, and as is typical for Apple and a new iOS release, security and privacy enhancements are front and center. The new mobile operating system should make you and your data safer than ever. But it's important to know where these various features are and how to use them.

Know When Apps Use Your Camera and Mic 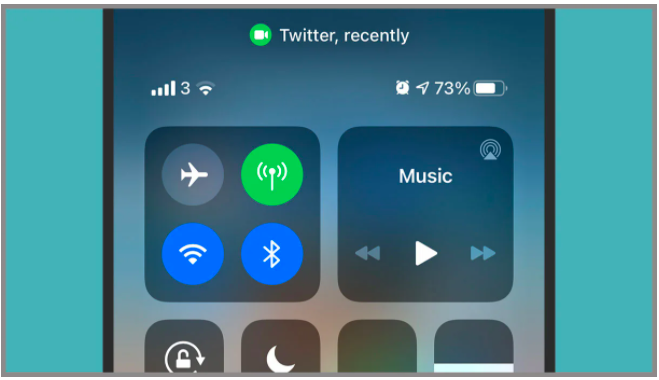 Keep an eye on the apps using the camera and microphone. SCREENSHOT: DAVID NIELD VIA APPLE

Apps on iOS have to explicitly ask for your permission to use the camera and microphone, and from iOS 14 onwards, you'll also see an indicator dot in the top right of the screen when these functions are being used. Green means camera, orange means microphone.

If you drag down from the top right corner of the iPhone display to open up Control Center, you'll see information about the apps that most recently used your camera or microphone, just in case you're unsure. 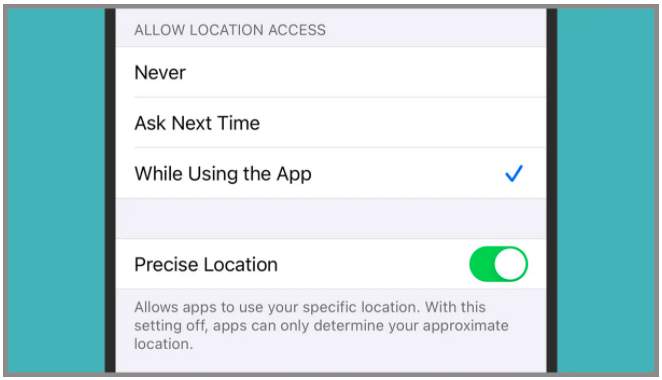 You can opt to give apps only an approximate location lock. SCREENSHOT: DAVID NIELD VIA APPLE

iOS 14 includes a couple of new ways that you can give apps certain permissions, but only up to a point. The idea is that there are some apps you trust a bit more than others in terms of looking at your photos or tracking where you are.

If you open Settings in iOS 14 and then choose Privacy and Location Services, you can tap on an app to configure how it can access your phone's location: never, always, only when the app is open, or only when you give explicit permission. There's also a new Precise Location toggle switch, which you can turn off when you're fine if an app knows the general area you're in, but want to keep exact GPS coordinates hidden.

From the same Privacy menu, tap Photos and you get a list of apps with access to the pictures and videos stored on your iPhone. Choose an app and then change the option to Selected Photos if you only want the app to have access to a smaller subset of your files.

Apple has been able to sync the passwords and other login credentials for your various accounts across all of your Apple hardware via iCloud for a while now; this applies to macOS as well as iOS. To see what Apple has stored in the cloud from your iPhone, choose Passwords from Settings.

New in iOS 14 as well as macOS is a password monitoring system. This will alert you if any of your credentials are spotted in a data breach, which means access to your accounts could be compromised.

From the top of the Passwords screen, tap Security Recommendations. You'll see passwords that iOS thinks are problematic, either because of a data breach, or it's too easy to guess, or you've used it elsewhere. Follow any of the Change Password links to pick something new. 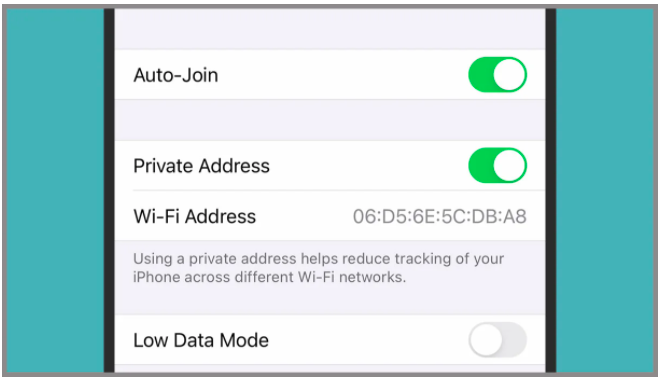 iOS 14 can make it harder for your device to be tracked across Wi-Fi networks. SCREENSHOT: DAVID NIELD VIA APPLE

One small but potentially significant change to Wi-Fi security in iOS 14 is the Use Private Address feature that you'll notice if you open up the Wi-Fi menu from Settings, and then tap the blue info button on the right of the network that you're connected to.

Whenever a device connects to the web, it gets what's called a MAC (media access control) address so the local network can keep track of it. With a bit of clever monitoring, internet service providers—and from there, advertisers—can also use it to work out where your device logs on and when.

This new iOS 14 feature gives your iPhone a different MAC address every time it connects, making it much more difficult for this sort of tracking to work. It's set to be enabled by default for every new network you connect to.

Know When Apps Snoop on Your Clipboard

If you see a message about apps pasting clipboard information from other apps at the top of your iPhone screen, don't panic: That's just the new clipboard notification feature in iOS kicking into action. As the iOS 14 beta program revealed, plenty more apps monitor the clipboard than you would actually think, even before you've actually pasted anything.

Most apps now seem to have tidied up their approach to clipboard access to avoid getting called out. If you're using iOS 14, you should only see the notification when you actually choose to paste something inside an app, in which case the app obviously needs access to the clipboard.

Limit How Apps Track You

Another change in iOS 14 is that apps will have to specifically request permission to track you across other apps and sites. However, after complaints from advertisers—most notably Facebook, which in August said the move would "severely impact" its lucrative Audience Network—this feature won't be fully enforced until sometime next year.

For now, you can head to Privacy then Tracking from the iOS Settings menu, and you'll find a toggle switch for whether you want apps to be able to request permission to track you outside of the actual app itself. This sort of tracking is largely done to better target advertising at you.

As the tracking screen in iOS itself notes, apps that you don't give permission to might still try to track you, as per their individual privacy policies. The more effective app-by-app controls should go into effect next year.

One iOS 14 feature that Apple has announced for iOS 14, but which hasn't yet gone live, is app privacy cards. When the feature does appear, these cards will give you more details about how apps make use of the data they collect from you.

Presumably developers need a bit more time to get their apps in order—the feature isn't visible at the time of writing—but when it does appear, you should see a new App Privacy button on each of the listings inside the App Store.

Follow that link, and you'll be able to see the information you're giving up to a particular app and how that information is being recorded and connected with existing profiles stored on your device or the web. 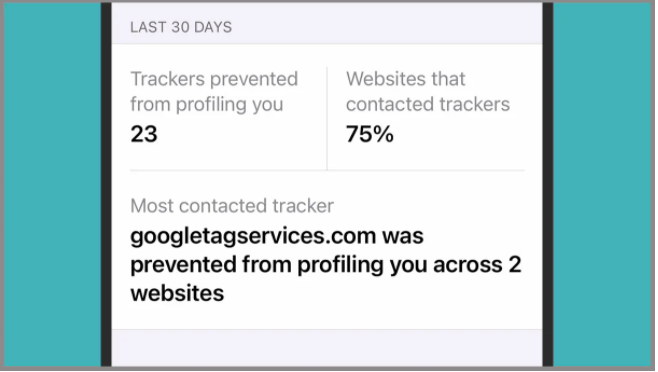 Safari gives you the details on its cross-site tracker blocking. SCREENSHOT: DAVID NIELD VIA APPLE

The ability to block cross-site tracking cookies in Safari isn't new in iOS 14; as before, you can find the option under Safari in Settings. Turning on Prevent Cross-Site Tracking makes it much harder for advertisers to link together your browsing activity across different websites.

What is new in iOS 14 is the Privacy Report page in Safari. This gives you more detail on exactly what effect the blocking has on your browsing. Tap the AA button in the top left corner of the browser window to see a report for the site you're currently on.

You can see the individual trackers in use on a particular page and check up on how many of these trackers Safari has blocked over the past month. You can't really interact with this report in any meaningful way, but it's helpful to have the information available.

By David B. Feldman Ph.D. Can journaling help us cope during troubled times? The six months since the…