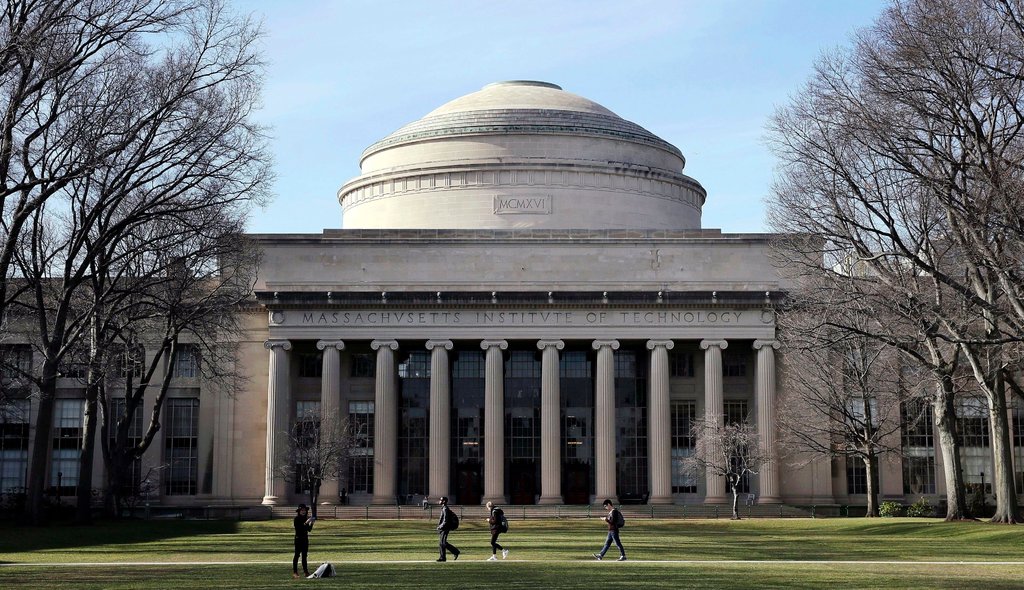 Universities opposed a policy that would require students to take at least one in-person class or be denied permission to study in the United States.

The Massachusetts Institute of Technology and Harvard, both in Cambridge, Mass., plan to teach mostly online this fall. They said some 9,000 foreign students enrolled on their campuses could be denied visas under a new Trump administration policy.

Harvard University and the Massachusetts Institute of Technology sued the Trump administration in federal court on Wednesday, seeking to block a directive that would strip foreign college students of their visas if the courses they take this fall are entirely online.

University leaders and immigrant advocates called the new policy cruel and reckless, with several education groups saying they planned to join the legal battle. The Massachusetts attorney general vowed to support Harvard and M.I.T.’s efforts to block the rules, which were announced Monday by Immigration and Customs Enforcement.

“Massachusetts is home to thousands of international students who should not fear deportation or be forced to put their health and safety at risk in order to advance their education,” Maura Healey, the attorney general, said in a statement. “This decision from ICE is cruel, it’s illegal, and we will sue to stop it.”

The universities argued that the policy was politically motivated and would throw higher education into chaos. It was widely seen as an effort by the White House to pressure colleges and universities into reopening and abandoning the cautious approaches that many have adopted to reduce coronavirus transmission.

“The political intent cannot be clearer,” said Miriam Feldblum, executive director of the Presidents’ Alliance on Higher Education and Immigration, which includes the leaders of about 450 public and private universities. “They want to force campuses into the position they have to declare themselves open, or at least in a hybrid model.”

Harvard is planning to teach its classes entirely online over the next year, and many other universities are planning a hybrid model, with some in-person instruction but mostly remote classes. M.I.T. will have a small selection of in-person classes, but said that most will be online.

Harvard’s president, Lawrence S. Bacow, called the administration’s action reckless and said in a statement that it appeared to have been designed to pressure universities to hold in-person classes “without regard to concerns for the health and safety of students, instructors and others.”

The two universities said that the new directive would prevent many of their 9,000 combined international students — and hundreds of thousands of students at other universities across the country — from staying in the United States. Their suit, filed in federal court in Boston, seeks a temporary restraining order preventing the government from enforcing the policy because it violates the Administrative Procedure Act.

“We have heard from many of our members, and they all share the same concerns about the nature of the guidance,” said Pedro Ribeiro, a spokesman for the Association of American Universities, which represents 65 research institutions.

ICE said it would not comment on pending litigation.

Kenneth T. Cuccinelli II, the acting deputy secretary of the Department of Homeland Security, defended the agency’s order in an interview Tuesday on CNN, saying that the agency was providing more flexibility for international students than in the past, when in order to qualify for a visa, they could take no more than one of their courses online. Now they can take more, as long as at least some of their instruction is in person.

“If they’re not going to be a student or they’re going to be 100 percent online, then they don’t have a basis to be here,” Mr. Cuccinelli said, adding, “They should go home, and then they can return when the school opens.”

The Harvard and M.I.T. suit says that the government recognized that the pandemic posed a unique crisis on March 13, when it suspended a rule that students in the country on F-1 student visas had to attend most classes in person. “The government made clear that this arrangement was in effect for the duration of the emergency,” the lawsuit says.

In reversing that earlier guidance on Monday, the universities say, the government has put the ability of international students to continue studying and working in the U.S. in jeopardy, and it has disrupted the careful planning process that many universities have used to restart higher education in the fall, after shutting down campuses in mid-March.

“The effect — and perhaps even the goal — is to create as much chaos for universities and international students as possible,” the universities said in the lawsuit.

International students, many of whom pay full tuition, are a major source of revenue for American universities, and losing them would be a huge blow to the finances of many public and private schools, which are already suffering losses because of the pandemic.

The leaders of many universities, including the University of California Los Angeles, Princeton and Cornell, issued statements this week supporting their foreign students and criticizing the administration’s directive.

“The impact will be devastating — on the lives of international students, on the ability of America’s top research universities to recruit the world’s best and brightest, and on our economy,” wrote Daniel Diermeier, the chancellor of Vanderbilt University in Nashville, and Susan R. Wente, the school’s provost.

Ayantu Temesgen, a student at Harvard Medical School, is one of the students who would be forced to leave the country under the new directive as the school moves all of its courses online. She is from Ethiopia, where the government shut down the internet in the country last week during an outbreak of deadly civil unrest.

She might defer attending for a year, she said, though her M.D.-Ph.D. program already requires about eight years of study.

“If I go, I will be concerned for my own safety because of the political chaos,” she said. “But also, I won’t be able to continue my education as planned.”

Should You Skip Breakfast If You’re Trying to Lose Weight? Breakfast is the most important meal of the…