Fans the world over may still be reeling over the loss of Scarlett Johansson’s Black Widow in the epic Avengers: Endgame, but we’ll see Natasha Romanoff again on the big screen in the solo Black Widow film directed by Cate Shortland, which is set after Captain America: Civil War (Watch Now on Disney+) and before Avengers: Endgame.

The recently released first teaser trailer for the film shows Natasha in a brutal fight with Florence Pugh’s Yelena Belova – before the two have a more civil conversation, with Natasha calling Yelena “sis.”

While plenty of people are speculating on how exactly the film will all work out storywise, it’s important to remember one important piece of the Black Widow mythos: there’s more than one!

IN THE RED ROOM 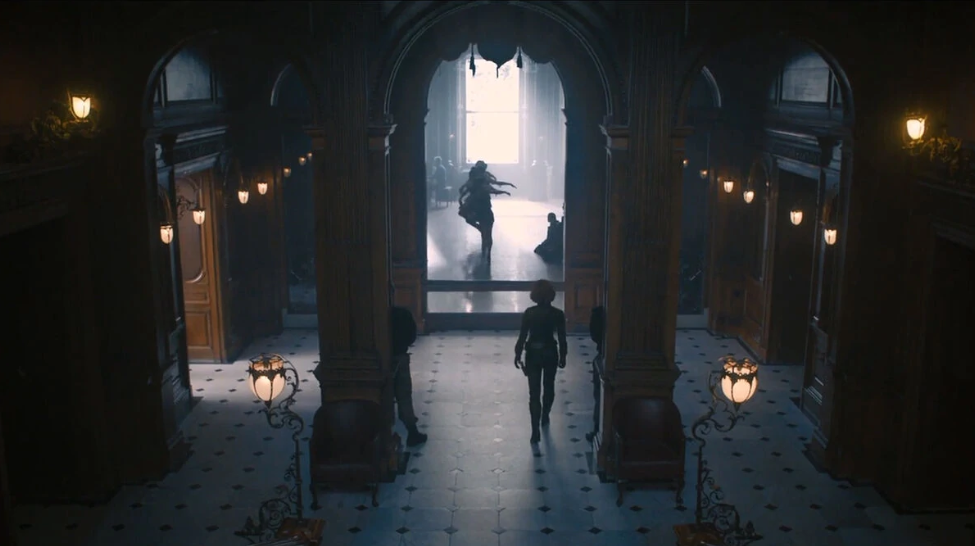 The Red Room, as seen in Avengers: Age of Ultron

In Avengers: Age of Ultron, viewers got a look at Natasha’s past thanks to Scarlet Witch’s mind-whammy powers. During the nightmare flashback, Romanoff relived her days in a school called the Red Room that trained young girls to become coldblooded super assassins.

In the comics, another product of that program is Yelena Belova.

Part of the Marvel Knights initiative, Yelena debuted in 1999’s Inhumans #5 by Paul Jenkins and Jae Lee though she was created by Devin Grayson and J.G. Jones. In that issue, the blonde super spy dropped onto a man’s car, gave him a very specific set of instructions and immediately showed herself to be an agent not to be trifled with. 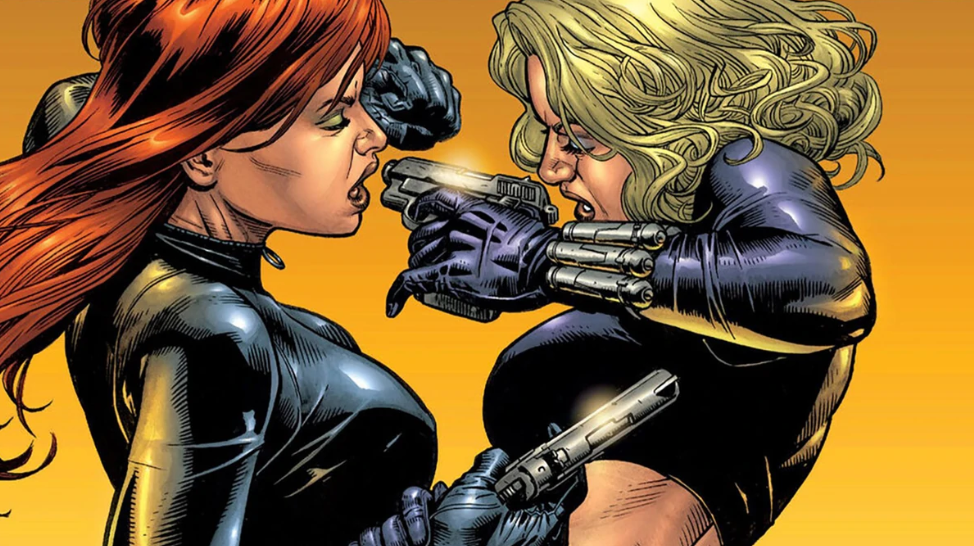 A few months later, Grayson and Jones launched a three-issue Black Widow series starring Yelena that put her in the spotlight. In that story, she encountered Natasha while they both investigated the development of a horribly dangerous bio-toxin. During their first encounter Belova explained that, though her counterpart was a legend, the Red Room continued pumping out new students like her. In fact, Yelena claimed to have surpassed the legendary Natasha’s scores, but knew she lacked field experience.

In addition to working towards stopping the bio-terrorist attack, Natasha attempted to show Yelena the true dark side of working in the espionage game. It’s unclear how many of those lessons sunk in, but the younger Black Widow did show some compassion and an ability to ignore orders in favor of the greater good.

THE FURTHER ADVENTURES OF YELENA

Two years later, Greg Rucka and Scott Hampton decided to dig more deeply into Yelena Belova in the pages of the 2001 Black Widow three-issue limited series. In this mind-bender, Natasha orchestrated a S.H.I.E.L.D. operation that would switch the two Widows’ faces in an effort to both teach Yelena a lesson about the spy game and also stop the Russians from getting their hands on a quintet of missing nukes. 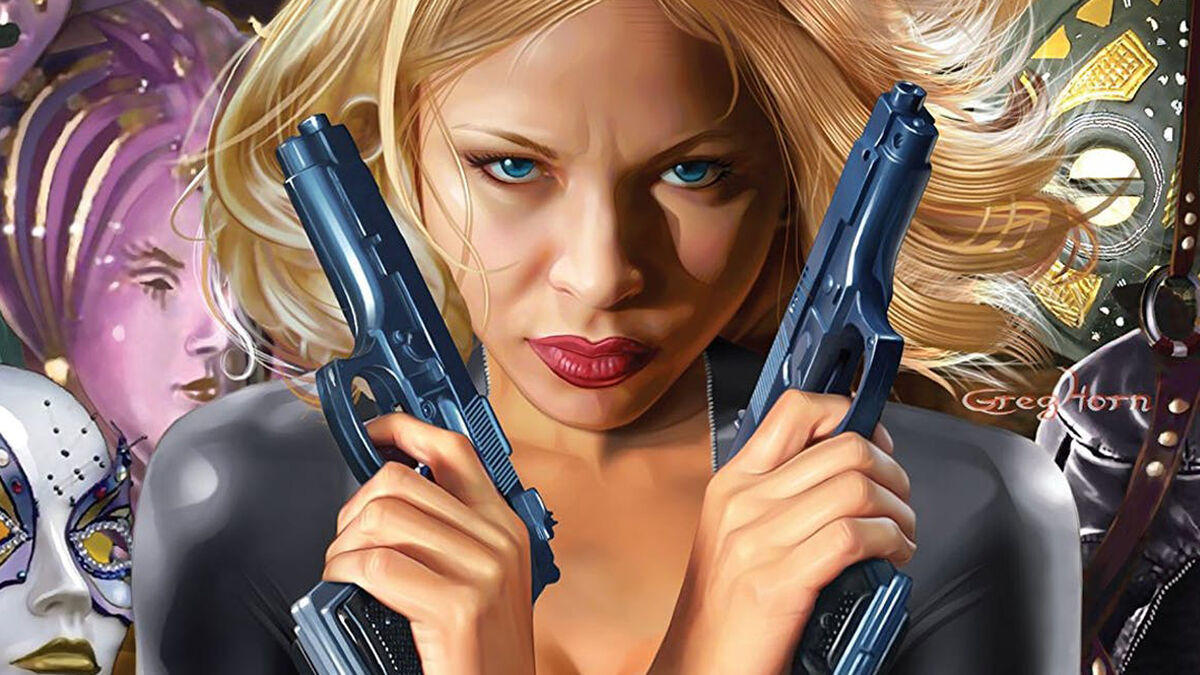 From there, Yelena Belova went on a variety of missions, including her investigation into the murder of her mentor in the pages of Black Widow: Pale Little Spider. She decided to go her own way and become both a model and a lingerie impresario living in Miami and Cuba as seen in Black Widow: The Things They Say About Her by Richard K. Morgan and Bill Sienkiewcz. She managed to hire young women off the streets to keep them safe and also provide free medical supplies, but asked Natasha for help in getting more meds to Cuba. Belova even dusted off her gear to help Matt Murdock save Natasha.

She returned to the wetworks life in New Avengers #5-6 by Brian Michael Bendis and David Finch. In that story she lead a battalion of rogue S.H.I.E.L.D. agents in the Savage Land and ordered them to kill the recently formed Avengers squad. For her troubles, she got roasted by the evil mutant Sauron. At the end of that tale someone promised her the potential for revenge, which she moaned her approval of through a mummy’s worth of bandages.

In 2006’s New Avengers Annual #1 by Bendis and Olivier Coipel, she got that opportunity when A.I.M. and Hydra worked together to turn her into a new version of the Super-Adaptoid, a being that can mimic the powers of anyone it touches. Yelena attacked the Avengers at their home in the middle of Manhattan. Though she harnessed the combined might of Luke Cage, Ms. Marvel, Wolverine, Spider-Woman and Sentry, Belova couldn’t stand up to Iron Man’s smarts or the dark parts of Sentry’s alter ego, The Void. When it seemed like she was about to talk, her handlers turned her into goo. 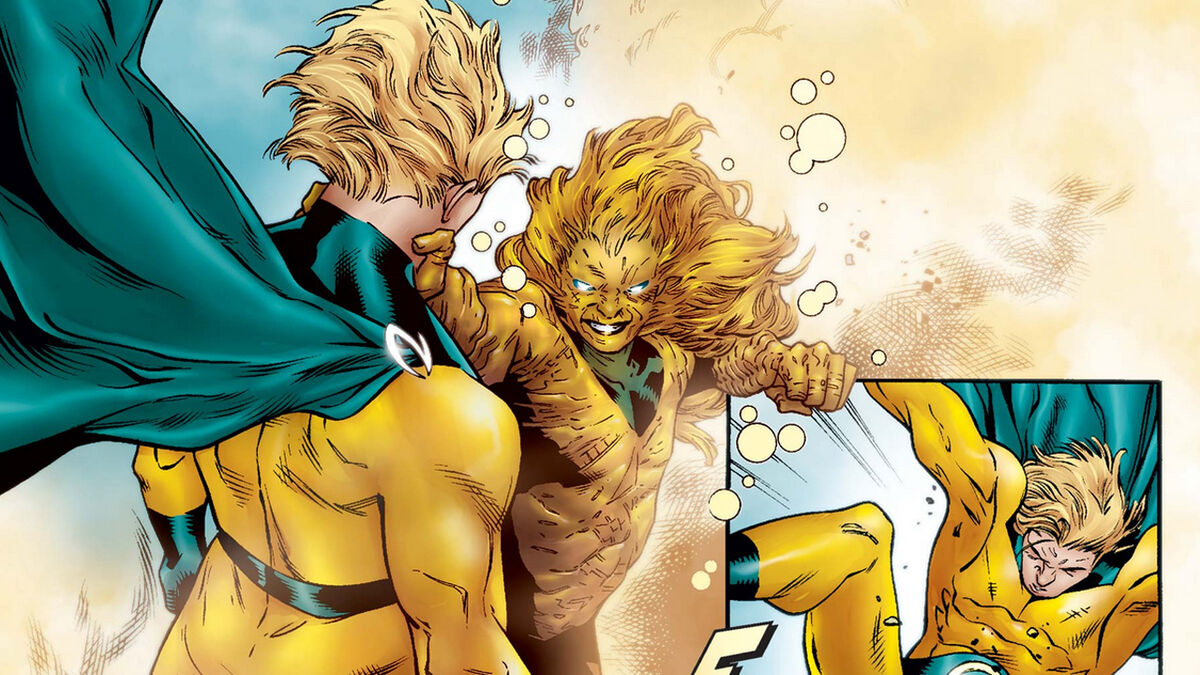 That didn’t stop Yelena from joining up with a freelance group called Vanguard that also included Blade, Micromax, Dominic Fortune and Retcon in the 2007-2008 Marvel Comics Presents reboot. Later, during Norman Osborn’s time in charge of the Thunderbolts, he thought he hired Belova for his team, but it turned out to be Natasha in disguise. Osborn claimed to know the truth the whole time and actually had Belova’s body in a stasis tube.

She remained there until A.I.M.’s Scientist Supreme Andrew Forson woke her up and used her combined Black Widow and Super-Adaptoid abilities to help run Barbuda, a sovereign state on A.I.M. Island as seen in the second volume of Secret Avengers. In that capacity, she tangled with S.H.I.E.L.D.’s Secret Avengers and wound up on the wrong end of a bullet when Mockingbird placed an image inducer on her and made the shooter think he was taking the hero out.

Mathew Rosenberg and Travel Foreman explained Yelena’s cat-like tendency for multiple lives in Tales of Suspense #100-104 last year. In that series, Hawkeye and Winter Soldier searched for Natasha, but kept encountering dead Black Widows. Natasha eventually learned that the Red Room not only created clones of all their best agents, but developed a way to download the memories from one version into the next. Intending to bring the operation down, Natasha had one more version of Yelena made so she could start fresh and then destroyed the means of production.

Since then, Yelena Belova’s been pretty quiet, but there’s so much potential there for both the big screen and the comic page. We could easily see Johansson and Pugh duking it out as rival Black Widows, with the fate of the free world hanging in the balance along with both of their own moral centers. Is Yelena working alongside Natasha’s adversary Taskmaster in the film, or working against him? She clearly has some affection for Natasha and we see they at least temporarily work together, but just how much conflict is there between them? 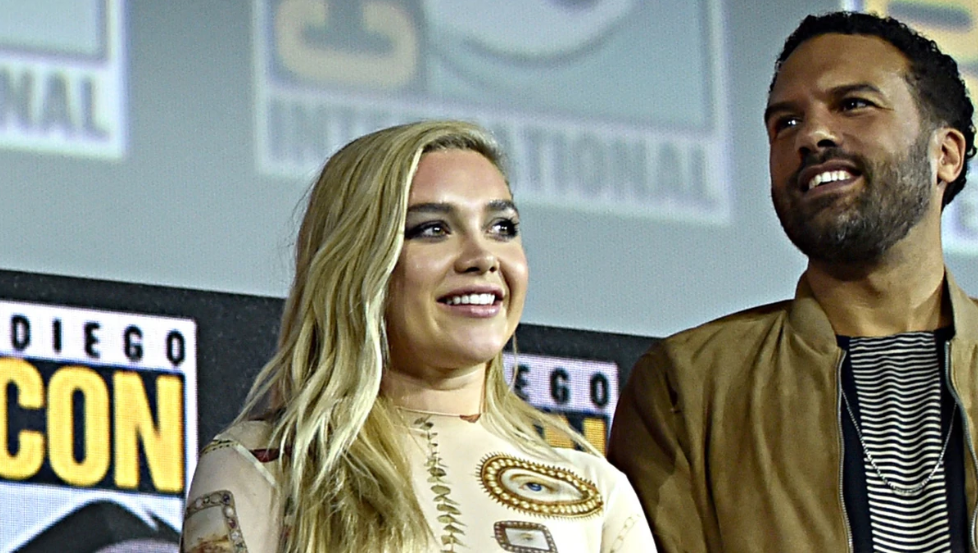 And it’s worth noting that Yelena’s appearance in the new Black Widow film could also lead to a more important role for her in the modern Marvel Cinematic Universe, especially following Natasha’s sacrifice in Avengers: Endgame. Maybe she’ll ultimately remain the hard-nosed super-spy the Red Room trained her for and go on to become a threat to the Avengers or other heroes in the MCU. Or, going a different route altogether, it’s possible to conceive of a world where Natasha’s more altruistic ideals — not to mention her very public attempts at saving the world as seen in the Avengers films — lead Belova to follow in her footsteps, eschew the dark side and become a hero like her predecessor…

A Man's Blood Was So Full of Fat, It Turned White And Almost Killed Him By PETER DOCKRILL A…

How Much Sleep Do You Really Need? New neuroscience study offers surprising insights about sleep duration. By Sebastian Ocklenburg,…