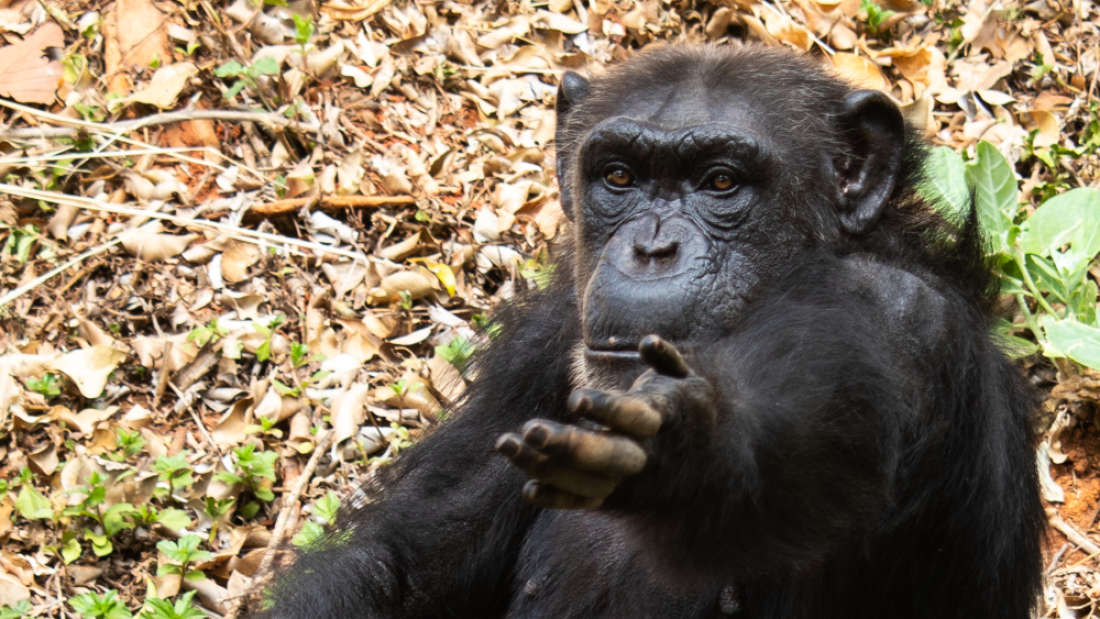 Earlier this month, we witnessed chimpanzees syncing up their movements to dance a conga of sorts, but it wasn’t set to music. Now, researchers in Japan have recorded chimps bopping along to piano music, partaking in some rhythmic swaying and even tapping their feet.

Humans are certainly the most musical of animals, but that doesn’t mean other species can’t keep a beat. Signs of rhythm have been identified in animals with complex vocal learning like whales, elephants, and bats. There's even a sea lion that loves to groove along to Boogie Wonderland.

The ability to move rhythmically to music suggests that there’s a connection between the auditory and motor areas of our brains. It’s unclear exactly how this feature of humans evolved, but learning about rhythmicity in non-human primates can improve our knowledge of how humans came to boogie.

A team from Kyoto University in Japan have been hard at work playing piano sounds to a group of captive chimpanzees. In total, seven apes listened to 2-minute piano sounds with differing tempos for six days. Amazingly, the chimps moved to the music, swaying, clapping their hands together, or tapping their toes.

Six of the animals swayed while standing upright, one tapped her foot, three clapped along, and five banged against the sides of the booth they were in. All seven apes got involved in some form of music-induced movement. The researchers note that male chimps tended to sway for longer and were more likely to produce vocalizations.

“A sex difference in responsiveness to sound, with male chimpanzees being more sensitive and responsive to auditory stimuli than female chimpanzees, may have emerged after chimpanzees diverged from [a common ancestor with humans],” the researchers write in the Proceedings of the National Academy of Sciences.

In a second part of their experiment, the researchers identified the most enthusiastic dancer – a male called Akira – and observed him in more detail. He was exposed to four 2-minute sound sessions for a period of 24 days. He rhythmically swayed along to both random and regular beats, and stuck to the song’s tempo but only when stood on two legs. He also hung around for longer when music was being played in the booth than when it was silent, suggesting he was seeking out the tunes.

The scientists say that their findings suggest our ability to dance can likely be traced to a common ancestor of humans and chimps that lived as far back as 6 million years ago.

By Bill Sullivan Ph.D. Dishonesty can take a toll on the body and mind. (This is a spoiler-free…

Bushfires Have Driven Mass Extinctions on Earth Before. They Could Do It Again MIKE LEE, THE CONVERSATION The catastrophic…