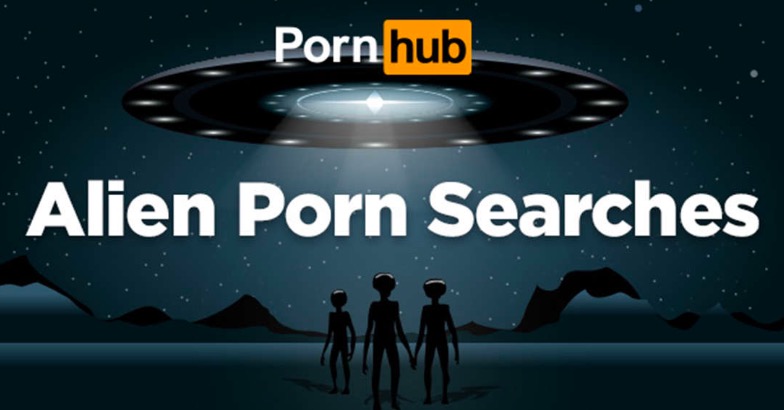 Storm Area 51 – the joke event that would see over a million people show up to the top-secret military base and Naruto run at it in attempt to "clap alien cheeks" – has captured a lot of imaginations.

As well as a massive increase in general searches relating to aliens, there were also increases in incredibly specific search terms that would make E.T., ALF, or even Predator blush. 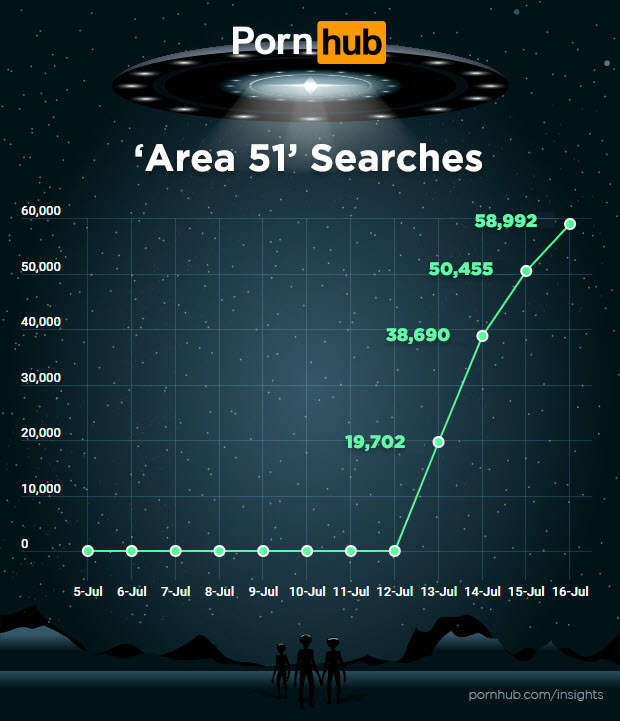 "Over the last year, an average day sees more than 30,000 people shoot their rockets off to 'alien' videos."

That number has gone up significantly since the start of the Storm Area 51 idea took off. And lord help you all, the search terms are bizarre. 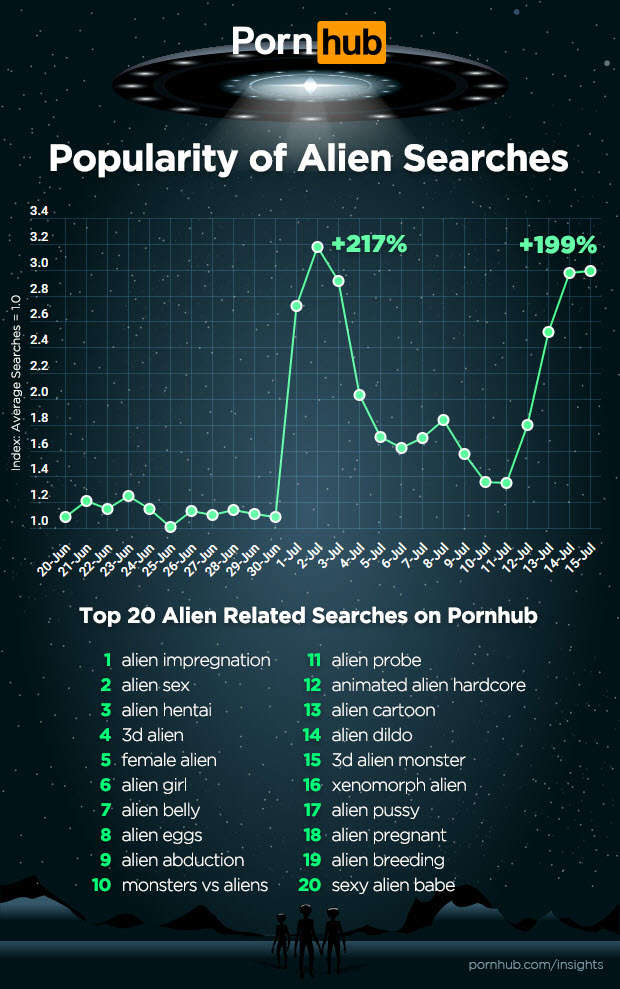 Topping the list is "alien impregnation". Apparently the Internet isn't happy with aliens having a good time, they need to know that an alien baby is on the way.

The demographic breakdown confirmed what you probably already knew: It is mainly the young that are interested in "storming area 51 to clap alien ass" to use a euphemism. Women were more likely to search for alien-related pornography than men. 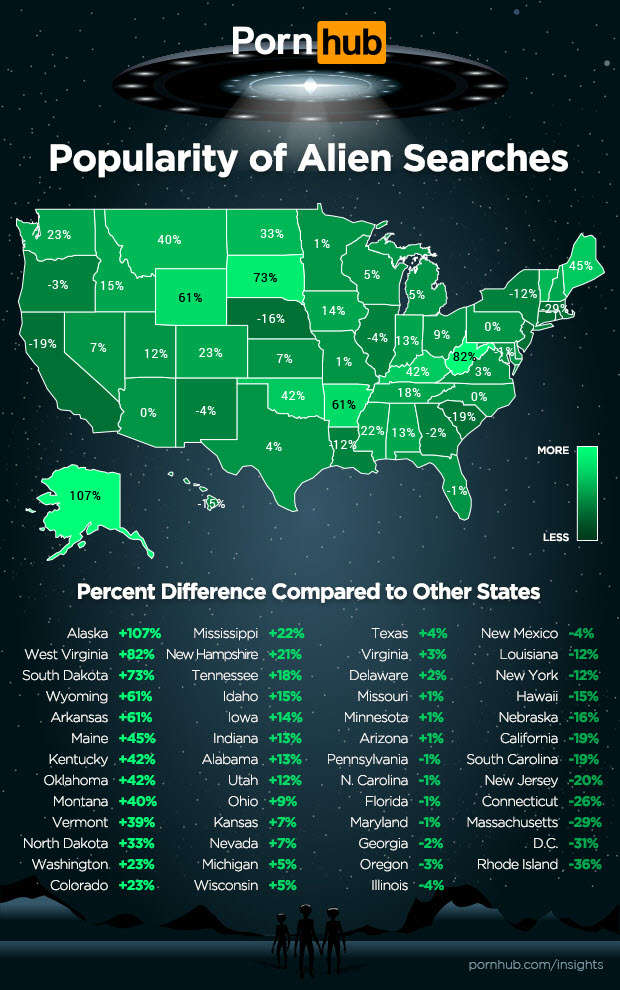 Thankfully Nevada, where Area 51 is located, was only a bit hornier than average for aliens, at +7%. Although any aliens in Area 51 that have access to the Internet may be looking nervously at neighboring Utah and Idaho, who are watching a bit too much alien pornography than is ideal.

If you're reading this from elsewhere and thinking "Ha, America you're weird!" then wipe that smug grin off your face. I regret to inform you that the rest of the world are also perverts. 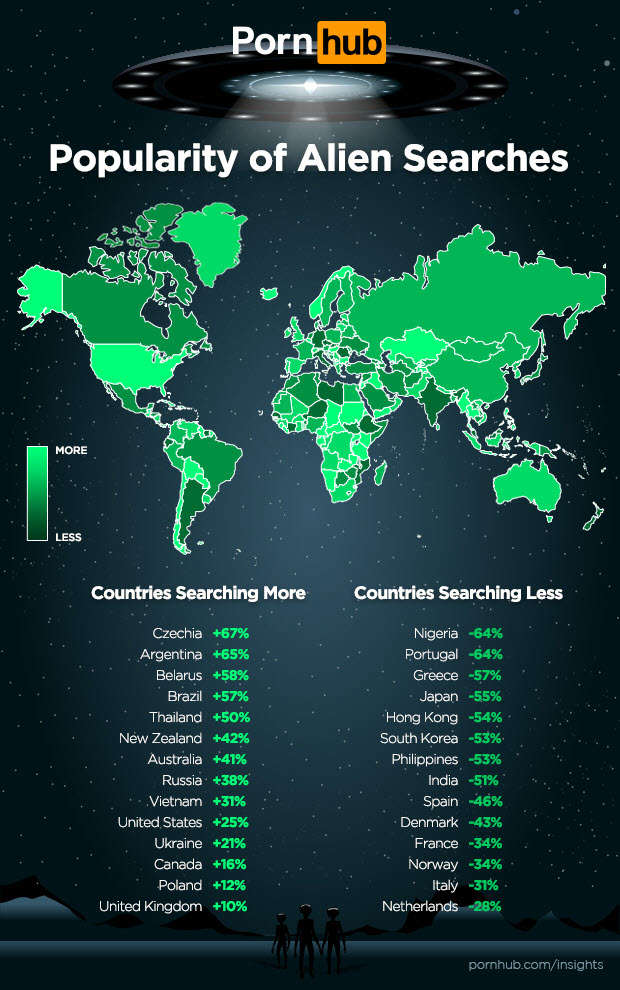 What's Actually Inside Area 51? Unless you've been hiding under a WiFi-proof rock over the past few days, you…