The Oscars don’t always get it right, but they did on Sunday, and possibly also opened the door for the Academy Awards to make legitimate progress in the future
By Miles Surrey 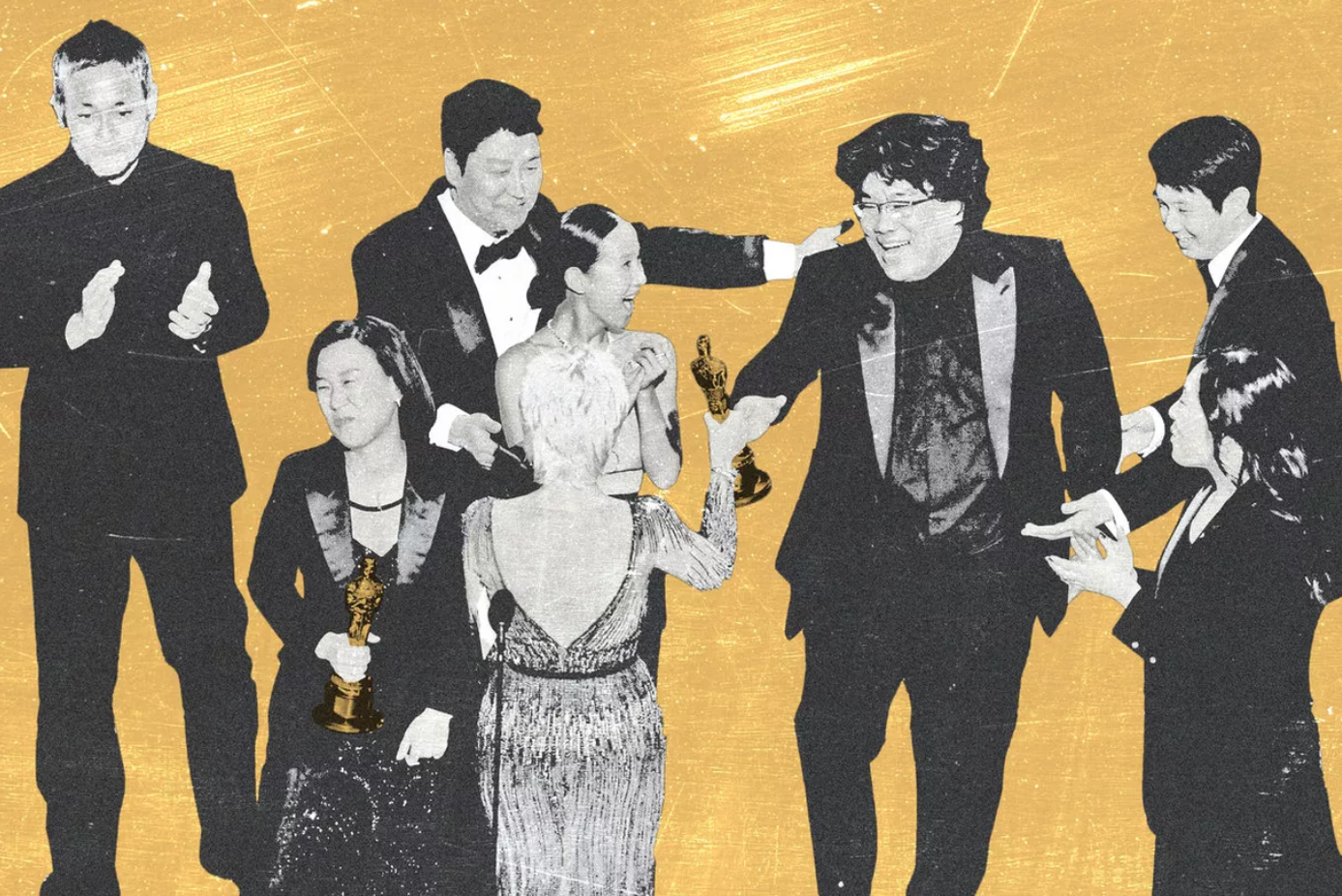 In the last few years, about the only thing you could expect from the Oscars’ Best Picture race was the unexpected. That unpredictability might stem from the more concerted effort to diversify the awards body following the first #OscarsSoWhite controversy or the implementation of preferential balloting. Maybe it’s both. Whatever the reason, the biggest award of the Oscars has also become the show’s preeminent agent of chaos, creating recent results that have been surprisingly great (Moonlight!), straight-up confusing (the Academy sure loved Guillermo del Toro’s Fish Man Who Fucks), and downright appalling (although it feels like eons ago, Green Book won only last year). At least when the Oscars go over time—it always happens—you’ve still got the incentive to stick around for something shocking.

But even the Moonlight win—which doubled as one of the wildest awards moments in Oscars history, thanks to the infamous La La Land mix-up—doesn’t compare to the historic precedent that Parasite set at the 92nd Academy Awards on Sunday night. The first Korean film to win an Academy award. The first Korean film to win Best Original Screenplay. And most remarkable of all, the first non-English-language film to win Best Picture. Bong Joon-ho—a winner for Best Director as well, giving Parasite four total—said it best: “I’m ready to drink tonight.”

Parasite’s victory feels even more spectacular because it was competing against the type of film the Academy is typically drawn to. It’s perhaps unfair to villainize 1917 in this year’s Oscars narrative simply because it was the strongest competitor to Bong’s film. 1917’s broad Oscars appeal is completely understandable: Director Sam Mendes created a technically proficient World War I film styled to look like one—well, two if you count George MacKay’s soldier blacking out—continuous take. The great Roger Deakins was cooking. The movie went into the Oscars with wins from the Producers Guild Awards, the Directors Guild Awards, the Golden Globes, and the BAFTAs in its pocket. If it had won, 1917 wouldn’t have been an egregious Best Picture winner like Green Book—or, god forbid, Joker, if it had pulled off the ultimate upset—but it would have been a pick cloaked in familiarity, a win that would’ve magnified the Academy’s reputation as safe, sensible, and more than a little boring. The Serious War Movie has a storied history at the Oscars; 1917 would’ve been a footnote.

But that’s not what happened.

Giving Best Picture to Parasite isn’t just Film Twitter’s wet dream (although it is definitely that). Like with Moonlight, this win means the Academy is actually recognizing the best movie of the year. That is, in theory, what the Oscars are intended to do. It’s just that usually they don’t, and we sometimes end up with a Driving Miss Daisy or a Crash—or more often, something that’s pretty good but doesn’t quite stand the test of time. (When was the last time you thought about Argo or Shakespeare in Love?) This Parasite moment was awesome, and if we had had to sit through five more performances of Eminem’s “Lose Yourself” before seeing it win Best Picture, I would have accepted those terms.

Parasite checked all the boxes of a legitimate Best Picture contender: It had a respectable box office total, overwhelming critical consensus, festival hype (winning the Palme d’Or at Cannes), and it successfully channeled modern anxieties around capitalism through a Korean story during a year when it seemed like everyone wanted to eat the rich on screen (and off). And, yes, it just so happened to be in a different language.

Parasite being the international film to finally break the Best Picture barrier might be an unparalleled accomplishment, but the stars aligned in the perfect way—at a time when the Academy might be willing to expand its horizons. Plenty of great Korean cinema has deserved the attention of the Oscars: Just from the last few years, the movies Burning, The Handmaiden, and The Wailing all come to mind. One would hope Parasite’s Best Picture win isn’t just a delightful blip on the road to more forgettable winners, but a positive sign that the Oscars are capable of pleasant, forward-thinking surprises as the ceremony approaches the century mark. Perhaps Sunday night’s results will be a harbinger, and hopefully in the future, more foreign films will earn the acclaim they deserve. Take it from Bong: It would be in the Oscars’ interest to be less “local.”

That might be wishful thinking—as I’ve repeated many times, Green Book won just a year ago. But even the most ardent and early members of the #BongHive would’ve had a hard time believing Parasite would surpass masterpieces from the likes of Martin Scorsese and Quentin Tarantino. After infecting the Academy with months of adoring hype, Parasite and Bong Joon-ho are going into the record books. The best thing the Oscars can do for itself now is making sure the ink doesn’t dry.

9 Ways to Sleep Smarter These tips can help you improve your sleep for the better! By Michael J…