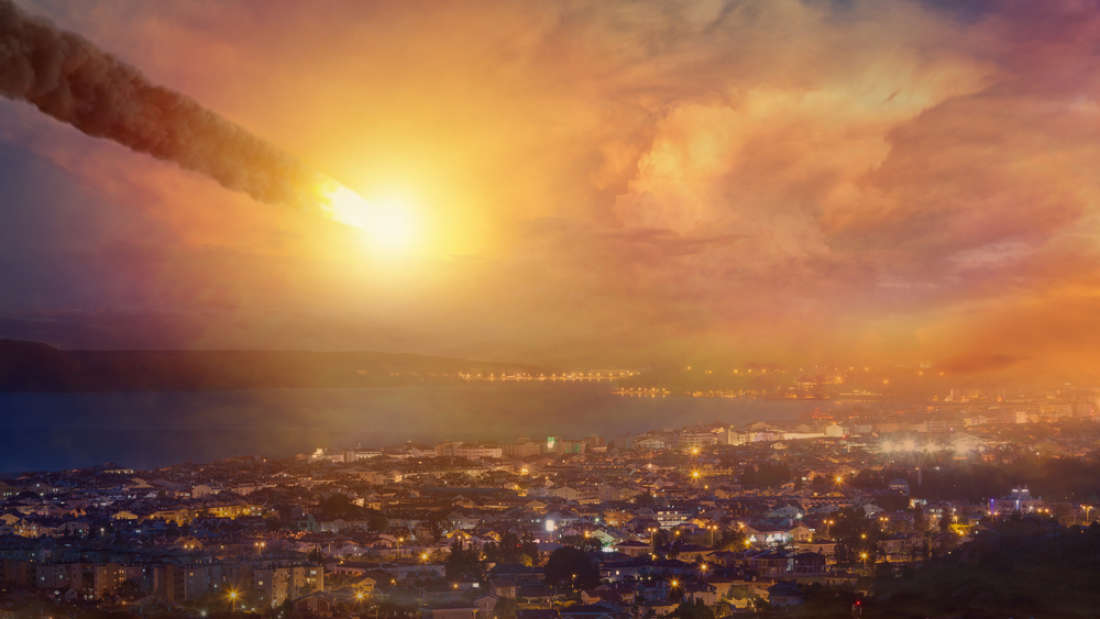 With a warming world, a backlash against vaccines for preventable diseases and the threat of nuclear war, it’s understood that there’s a good chance humanity will bring about its own destruction. Now, scientists have looked at the probability of human extinction in any given year based only on the risk of natural disasters – no anthropogenic involvement required – and the odds could be as high as one in 14,000.

Out of all species that have ever existed over 99 percent have gone extinct. Yes, human activity is exacerbating extinction rates for many species, but extinction has always existed, whether caused by gradual environmental shifts or evolutionary competition, or larger mass extinctions thanks to catastrophic natural events – the dino-killing Chicxulub asteroid springs to mind.

Researchers at the Future of Humanity Institute at the University of Oxford were curious if they could calculate the upper bound of the probability of humanity going extinct in any given year, a “natural ‘background’ extinction rate” for humanity as they put it. They wanted to know the likelihood of humanity being wiped out by a catastrophic natural disaster, and propose that knowing this helps us evaluate whether the risks to humanity are greater from natural or anthropogenic causes.

To do this they excluded anthropogenic risks like climate change and nuclear weapons, focusing instead on natural risks that Homo sapiens have faced and survived over our 200,000 years of existence – supervolcano eruptions, asteroid impacts, etc – arguing that we can calculate an extinction rate based on the fact humanity has survived up until now.

“Using only the information that Homo sapiens has existed at least 200,000 years, we conclude that the probability that humanity goes extinct from natural causes in any given year is almost guaranteed to be less than one in 14,000, and likely to be less than one in 87,000,” the researchers write in Scientific Reports.

So is one in 14,000 high? Should we be concerned? Well, firstly, they were attempting to work out the upper bound of the probability of extinction, the highest possible calculation, and it is based on certain specifics – using modern humans that appeared around 200,000 years ago as a survival track record.

As they explain in the study, if we move those variables – for example, if we look at the hominin fossils thought to be Homo sapiens found in Jebel Irhoud dated to around 300,000 years ago as the start of modern humans then the upper bound becomes one in 22,800. If we look back 2 million years, at the first emergence of the genus Homo and a longer track record of survival, the figure for the annual probability of extinction due to natural causes becomes below one in 140,000.

A one in 14,000 chance of going extinct also means we have a 99.993 percent chance of not going extinct each year. Although to put that another way, that is the same odds as out of 100,000 commercial flights that occur every day, on any given day seven might crash.

Of course, there are caveats to this analysis. It only looks at the odds of being driven extinct by natural phenomena for which the risk hasn't changed or decreased over the last 200,000 years, and of course, it doesn't account for risks from anthropogenic sources.

“200,000 years of track record of not going extinct from nuclear war doesn’t count for much,” one of the study authors Toby Ord pointed out to Vox, “since we only invented nuclear weapons 70 years ago.”

But having an understanding of a background extinction rate for humanity, without anthropogenic involvement, has its merits. It allows us to identify and prioritize the biggest risks we face across the board. The researchers conclude that their paper reveals we are unlikely to go extinct due to natural causes that humanity has been vulnerable to as long as we've existed. However, "No similar guarantee can be made for risks that our ancestors did not face, such as anthropogenic climate change or nuclear/biological warfare."

By Lucy Jones FOR many people, with the winter chill comes the frustrating urge to pee a lot more…

Posted Nov 17, 2019 Source: iStock:MNStudio Last week, how much time do you think you lost at work…