Jogging Is the Best Weapon Against 'Obesity Genes' 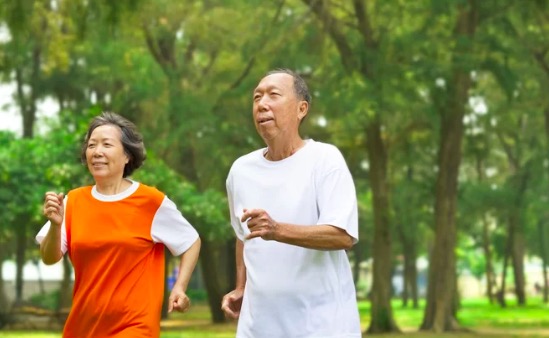 A new study suggests that jogging is one of the best exercises to counteract so-called "obesity genes."
Credit: Shutterstock

People who are genetically prone to obesity may gain weight more easily than others. But having so-called "obesity genes" does not make a person destined to pack on the pounds.

Case in point: A new study suggests that certain types of exercise may help ward off obesity, even for those who are genetically predisposed to the condition.

The study researchers analyzed information from more than 18,000 people in Taiwan ages 30 to 70 who provided blood samples and had their genomes sequenced. Participants reported whether they exercised regularly, and if so, what type of exercise they typically did. [The Best Way to Lose Weight Safely]

The researchers then scanned participants' genomes, looking for genes that were tied to an increased risk of obesity. Next, the investigators examined whether certain exercises seemed to counteract this risk. (The researchers used several measures of obesity, including body mass index, or BMI; body fat percentage; and waist and hip circumference.)

But one tried-and-true exercise stood out as the one with the strongest anti-obesity effect: jogging.

Participants with obesity genes who jogged tended to have a lower BMI, lower body fat percentage and a smaller hip circumference than people with similar genetic risk who did not jog.

But for those who loathe jogging, fear not: Five other types of exercise were also tied to a lower BMI among individuals at risk for obesity. These included mountain climbing, walking, power walking, certain types of dancing (such as ballroom dancing) and lengthy yoga sessions.

The benefits of these exercises were biggest among those with the greatest genetic risk of obesity.

These findings indicate that "although hereditary factors are critical to obesity, performing different kinds of exercise can modify this relationship," the authors wrote in their paper, which was published Aug. 1 in the journal PLOS Genetics. In other words, your genes aren't your destiny.

Interestingly, several other types of exercise failed to counteract the genetic risk of obesity. These included cycling, stretching exercises and swimming, as well as the video game "Dance Dance Revolution" — to the disappointment of "DDR" fans everywhere.

The findings don't mean that these latter exercises can't help with weight control. It's just that they didn't seem to offset the genetic propensity to gain weight.

There could be several reasons for this. The researchers noted that, for the average Joe or Jane, cycling and stretching exercises tend to require less energy expenditure than the six exercises that were tied to a lower obesity risk. In addition, exercising in relatively cold water, as happens with swimming, may stimulate appetite and increase food consumption, the authors said. And "DDR" is not a formal exercise that requires consistent training, as is the case with ballroom dancing, the researchers noted.

Because few participants in this study reported engaging in weight training, badminton, tennis or basketball, the study could not determine whether these exercises offset the risk of obesity genes.

It's important to note that most of the participants in the study were of Han Chinese descent, so it's not clear that the results would apply to other populations.

These Jellyfish Have The Scariest-Sounding Sperm In The Animal Kingdom Box jellyfish, the undisputed kings of the sting, are…