How the Marvel Cinematic Universe has helped me grieve 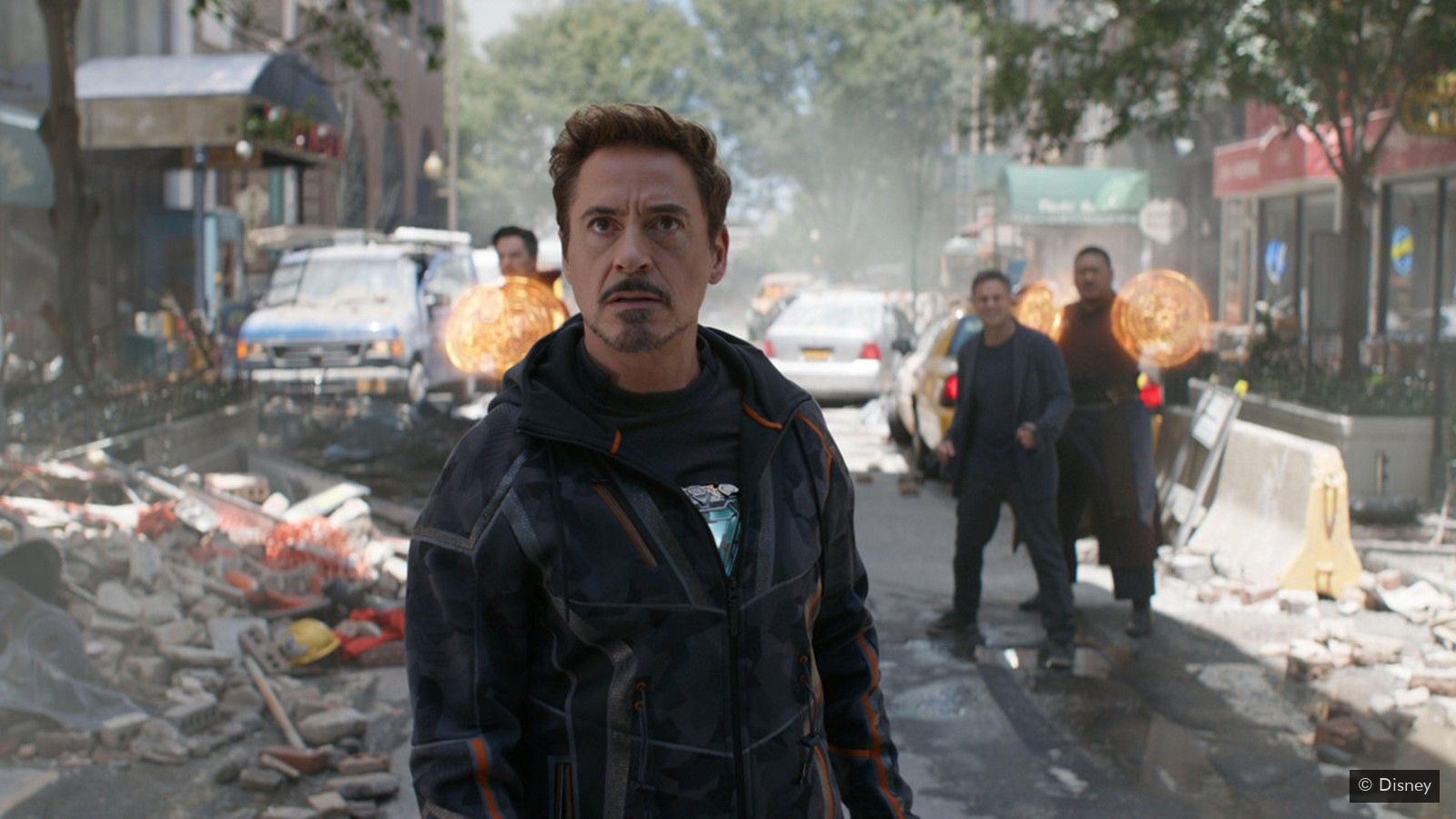 Since writer Hanna Flint’s grandmother died from Covid-19 complications, she has found solace in superheroes. Here she explains why the films are great for processing tough emotions.

I'm going to explain to you why the Marvel Cinematic Universe (MCU) is my happy place in a moment but first I need to tell you about something sad. My grandmother died from Covid-19 complications on Good Friday and it’s the first time I have really experienced the true pain of losing a loved one. Monica had been my only grandparent since I was five years old; she was a Grade A, god-tier grandma and here I was, in my flat in London, having to come to terms with her death alone, with the knowledge that I wouldn’t be able to leave lockdown to say goodbye at the funeral in two weeks’ time.

After my parents called me that Friday night to tell me the news, I cried myself to sleep. But the next morning, I woke up with the strongest urge to escape into the fantastical world of Iron Man, Captain Marvel, Steve Rogers, Thor and the rest of these Marvel heroes – so I camped out on my sofa and binge-watched MCU movies for the remainder of the Easter Weekend. 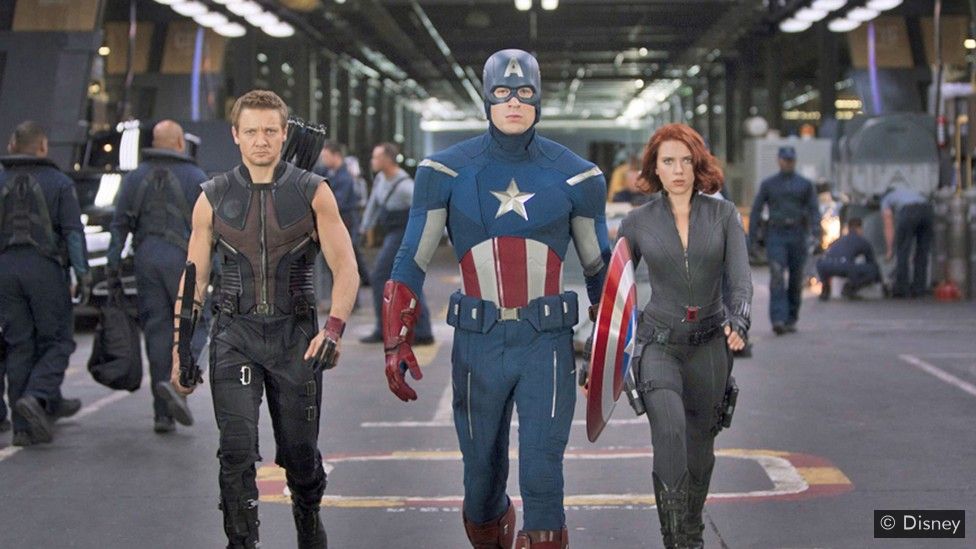 I’ve spent more than a decade being invested in this film franchise, so it’s no wonder that it’s become the cinematic equivalent of an emotional support dog for me in my time of need. There’s a familiarity that I have with these heroic characters and their fist-pumping adventures that must cause a release of serotonin in my brain, because with each film I watched anew, I felt the thrum of grief lessen, allowing in moments of joy that lifted my spirit.

Their light and shade

The Marvel Cinematic Universe really is a joyous one. Ever since it began in 2008 with the release of Iron Man, it has served up superhero stories with as much willingness to make you laugh as they do to make your eyes widen in action-packed awe. Sure, it deals with serious subjects, like the war on terror, government overreach and, you know, the genocide of half the universe. But it’s a franchise that is not afraid to laugh at itself either, and launching it with Robert Downey Jr as the witty, and oft-times crude, Tony Stark was a statement of comedic intent.

The series has also deepened as time has gone on, with the MCU opening itself up to a broader range of stories and sensibilities.

That humorous side was then amplified with the 2012 release of The Avengers, written and directed by quip-master Joss Whedon, who used jokes and even more pop-culture references to bridge the gap not only between his newly-assembled superhero gang and their super-powered egos, but also between these seemingly fantastical characters and the audience. Tony calling Thor “Point Break” – a reference to the latter’s resemblance to Patrick Swayze’s blond surfer dude in the 1991 action-thriller – never fails to raise a smile, and thanks to the MCU’s cross-narrative approach to cinematic storytelling, that’s a joke that gets hilariously revisited five years later in Taika Waititi’s Thor: Ragnarok.

Alongside the gags, the series has also deepened as time has gone on, with the MCU opening itself up to a broader range of stories and sensibilities. No longer is the focus only on white male heroes and villains – instead there is a diverse range of characters for a wider audience to connect with. Peyton Reed’s Ant-Man films, James Gunn’s Guardians of the Galaxy movies, Scott Derrickson’s Doctor Strange and Captain Marvel from Anna Boden and Ryan Fleck, are all brilliant examples of Marvel Studios allowing the filmmakers’ voices to shine, while still staying true to the unifying structure and webbed narrative of the franchise. Ragnarok is probably the most distinctive individual Marvel offering so far – Waititi’s deadpan, self-referential humour keeps things especially grounded and accessible, despite the out-of-this-world setting. The Kiwi filmmaker flips your expectations of certain characters – as when Korg, a member of the rock alien Kronan race, turns out to be far more mild-mannered and intellectual than his previously-seen peers – but also uses comedy to make space for a deeper cultural commentary on issues like refugees, slavery and the white-washing of history. 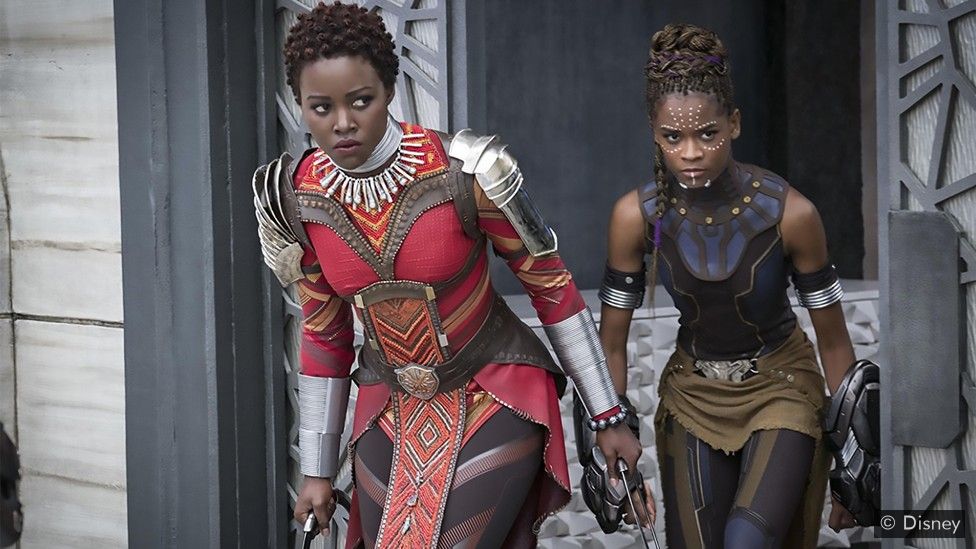 Then, employing a more serious tone, Ryan Coogler continued the exploration of such themes in 2018’s Black Panther. Set in the fictional country of Wakanda, the film at once celebrated the awe-inspiring skill of the titular hero and his all-female security team the Dora Milaje, paid tribute to African and African-American culture, and acknowledged the negative legacy of white colonial powers. I went to the UK premiere of this movie and it is still one of my favourite communal cinema experiences.

But while the MCU has become ever more culturally enlightened, what it has always been great at is addressing issues around mental health – ones that people from every background can relate to.

There’s the obvious metaphorical battle with personal demons that takes place in every film. From Captain America taking on the Red Skull to Captain Marvel battling her former Kree allies, viewers can put themselves in the position of these heroes as they overcome their perceived pitfalls, and find the courage and strength to defeat the physical manifestation of their doubts and fears. However, the MCU deals with mental health not just through subtext but explicitly in the narrative arcs of several characters.

There’s a wonderful line in Doctor Strange: ‘death is what gives life meaning’. It made me smile thinking about the wonderful life my grandma led for 86 years

We see Tony Stark struggling with post-traumatic stress, for example, stemming from his experience being held hostage by the 10 Rings in his first film; it comes to a head in Iron Man 3, where he begins to suffer panic attacks. With each new cinematic outing, Tony faces new threats against his life, those he loves, and the entire planet, but is also still struggling to come to terms with the death of his parents and regrets over his relationship with his father. Then there’s Bruce Banner and his identity crisis regarding his shared existence with the manifestation of his anger, the Hulk, which many people who have experienced the flaring up of repressed emotions may relate to. Meanwhile the trauma of child abuse is explored through survivor Nebula. Every time her father Thanos, the biggest of Bads in the MCU, punished her perceived failures by replacing her body parts with machinery, he chipped away at her humanity – but we see her and sister Gamora come together to claim it back.

Right now, though, it’s Thor’s battle with depression and grief that I feel most connected to.

Death is always waiting in the wings of the superhero stage and in the MCU it has claimed the lives of good guys and bad guys alike. In fact, there’s a wonderful line from The Ancient One in Doctor Strange on the subject, where she says to her protegée, “death is what gives life meaning”; it made me smile thinking about the wonderful life my grandma led for 86 years. 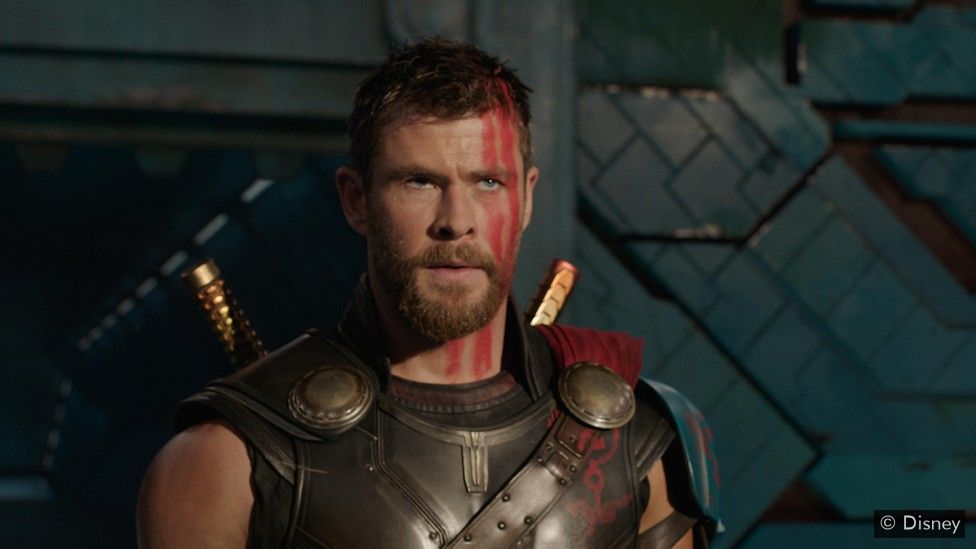 But the God of Thunder, well, he’s been dealt more than his fair share of loss in this franchise. After losing his entire family, and being forced to destroy his homeworld of Asgard, Thor shoulders the guilt of not “aiming for the head” and killing Thanos before the Mad Titan eradicated half the universe with a snap of his fingers. In Avengers: Endgame we see the consequences of that self-reproach, with Thor no longer looking like the Asgardian god of legend, but rather an average looking man who has resorted to the very human practice of eating and drinking his feelings away. However, what’s encouraging is that this film allows him to process his grief and show his vulnerability, without the need for him to revert back to his godlike body to become the hero the Avengers need again. Because his heroism doesn’t come from his powers, but his heart, and that’s the most human thing in the world.

The camaraderie of people uniting in deep, dark times of need always gives me permission to cry uncontrollably

We can take comfort in that fact. That these characters might be the smartest, strongest and most courageous heroes in the universe, but they still have flaws and struggle just like us, regular humans. And in this way, the MCU films give some people the freedom to express their emotions without judgement. My best friend Corin has been dealing with long-running mental health issues and he told me recently that the MCU has offered him solace too. “The camaraderie of people uniting in deep, dark times of need always gives me permission to cry uncontrollably,” he said. “There’s something magical and distant enough about these stories that it allows me to feel the grief or depression I find it hard to compute. I basically don’t feel alone.”

Right now, I think, we’re all looking for heroes – and while there are plenty to clap for in our health services and key workforces, there’s also something reassuring about escaping into this world of fictional great men and women that gives you the chance to laugh, cry and cheer – and ultimately witness the win of all wins.

It might not be the most cerebral choice of joy-giving culture, but there’s a reason why millions flocked to see these movies over the past 10 years, and whether you believe the MCU is ‘cinema’ or not, there’s no denying it is one of the most entertaining and game-changing film franchises of all time. It’s certainly provided me ample entertainment over the years, and right now, as I process my grief in isolation, it’s given me the cinematic comfort blanket I’ve so desperately needed.

iOS 14 features — all the biggest upgrades coming to your iPhone By Philip Michaels, Adam Ismail Today we got…