Who Has More Favorable Views of Their Former Partners?

Who has more favorable views of their ex-partners? Men or women? This is a question you may ask at a party, as it may help to make otherwise boring parties more lively and exciting. But it may also be a life-changer. It can touch upon recent experiences, or ones yet to come. How should one optimally deal with the pain of a break-up? Or how does a break-up shape the mindset with which to find a new partner? These questions clearly matter to those of us who are personally faced with the complications, if not trauma, of divorce or even "a simple" break-up. 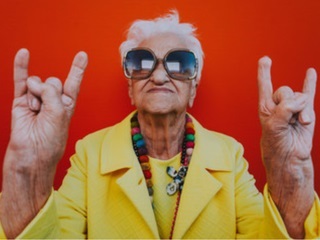 Partners who break up may have children and often share friends. Even some financial interdependence may continue with former partners, such as a shared business such as the bed-and-breakfast in a sunny country they once romanticized perhaps as much as their relationship with each other. If it is not a bed-and-breakfast, it may simply be decisions about a mortgage, or more challenging, alimony.

Psychologically, reflections on our past partners may also have an impact on our views of current or future relationships. People may decide to never fall in love again with a gold-digger, or perhaps more taxing, an addiction-prone partner. Personal histories shape our expectations – and may sometimes set explicit standards for new relationships.

So, what is the answer? Who does have more favorable views of their ex-partners, at least in heterosexual relations? Men or women? New scientific research on 876 participants from Austria reveals a clear answer. It is men – not women. Men continue to see some virtues rather than faults in their former partners. Women less so. You may have guessed it right, after reflecting upon the title of this article. 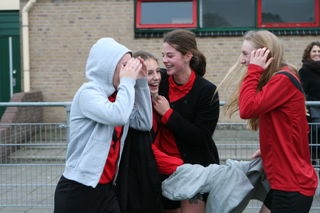 But when being faced with the question, most people do not feel confident at all. The researchers examined this very question in nearly 500 American participants, asking which statement they agree with: “Men hold more positive attitudes toward their ex-partners than women,” “Women hold more positive attitudes toward their ex-partners than men,” or “There are no differences in ex-partner attitudes between men and women.” Most male and female participants (62%) report that they did not believe in a difference between men and women. Further, 24% were correct and said that it must be men, while 14% had it “wrong,” believing that men have more negative views of their former partners. Clearly, the finding is far from common sense.

But why exactly do women have less favorable views about their former partners? Research provides some tentative answers. One reason is that women blame their (male) partners for the break-up, and the road to it. And such beliefs may well be partially rooted in reality: Men are more likely to be addictive or abusive than women. And counting by the sheer number of hours per week, men are less strongly involved in raising children or household chores. Another reason is that men more than women like to keep the door open to sexual intimacy with their former partners.

And if a non-closed door to sex is not the primary reason, after break-up men are more dependent than women on social support. While men may have more “comrades” than women, they often have fewer best friends with whom they can discuss issues as intimate as those happening in their former relationships, or even more crucial – personal issues about how to cope with being alone and the lack of intimacy. More than women, men may be more strongly dependent on their former partners for social support, which often centers on simply listening and “being there” in lonely or otherwise harsh times.

What Is Your Peak Learning Time? By Deb Peterson Do you learn best first thing in the morning, as…