Mirror, Mirror, on the Wall – You’re Probably More Attractive Than You Think 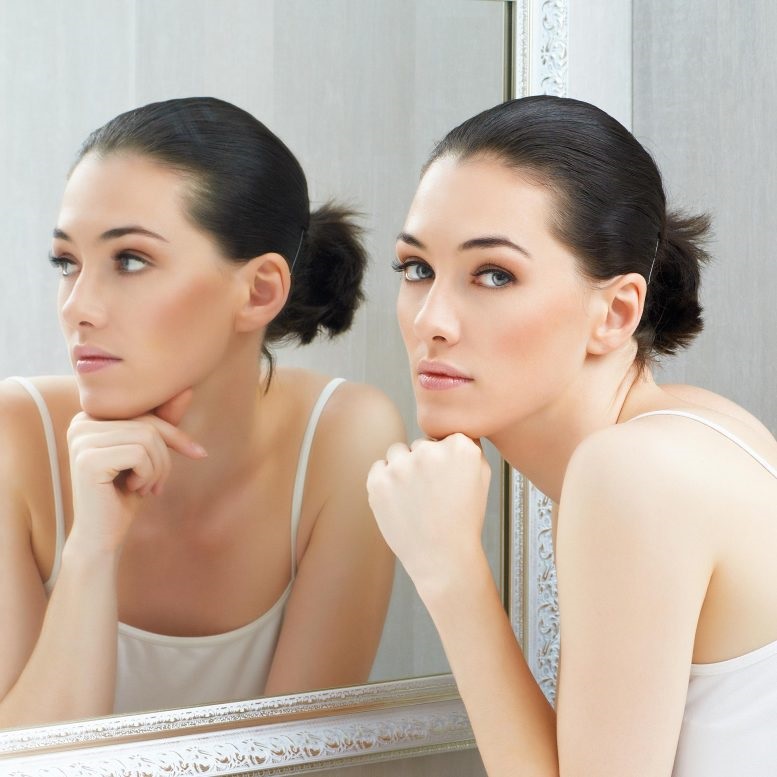 Are we the best at judging our own attractiveness?

New research out in Frontiers in Robotics and AI shows that we might not be after all. Researchers from the Experimental Virtual Environments (EVENT) Lab at the University of Barcelona examined the difference between how we believe we look, and how we view our own body from an outsider’s perspective.

What they found was that people rate their own body more negatively when embodied in it, compared to viewing their exact same body except as an outsider. So, how exactly do we view our own body as an outsider?

The researchers set out to answer this by recruiting 11 men and 12 women from the University of Barcelona. Participants filled out one questionnaire on eating disorders and one on body shape perception.

The team used virtual reality to create three virtual bodies (“avatars”) for each participant: one based on how participants indicated measurements of their own body as their own image of it, one based on their ideal body shape, and one based on their real body measurements. Once these computer models were created, participants were immersed in virtual reality to view these three avatars from two different perspectives — first-person (like how we see our own bodies day to day) or third-person (how others in public would see us). They were then asked to rate the attractiveness of each of these virtual bodies.

“Importantly, we also observed that the internal representation that people create of their own body is highly inaccurate.”

The researchers found that individuals’ prior beliefs about ‘the self’ may be responsible for this effect and could prevent people from accurately judging their real appearance. Interestingly, the researchers also noted that the “ideal body” described by participants often had similar physical attributes one to another. This points towards the predominance of an ‘ideal body shape’ within the study’s cultural environment.

By using virtual reality, the researchers were able to give participants a new perspective on themselves — in more than just a physical sense. The gap between the reality of how we look versus how we perceive how we look can often be at the root of many body perception disorders, and the techniques described here may have future applications for treatment.

“By showing their real body to our female participants from a third person perspective, it appeared more attractive to them than when the same body was seen from a first-person perspective. We believe that this method can be particularly efficient for increasing body satisfaction in patients with eating disorders”, states Neyret.

“This method could help patients to understand the biased representation they have of their own body. This knowledge could re-orientate their attention to the real features of their body shape in a more accurate and objective way, that isn’t affected by the negative prior beliefs they have about themselves”, says Neyret.

By being able to see ourselves as from an outside perspective, we might learn to get a more objective perception of our bodies, and start to live with a healthier and more accurate body image.

How Long Can You Live Off The Fat In Your Body? By Zidbits Our digestive system converts the food…