Written by Sven Bilén for The Conversation

The huge increase in air travelers and ever more full — and oversold — flights have made air travel more trying. But it has gotten better in one aspect that most of us in the smartphone-addicted public appreciate: Cellphone use is no longer completely forbidden on planes.

We used to have to turn our phones off and store them when we flew commercially, but now can keep them on as long as they are in Airplane Mode. Why? What's changed? Weren't planes supposed to fall out of the sky should some forgetful flier leave their phone on? And what really would happen if everyone started yakking away during cross-country flights? 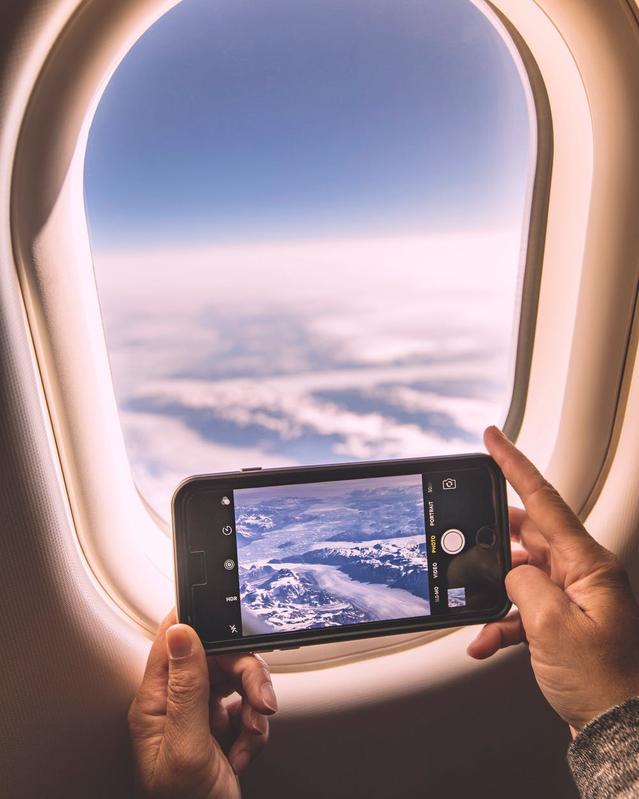 First, some basics on how cellphone systems work. When you make or receive a call, your phone looks for the closest cell tower to connect to. Each tower services an area (a "cell") that may be as large as 50 miles in radius over flat terrain, or smaller than a mile in radius in hilly areas or dense urban zones.

As you move from one cell to another, say on your daily commute, your cellphone call gets handed off from one tower to the next. It requires a fair bit of work on the part of the overall system to make these transitions seem seamless to you. There are also built-in expectations about how often these handoffs should happen (not very), the speed of the user (highway speeds at most), and your altitude (somewhere near the ground).

Cellular use on a plane at cruising altitude breaks all three of these expectations. Simply put, calls in the sky may interfere with the proper functioning of this complex system — particularly if a couple hundred passengers all had their cellular radios on — such that users on the ground are affected.

So, for now, the Federal Communications Commission restricts cellular use on airplanes.

But What's the Risk?

That all sounds like a service issue, not a safety one. What would happen if someone kept their phone's cellular functions on while enjoying the view at 30,000 feet? Likely, nothing. And that's a good thing, since even when their use was completely banned, people left them on all the time, whether intentionally or not.

But there is a non-neglible risk that using your phone could interfere with critical systems on the plane.

Although most modern phones no longer do this, GSM (2G) phones were notorious for interfering with other electronic systems. Former owners will recall the "buzz" you heard in your stereo or speakerphone when making a call. Now, imagine this buzz being picked up by a sensitive navigation system. You don't need to be technically minded to understand that might not be good.

Researchers found that electromagnetic emissions from personal electronic devices can interfere with a plane's systems. Specifically, those in the 800-900 MHz range can interfere with unshielded cockpit instrumentation. This is a particular issue on older aircraft. Newer planes are designed to deal with the huge amount of electronics the flying public takes onto airplanes.

Airplanes are incredibly complex machines, filled with electronics and critical systems required to perform the modern miracle that is flight. The thing about complex systems is that it's usually impossible to test how safe they are under every conceivable contingency. Given how many new phones come on the market each year, it would be challenging to test how each and every model might interfere with the systems on each aircraft in the commercial fleet worldwide. So airplane manufacturers work to "harden" the critical systems on their planes to make them less susceptible to interference from electronics.

Switch Your Phone to Airplane Mode

Cellphones used to be just that, a phone. You used it to call and text people. Arguably, the "phone" is now the least used function — think about the time you spend making calls versus everything else you do with it. So frequent fliers chafed at having to put their phone away for hours.

Although the FCC governs the use of cellular phones on planes, the Federal Aviation Administration governs the use of electronic devices on planes. If a device doesn't interfere with the aircraft's communication or navigation systems, it can be used on planes. People were using laptops, cameras, video players, tablets, electronic games and so on, so why not smartphones? After all, this single device now performs the functions of all those others. Hence, the FAA ruled they may be used, but only if the cellular radio was switched off. Enter Airplane Mode.

By adding Airplane Mode, device manufacturers have made our lives easier. When you flip on this feature, it turns off your phone's cellular radio so you can't make phone calls or text. It also turns off WiFi and Bluetooth, but both of those can be re-enabled and used on planes.

Airlines continue to innovate. Delta, for example, offers free access to certain messaging apps like Facebook Messenger and WhatsApp, which work over WiFi. But cellular texting, which needs the cellular radio, is still prohibited.

Of course some people still want to be able to make phone calls while in flight. Sadly for those of us in the flying public who don't want to sit next to someone loudly blabbing away all the way from New York to LA, this day may come. Airlines are experimenting with "picocells," which are like mini, low-power cell towers within the plane itself. Since this is the closest "tower" a phone on a plane would find, it would not connect to any towers on the ground, eliminating the FCC's concerns. Your call would be routed like a VoIP call using the plane's onboard internet provider system.

As for how to keep the rest of us from erupting like Samuel L. Jackson, "Enough is enough! I've had it with these [daggone] cell phones on this [daggone] plane!"— perhaps airlines will create "cell-free zones" like the ones in trains and other public places.

Sven Bilén is a professor of engineering design, electrical engineering, and aerospace engineering at Pennsylvania State University. This article is republished from The Conversation under a Creative Commons license. Read the original article.