Guns N' Roses are to drop their lawsuit over a beer named after the band after reaching a settlement last month. 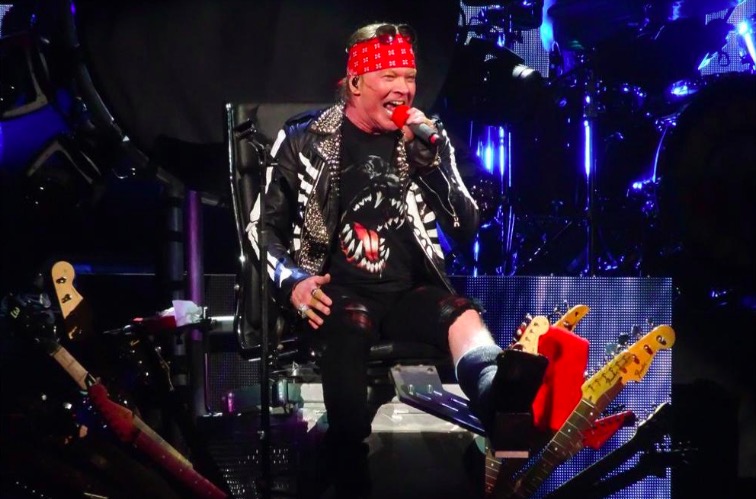 The 'Paradise City' hitmakers had taken legal action against Oskar Blues Brewery earlier this year, accusing them of trademark infringement for selling a beer called Guns 'N' Rosé , but they have now resolved the issue.

According to the New York Post newspaper's Page Six column, the group and the Colorado company agreed to settle last month, but the decision was only made public on Monday (12.08.19).

The lawyers agreed in principle and are currently working on a written settlement which will ultimately lead to the dismissal of the lawsuit.

The rockers - Axl Rose, Slash and Duff McKagan - had filed their lawsuit in May, claiming Oskar Blues had applied to trademark their beer name in 2018 but dropped the bid after the band objected.

However, the brewery continued to sell Guns 'N' Rosé, as well as other merchandise, including bandanas, which the band argued were associated with frontman Axl.

The 'Welcome to the Jungle' hitmakers were seeking a court order blocking the brewery from misappropriating their name, as well as having the products destroyed and forcing profits from the sales and other monetary awards to be turned over.

Meanwhile, Slash recently revealed the group are planning to start work on a new album.

He said: "The thing is, we haven't really done anything yet, and I don't like to say anything. You know how people used to promote s**t and lie through their teeth?

"So I just wanted to be honest about it, and so there was really no telling what we were going to do at that point.

"But at this point, I do know that we are going to do this run of autumn shows, and we've already started working on stuff. So, there you go.

"I'm excited about what we've got going on and everything, so it's going to be cool."