Brazil's Amazon Is Being Scorched By A Record Number Of Wildfires 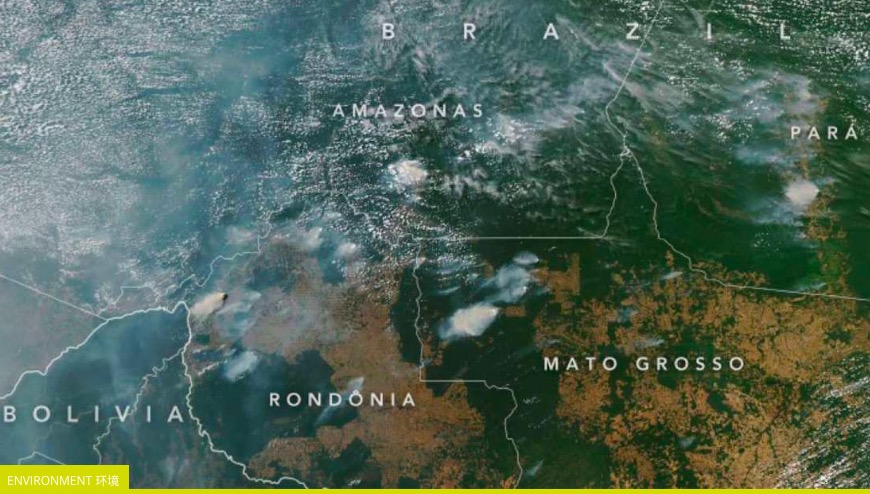 The Amazon is on fire. This is according to data collected by the National Institute for Space Research (INPE), which reports a record number of wildfires (more than 72,000) between January and August 2019. More than 9,500 of those fires have taken place within the last week.

Admittedly, annual wildfire rates in the Brazilian Amazon have only been tracked since 2013. However, we have not yet reached peak wildfire season and already numbers have surpassed the previous record (2016 had more than 68,000 fires) and are up 83 percent on the same period last year.

The Amazon's wet weather and humid climes provide a buffer against wildfires throughout most of the year, preventing fires from spreading or even starting in the first place. But the world's largest rainforest does still have a fire season, which starts in August and runs until November, peaking in September – meaning it has only just started.

While they can occur naturally, fires are frequently ignited intentionally by ranchers and agriculturists who want to clear land for business purposes.

"There is nothing abnormal about the climate this year or the rainfall in the Amazon region, which is just a little below average," INPE researcher Alberto Setzer told Reuters.

"The dry season creates the favorable conditions for the use and spread of fire, but starting a fire is the work of humans, either deliberately or by accident."

In a statement published on Friday, NASA reports overall fire activity in the Amazon is a little below the 15-year average. But notes activity has been above average in the states Amazonas and (to a lesser extent) Rondônia.

Meanwhile, residents in São Paulo have actually experienced blackouts due to strong winds and excess fire smoke, which darkened skies for roughly an hour at 3pm local time on Monday.

This year has seen destructive wildfires across the globe, from Siberia and Greenland to the Canary Islands where 9,000 people had to be evacuated. Naturally, this has sparked debates around human-driven climate change and – specifically – the abnormally hot weather experienced in many parts of the world.

However, the wildfires engulfing Brazil raise another issue. Namely, the rapid rate of deforestation taking place under the leadership of the right-wing authoritarian president Jair Bolsonaro, who took office in January 2019.

Over the last eight months, Bolsonaro (aka "Captain Chainsaw") has fulfilled pre-election pledges to relax environmental regulations and open up indigenous land to mining and agriculture. At the same time, he has cut Brazil's primary environmental agency's budget by 24 percent – a decision that might just help explain why enforcement actions by that agency dropped 20 percent in six months, according to the New York Times' calculations.

Unsurprisingly, deforestation rates have rocketed as a result. Last month, they were 278 percent higher than they were in July 2018.

But Bolsonaro's response to Brazil's wildfires appears to largely ignore this fact: "I used to be called Captain Chainsaw. Now I am Nero, setting the Amazon aflame. But it is the season of the queimada."