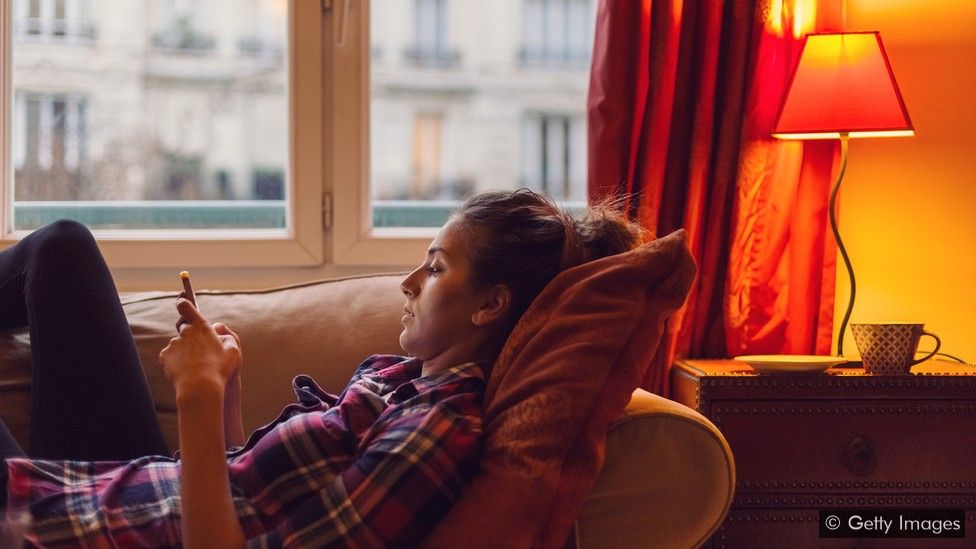 You may be among the more than three million people who’ve seen a short film issued by the Governor of California’s office. It’s all over social media. In the video, the comedian Larry David, in his trademark sardonic style, urges people to follow the official advice and stay at home to stop the spread of Covid-19. What’s the matter with you "idiots", he says, you’re passing up a fantastic opportunity to sit in an armchair and watch TV all day!

We’re used to health warnings that urge us to do things that we don’t really have a great urge to do: to exercise more, to eat five or eight or even 10 portions of fruit and vegetables a day. But for once the official advice sounds easy; loaf on the sofa, binge-watch box sets, stay at home. This all sounds as though it should appeal to our lazier sides.

In fact, it is not as simple as that, as you’ve probably already found out, after a few weeks of lockdown. It turns out we are not biologically programmed to do as little as possible. Indeed, we thrive on activity. Or at least, a good balance between being busy and being able to rest.

It’s true that we often look for the easy option, the path of least resistance, the shortcut to success. If you have a remote control, why get up and switch channels on the TV itself? If you have a car why cycle to the supermarket? If you can get away with doing half as much work than a colleague, then why not?

Any sort of work or effort involves mental and physical strain, so it makes sense to avoid it where possible. And sometimes we do just that. This is sometimes known as the principle of least effort or Zipf’s Law, a law you might think no one is ever tempted to break. Except that we break it all the time. 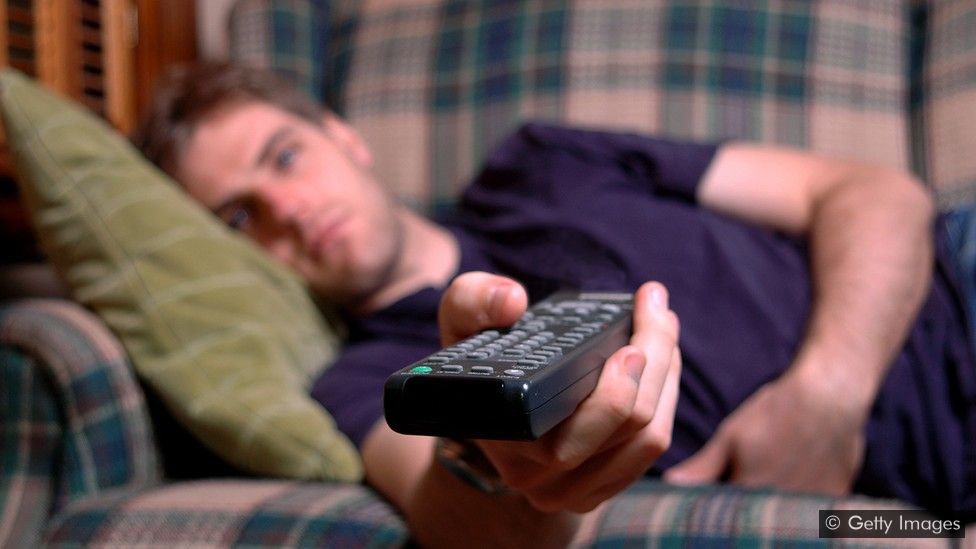 Do you ever dream of doing absolutely nothing? Lying in a hammock for a whole afternoon. Just staring at the ceiling, listening to the silence. It may sound like a lovely idea, but in fact we can find doing nothing at all – and take sleep out of the equation – very hard to do. In a famous study conducted a few years ago at the University of Virginia, participants were led one at a time into a completely bare room with all distractions removed. They had no phone, no books, no screens – and they weren’t allowed to take a nap. Electrodes were fitted to their ankles and they were left alone for 15 minutes. It was an opportunity to kick back and relax for a short while.

So, how did it go? Well, before being left alone, participants were shown how to press a computer key which was wired up to a machine that delivered an electric shock. You might suppose that having tried it once no one would want to do it again. Wrong. In fact, 71% of the men and 25% of the women gave themselves at least one electric shock during their time in solitary – and one man shocked himself a shocking 190 times. It turns out that having nothing to do was so excruciating, that many of the participants preferred to, in effect, torture themselves rather than put up with no distractions whatsoever.

Sometimes we take the easy route and do as little as we can get away with, but at other times we value situations more if we have to expend considerable effort

This experiment is an extreme example, but we know from everyday life that people constantly choose to do things they don’t need to do and which are sometimes painful. Think of all of your friends who run marathons or have punishing regimes at the gym. They go way beyond what is required for health and fitness. And what about the people who trek across the ice to reach the poles of the Earth or sail around the world?

Michael Inzlicht from the University of Toronto calls this the paradox of effort. Sometimes we take the easy route and do as little as we can get away with, but at other times we value situations more if we have to expend considerable effort. The intrinsic joy of the effort gives us so much pleasure that we don’t take the short cut. We might spend hours puzzling over a cryptic crossword instead of using a search engine to find the solution.

We learn this early in life. As children we are taught through experience and persuasion that effort leads to reward and over time this conditions us to enjoy effort for its own sake. This is known as learned industriousness. While backpacking, more than 20 years ago, I visited the stunning coloured lakes of Kelimutu on the island of Flores in Indonesia. The lakes change colour every few years, making them a mysterious and spectacular sight. 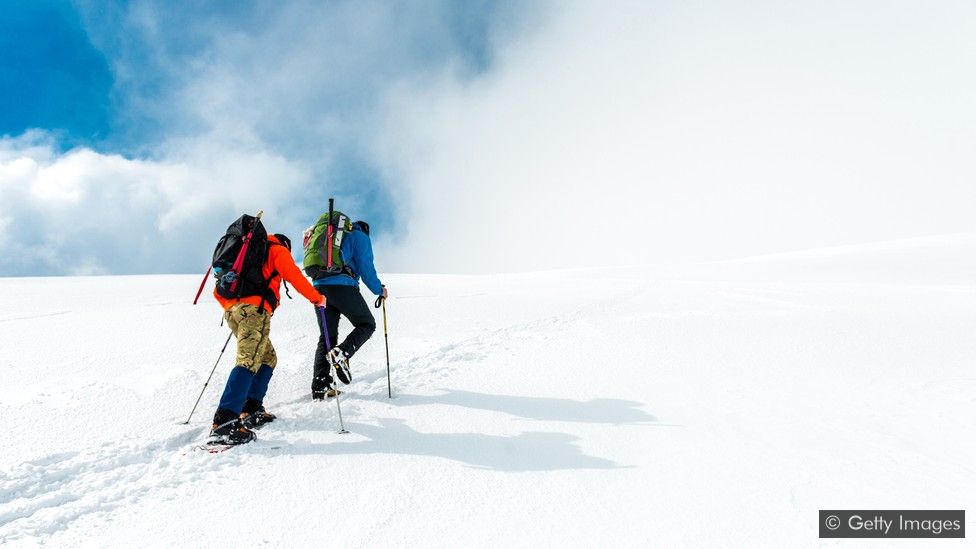 But at least part of the reason why this trip sticks in my memory is the effort that my partner and I had to expend to get there. We had travelled by boat and bus for days, including one journey of several hours in a small van, a journey so windy and bumpy that a man was employed to hand out sick bags which he then gathered up and threw out of the door. This was followed by a night in a sweaty, fetid hostel with bumpy mattresses and cockroaches, and a 4am start in another minibus to make the final trip up to the lakes. We suffered to get to Kelimutu – but that was all part of the experience.

Not far from the viewing area was a helicopter pad, where the richer tourists presumably landed. But we didn’t envy them. Did they appreciate the lakes as much as we did? Probably not.

The summits of many mountains in the world can be reached by cable car or chair lift. But of course, mountaineers would much rather bivvy overnight on the side of a sheer rock face, suspended in freezing conditions, risking frost bite, than take the tourist route. The behavioural economist George Loewenstein called his paper on this syndrome "Because it is there" after George Mallory’s famous quote. He explains that humans just can’t resist the chance to achieve goals and master situations, even when they don’t need to.

While we stay home and self-isolate, lying on the sofa and watching TV will form only a part of how we pass the time

And even if you don’t personally identify with the mountaineers getting such a thrill from the exertions and dangers of climbing, most of us can identify with the “Ikea effect”, the finding that people value household items more if they’ve built them themselves.

All of this means, that while we stay home and self-isolate, lying on the sofa and watching TV will form only a part of how we pass the time. We might think it is fun to laze around for a few weeks, but in fact it will drive us to distraction. Enforced and extended rest, unless we are ill and our bodies demand it, leads not to feelings of being relaxed but of restlessness and irritability. We need to find ways during lockdown to replicate as far as we can the rhythms and sense of balance we achieve, at our best, in ordinary life. 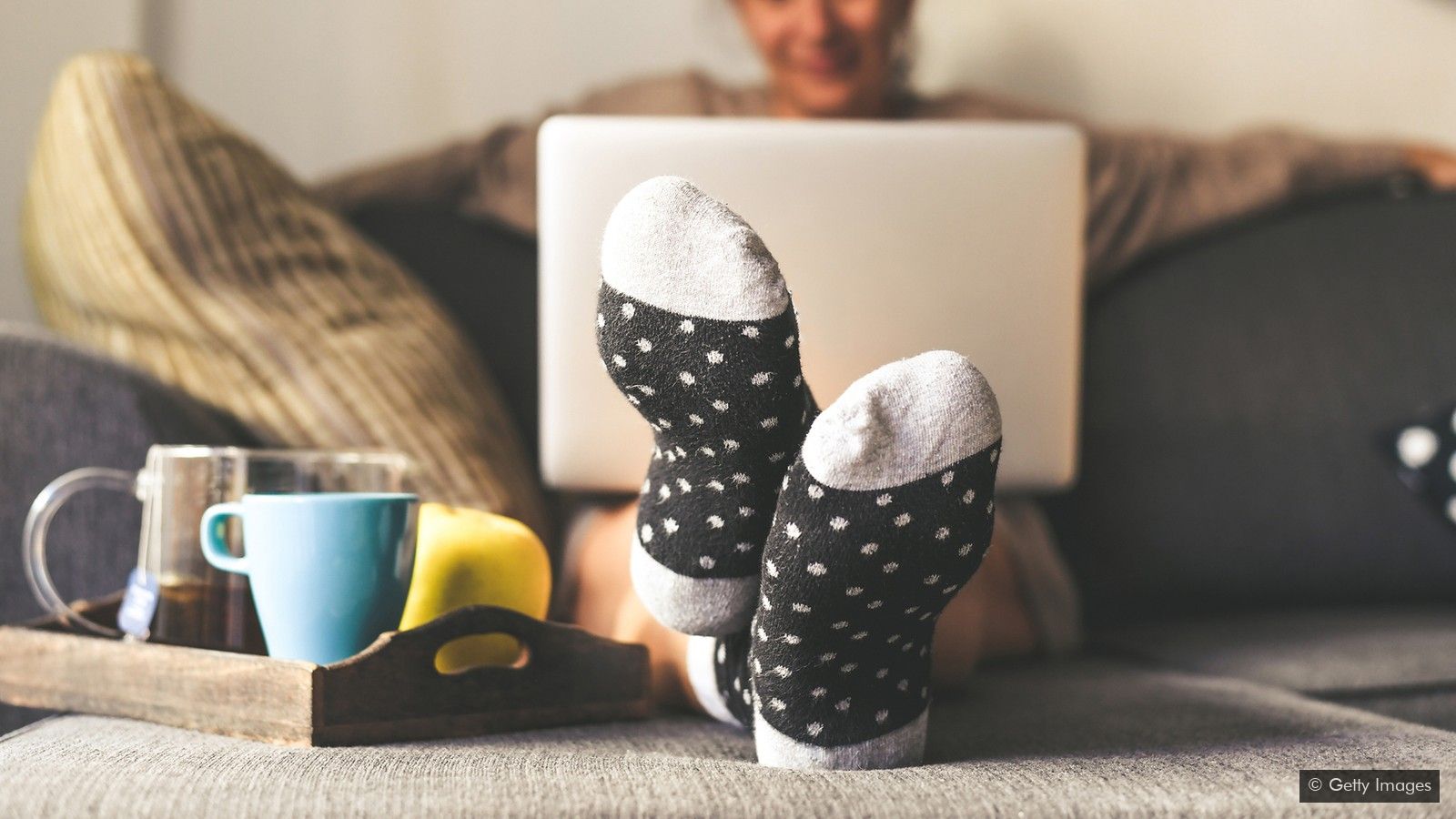 So, taking exercise, setting ourselves tasks, doing things that are effortful and difficult are important. And we should all be looking for activities or experiences that promote what the psychologist Mihaly Csikszentmihalyi calls flow, in his book Flow: The Psychology of Optimal Experience. These are tasks, such as painting or gardening or doing jigsaws, which so absorb us that we don’t notice time passing and we stop worrying about everything else.

In normal times, most of us don’t take rest seriously enough. So during this exceptional period, we should embrace the opportunity to rest more if we can – and indeed take those more balanced rhythms of rest and busyness into our lives post shutdown. But during this difficult time, we will find that we are not instinctively lazy creatures. Indeed in a weird way we might find that doing less, and resting more, initially requires quite a lot of effort.

Why is it so hard to forgive an ex? By Chermaine Lee Break-ups are never easy, but why do…