We almost all have a character inside our minds whom we might call the inner critic. It tends to pay its visits late at night, it waits until we’re very tired or physically depleted – and it then it starts to whisper vicious and appalling things to us in order to destroy all possibility of peace, self-confidence and self-compassion.

Too often, in the face of yet another onslaught by the inner critic, our minds freeze: we simply don’t know how to answer back. We’re in a tunnel alone with the critic and forget that there might be any other perspectives to bring to bear on our situation. We let ourselves be assailed by merciless accusations – and sink into self-flagellation and despair. 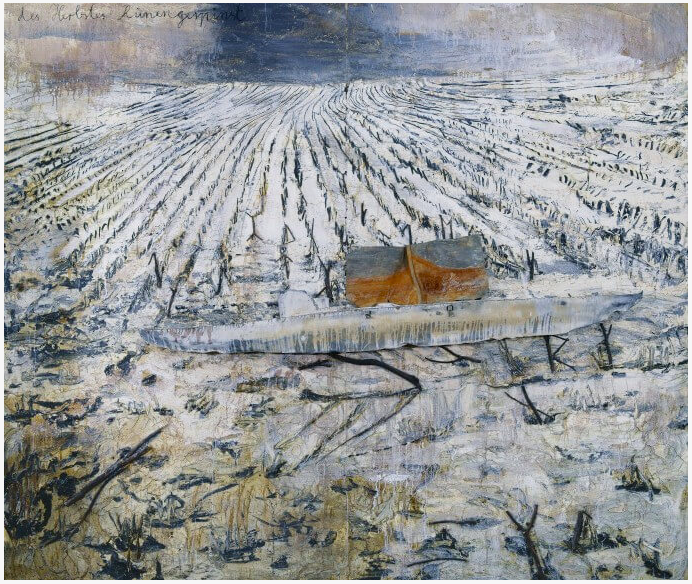 We should – when our minds clear – prepare one or two things we might say to the critic when they next come calling, here are some suggestions:

There is never one story of a life; the difference between hope and despair hangs on a different way of telling contrasting stories from the same set of facts. Of course you could spin everything as a tragedy. But let’s try another route. This is another way of telling your life story: ‘Against enormous odds, you attempted to live decently; you made some serious errors, as all humans will and you paid a very heavy price for them. In many ways, you suffered far more than is your due. You’ve been through hell. Nevertheless you tried to be good and loved a few people properly and attempted to keep going.’ On your gravestone, it might say: ‘Tried very hard.’ Or ‘Despite everything, heart was in the right place’. And that would be an equally valid and a far kinder story.

One might at this point wonder where this inner critic comes from. There’s only one answer: an inner critic was always an outer critic who has been internalised. You’re speaking to yourself as someone else once spoke to you – or once made you feel. Stand back from this deranged cruel lunatic – and question what they are doing in your mind. Is that really a way to speak to anyone? You’re happy to acknowledge your failings, all of them, every single one; you’re happy to say sorry and atone and make enormous amends and accept what you have coming to you, but this? Does anyone deserve this? This critic just wants you to die – and they don’t have a right to walk unhindered, sledgehammer in hand, in the rooms of your mind.

Everyone else knows how to live apart from you.

Another characteristically harrowing suggestion. But we don’t know. We only know people from the outside, from what they decide to tell us and naturally they hide all the bad bits that we’re only too aware of in ourselves. Almost certainly, others are going out of their minds, others are wracked by guilt and fear. Naturally, a few people appear to have perfect lives – but that’s only because you don’t know them well enough. No one is normal or very happy from close up. Life’s a struggle for everyone. Stop comparing what you know of your deep self with the advertising hoardings others have put up about their lives.

That one again. There’s no point denying it. The best defence is retreat: of course! Of course you’ve made some terrible and even some catastrophic mistakes! Of course you’ve been an idiot! But can you take a moment to remember your childhood, to summon up what you went through, the background you came from. What chance did you have of being even partially sane? It’s amazing you’re able to stand up and say your own name. We don’t do perfect people around here. This is a clinic for the broken. Stop torturing yourself with an idea that you might ever have been perfect; be amazed you exist.

It’s never ever going to get better.

The truth is: you don’t know. No one knows the future. The strangest most awful things have happened very suddenly; and the strangest loveliest things could happen all of a sudden as well. Despair presumes you know the rest of the story. Keep going.

Disaster is on the way; a catastrophe is coming.

The inner critic loves to whip up terror; it keeps insisting that something appalling is about to arrive. You should beat this sadistic critic at their own game. Stop hoping that things are going to be fun and then allowing yourself to be scared about disaster. Pre-empt the attack. Yes, there may be problems, but in the end, so what. They can be dealt with. Life can go on even at a very reduced rate. People have been able to keep going with only one leg, or in exile, or down to one friend or a pittance. It can be handled.

No one loves you or could ever love you.

That one sounds especially tempting, particularly around three in the morning. But that can’t be the truth. You’ve suffered, and you’re honest and you can be kind. That’s enough for someone to stick with you. Most humans love winners but you don’t need ‘most’ humans. Concentrate on the small subset with very big hearts. Be honest with them about your pain; they’ll find their way to you.

Yes, possibly, but so are lots of people and when you love them, you start to see their soul and you love their character in them. You probably haven’t thought about what most of the people you deeply love look like in a long time.

Where will you be in five years?

At this point, who cares? Cut life up into far smaller increments. See if you can make it to the next meal and a nice bath, and that would be achievement enough. Reduce ambition as a precondition of survival. Count it as a triumph if nothing absolutely terrible happens in the next hour. Celebrate the peaceful next ten minutes.

At which point the inner critic might walk off in a fury at being resisted and for a few hours leave us alone. In the meantime, we should remember what it felt like to be five years old and looked after tenderly by someone who stroked our hair and had a kind nickname for us. Things have become harder for us since then, but what we deserve hasn’t changed: all of us are still small children, worthy of forgiveness and in need of a lot of slack. We’re muddling through, and trying to do our very best in the circumstances.

The School Of Life 原文传送门

By Assad Abderemane Will more people start walking with their therapists? Photo: eyecrave/Getty Images If you’ve ever…

Young Artist Creates Impressively Detailed Illustrations With a Typewriter By Spooky At only 23 years of age, James Cook…