Can you "turn off" a nightmare?

Is there a way to control or stop bad dreams?
By Grant Currin - Live Science Contributor 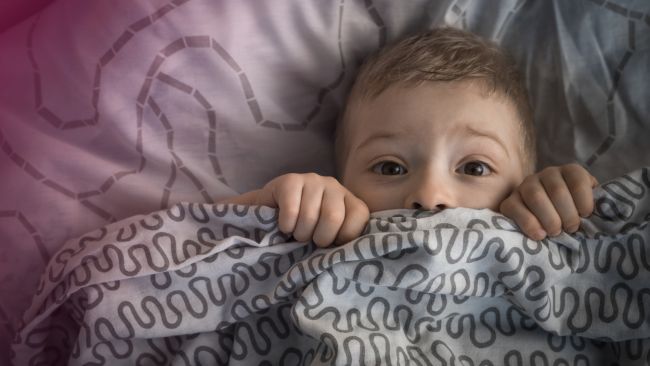 The sheets are damp with sweat. You're cold, but your heart is racing as if an assailant just chased you down a dark street. It was just a nightmare, you tell yourself; there's nothing to be afraid of. But you're still filled with dread.

Given how unsettling and haunting nightmares can be, is there a way for dreamers to avoid, or even turn off, these bad dreams as they happen?

Research is limited, but some studies suggest that people who can master lucid dreaming — that is, the ability to be aware that a nightmare is happening and possibly even control it without waking up — may hold the answer.

Nightmares are part of the human experience, especially for kids. Doctors typically don't consider occasional nightmares a problem, but there are options for people whose nightmares occur frequently and negatively affect their lives during the day. These can be symptoms of nightmare disorder, a sleep disorder that can stem from trauma, stress and certain drugs.

However, nightmares are complicated, and researchers are still struggling to understand them, said Dr. Rachel Salas, an expert on sleep disorders and an associate professor of neurology at Johns Hopkins Medicine in Baltimore. What we do know is that people tend to have different kinds of nightmares at different points during the sleep cycle.

Many dreams happen in the sleep phase called rapid eye movement (REM) sleep. This phase is the most likely to produce dreams in which we do things "we don't normally do," like flying, Salas told Live Science. Scans show that the brains of people in REM sleep look similar to the brains of people who are awake.

People typically start REM sleep about 90 minutes after falling asleep, and in some ways, a body entering REM sleep appears to be waking up; you start breathing faster and more irregularly, your heart rate increases and your blood pressure rises. It might sound like the body is getting ready to move, but humans have evolved a clever mechanism to protect dreamers from themselves.

"When we go into REM sleep, our muscle activity decreases," Salas said. "Otherwise, we'd act out our dreams."

It's possible to achieve lucid dreaming, but there haven't been enough trials to establish lucid dreaming therapy as an accepted medical practice. That said, research published in the past decade has kept alive the possibility that such therapy might help people who suffer from persistent nightmares, according to a 2019 review published in the journal Frontiers in Psychology.

If you're interested in trying lucid dreaming, you can try the following strategy, known as "wake back to bed," according to Dr. Sérgio Arthuro Mota-Rolim, a postdoctoral researcher at Federal University of Rio Grande do Norte in Natal, Brazil.

First, set an alarm 30 minutes before the time you normally wake up. But when the alarm goes off, don't get up. Instead, think about having a lucid dream as you fall back to sleep.

It's no guarantee, but doing this raises the odds that you'll have a lucid dream, Arthuro said. It's also a good idea to think or talk about it the day before, as dreams are very suggestible, he said.

If you can realize you're in a nightmare, the simplest way to stop it is to make yourself wake up, Arthuro said. But some evidence suggests that it's possible to stay in the nightmare but eliminate your fear by knowing you aren't in physical danger, according to Arthuro. Some study participants have even reported turning a nightmare into a more pleasant dream.

An obvious barrier to lucid dreaming is that lucid dreams aren't common. While most people have had a lucid dream at some point, the average person will have fewer than 10 in their lifetime, Arthuro said. One of the reasons so little research has been done on lucid dream therapy is that researchers are still exploring the most effective ways to induce lucid dreams. For instance, researchers reported in 2014 that using certain frequencies of electrical stimulation can increase the likelihood of a dreamer becoming aware that they're dreaming.

And although lucid dreaming is one way to address nightmares, there are other options.

If nightmares are "disrupting your sleep or if you've injured yourself [during a nightmare], you should seek medical help," Salas said. Your primary care physician is likely to refer you to a sleep specialist for further evaluation.