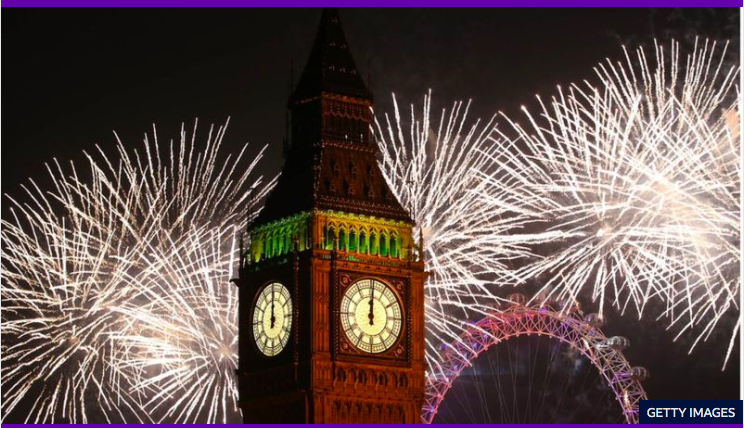 Huge crowds gather in London to bring in the New Year, as Big Ben chimes midnight, but how does everyone else celebrate?

The New Year is just around the corner.

The UK's skies are set to be lit, with fireworks, as soon as Big Ben chimes.

On the 31st of December many of you will be staying up until midnight and giving big hugs to your families.

But what will the rest of the world be doing when the clock strikes 12? 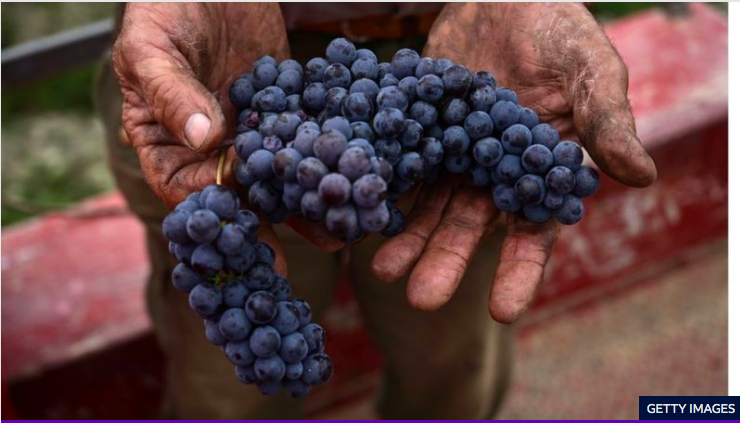 In some bigger Spanish cities people gather together and eat the grapes.

In Spain when the clock strikes 12, with every chime, people eat a grape.

You're supposed to eat a grape for every month of the year, so that makes 12 - 1 with every chime.

The grapes are supposed to bring you good luck for the year ahead and keep the evils of the world away! 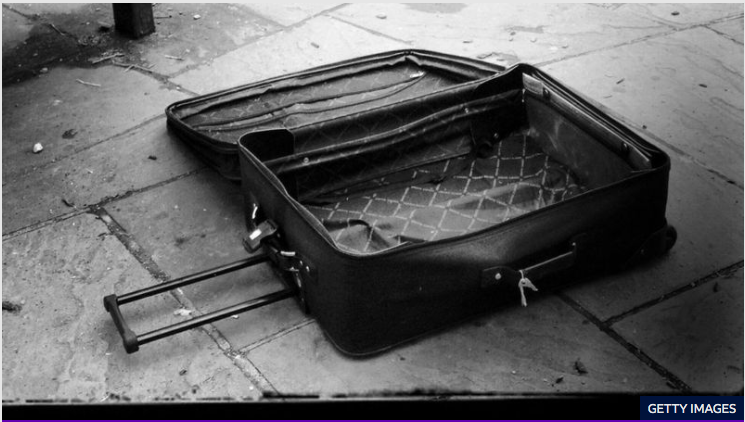 Does your family have a New Year tradition?

In Colombia... people take an empty suitcase for a walk round the block!

The people who do this hope that it will bring them a year of successful travels.

The people of Colombia also believe that the first step you take after midnight, should be with your right foot.

Literally to start the year on the right foot! 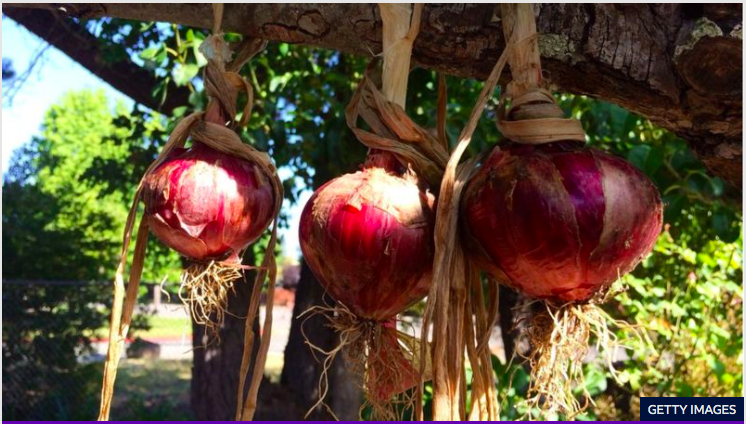 Onions to bring happiness and money!

On December 31 in Greece, people hang an onion on the door.

The onion represents new life, good wealth and is supposed to bring happiness.

On January 1, parents take the onion from the door and use it to wake their children up, by tapping them on the head with it! 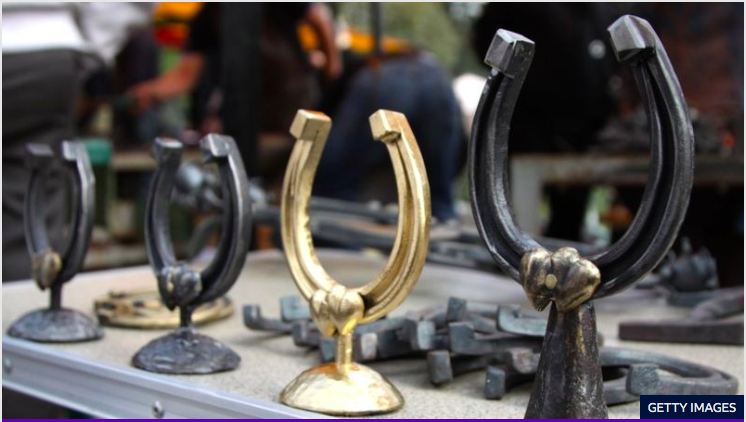 Once melted the horseshoe will reveal the future!

On New Year's Eve in Finland, lots of games are played.

One of the most popular games is 'casting of tin'.

Everyone is given a tiny horseshoe shaped from tin.

The horseshoe is then melted and the liquid poured into a bucket of cold water.

Whatever shape the melted tin makes in the water is what the new year has in store for you. 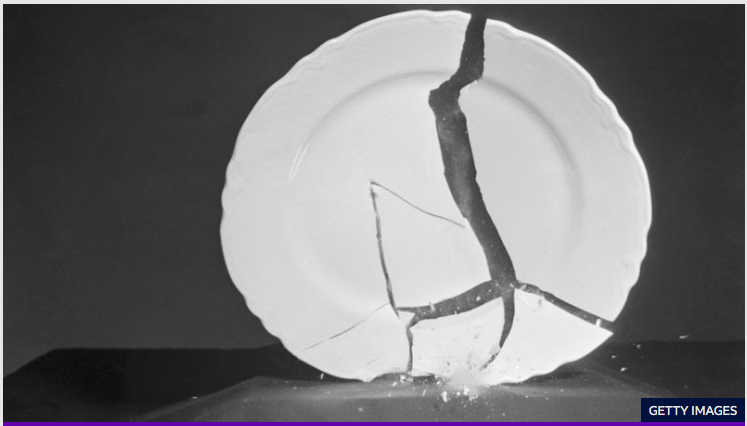 Denmark brings the New Year in with a right old crash!

The Danish people gather as many plates and dishes as they can for New Year's Eve.

Once they have as many as they can collect, they throw them at the front door!

The more broken plates you have outside your door, the more blessed you'll be in the new year - smashing eh? 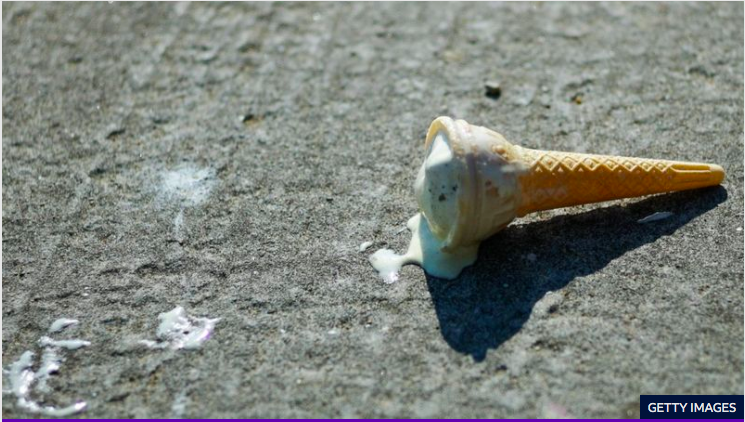 The scoop in Switzerland is to drop your ice cream on the ground for good luck!

Instead of dropping plates, in Switzerland people drop ice cream on the floor.

Dropping the ice cream is supposed to bring luck, peace and wealth for the new year... 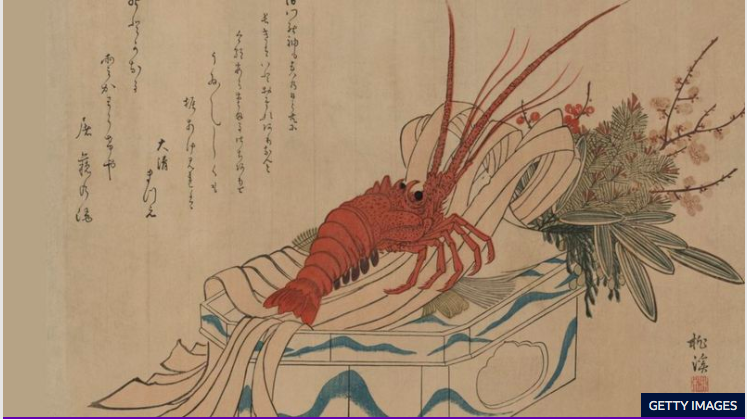 To welcome in the New Year, people in Japan decorate their houses with lobsters, pine twigs, and fern leaves.

The New Year is celebrated on January 4 but begins December 31 in the UK.

People also clean their houses and dress up as the animal zodiac sign for the year.

January 2020 brings the year of the rat.

The Rat according to the stories, is clever, quick thinking and successful!

Like the UK, a bell rings to start the New Year, however the bell in Japan rings 108 times!

As the bells chime they banish the bad from the year before.

How do you bring in the New Year, does your family do something different?

It's in the father's genes. A Newcastle University study involving thousands of families is helping prospective parents work out…