What songs make you work out harder? 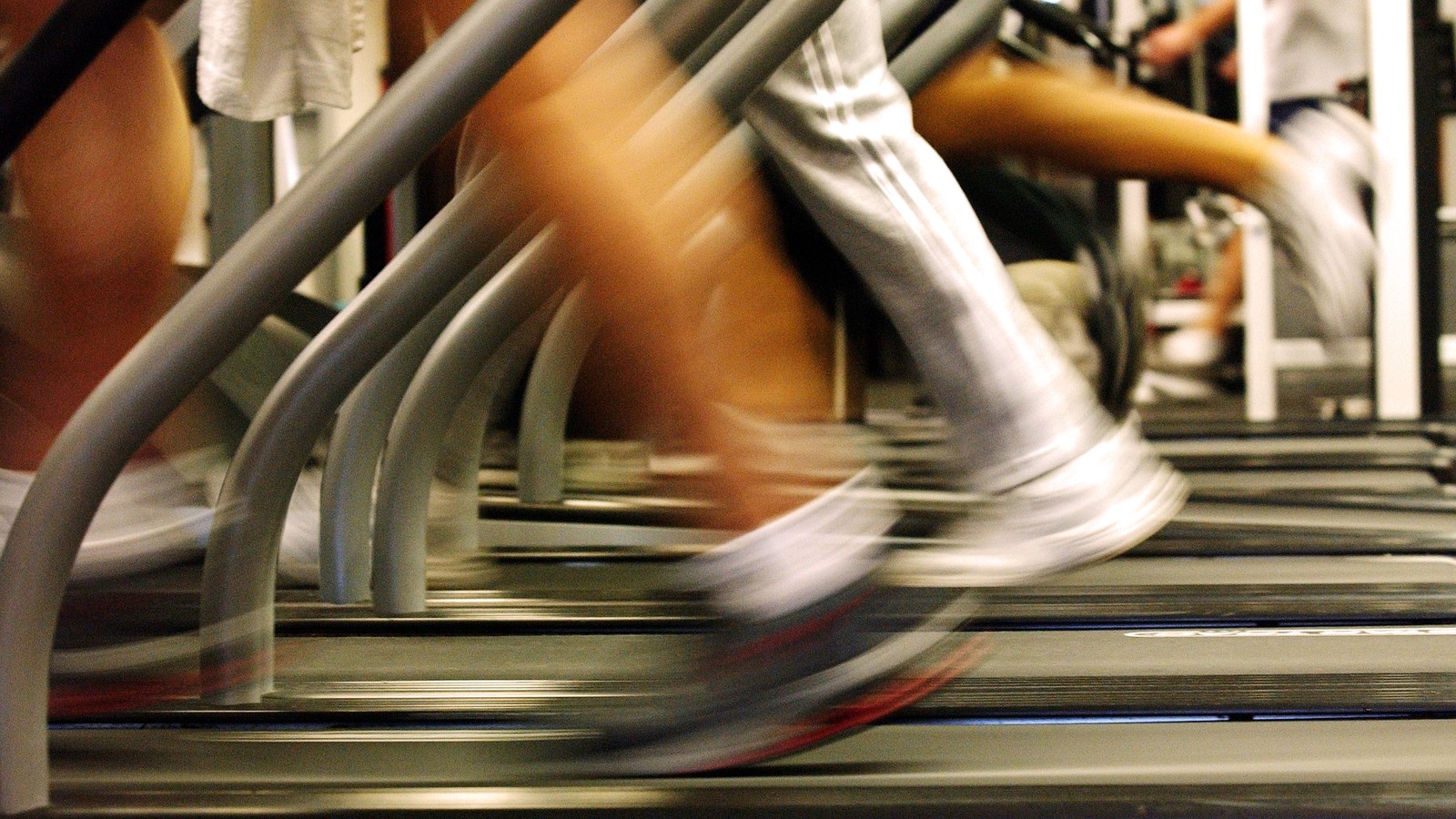 Before every match, Serena Williams reportedly listens to Flashdance…What a Feeling by Irene Cara, a song that helps her to gather her strength and prepare her mind before the trials ahead. For workouts, she’s a fan of Kelly Clarkson’s Stronger (What Doesn’t Kill You) and P!nk’s Just Give Me a Reason. Last year’s US Open champion Naomi Osaka, meanwhile, claims that Eminem and Nicki Minaj were crucial to her success.

You don’t need to be an elite athlete like Williams or Osaka to know that a good song can get you pumped up and motivated. Everybody has a song or playlist to help get them through a jog or workout. But can it ever do more than that? Can music boost your actual performance as well as your mood?

Psychologists and sports scientists have taken these questions very seriously – and their discoveries could help us all create the perfect power playlist for the summer. 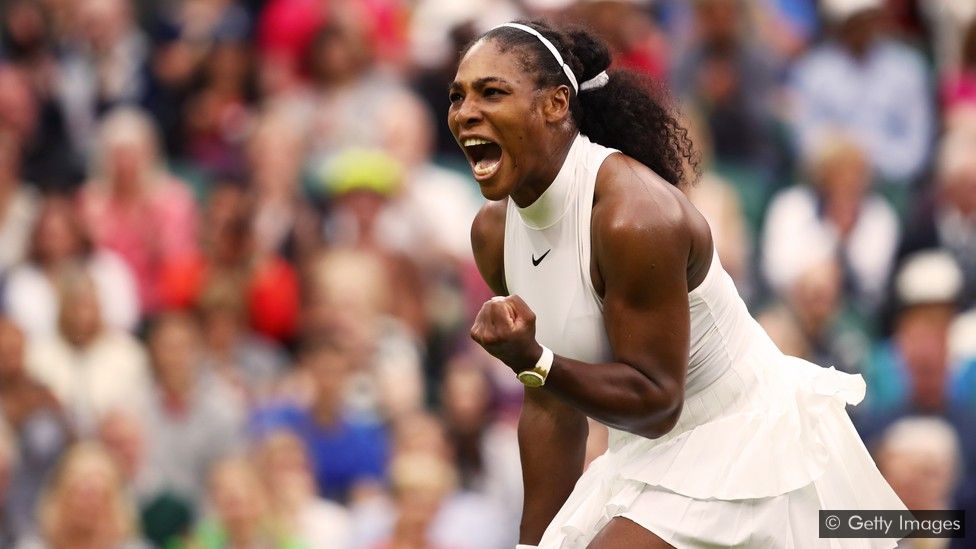 Rhythm is a dancer

Costas Karageorghis at Brunel University London has pioneered much of the research in this field. In his book Applying Music in Exercise and Sport, he identified many ways in which music can improve physical performance.

When listening to music, people tend to underestimate their exertion by about 10%

The most immediately obvious benefit is the intense emotional connection with certain songs. Listening to the Rocky movie soundtracks, for example, “can conjure positive imagery, a feeling that one can overcome adversity”. He compares it to Ivan Pavlov’s famous conditioning experiments – in which the mere sound of a bell, usually accompanying a meal, would have dogs salivating. Gonna fly now? The opening bars of Rocky’s theme song might just prime you to push yourself harder.

Then there’s “dissociation” – music helps to direct your attention outwards rather than inwards, and drowns out the feelings of fatigue in our bodies. This can have a particularly powerful effect with more moderate workouts. When listening to music, people tend to underestimate their exertion by about 10%, meaning the whole workout ends up feeling much less arduous than it would have without the music. This should increase your overall endurance, helping you to run faster for longer.

For the most intense workouts, music-induced dissociation may not be possible – the feelings of exertion are just too strong to ignore, no matter how great the music. But during those periods, the body may still benefit from “entrainment”, a process in which the body’s natural rhythms begin to mimic those of the music. 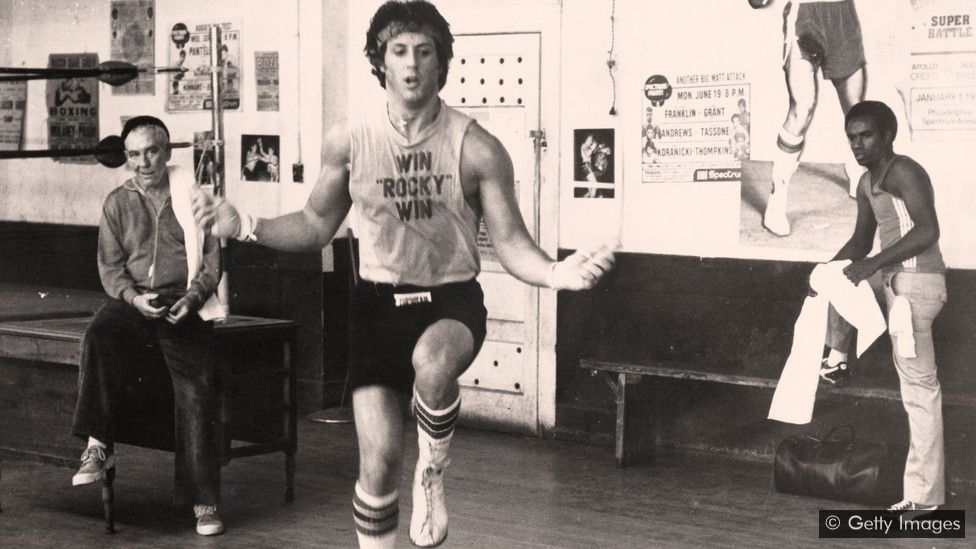 When we listen to a track with a fast tempo, our heart’s rhythm automatically increases by five to 15 beats per minute. It also triggers the release of adrenaline – typically involved fight or flight responses – that could prime the body for greater exertion. Combined with motivational lyrics, that physiological response could put you in the perfect physical and mental state to exercise harder. “It psyches you up and gets you going into that state of flow,” says Matthew Stork, a postdoctoral fellow at the University of British Columbia’s School of Health and Exercise Sciences in Canada.

Working with Karageorghis, Stork recently asked 24 relatively unfit participants to attempt “sprint interval training” – comprising short but intense bouts on an exercise bike. On one they were given the choice of three high-tempo motivational tracks – Let’s Go by Calvin Harris and Ne-Yo, Bleed It Out by Linkin Park, or Can’t Hold Us by Macklemore & Ryan Lewis, feat Ray Dalton. On others, they were asked to listen to podcasts, or to workout in silence.

When we listen to a track with a fast tempo, our heart’s rhythm automatically increases by five to 15 beats per minute

In line with the previous work, Stork and Karageorghis found that the participants’ hearts were beating at a higher rate with the fast music. Importantly, the tunes also increased their “peak power output” – suggesting that at certain points in the workout, they were also pushing their bodies harder – and increased their overall enjoyment of the exercise.

For more rhythmic exercises, there can be some additional benefits – and this is perhaps best illustrated by the story of the legendary Ethiopian long-distance runner, Haile Gebrselassie.

His secret, apparently, was the song Scatman (Ski-Ba-Bop-Ba-Dop-Bop) – the tempo of which, he claimed, set the perfect running pace. Love or hate the song, it worked: he won two Olympic gold medals and broke numerous world records.

Karageorghis’s experiments have shown that exercising in sync to a musical rhythm helps us produce more efficient movements, with less energy. The idea is that a network of your brain acts as a central “pacemaker” that sets the pace of the nerve signalling to your muscles. Listening to rhythmic music appears to boost the pacemaker’s activity, leading to greater muscular coordination across the body, so we move further using less energy. “If you are trying to align your cadence with a certain tempo, music can be quite helpful,” says Stork.

Even more powerfully, moving in sync to music can increase the release of endorphins, which should increase your pain threshold. This may be particularly pronounced in a class where you are exercising with others, and together reach a kind of communal euphoria.

This heady combination of physiological and psychological changes appears to result in a dramatic boost in endurance – akin to a performance-enhancing drug. In 2012, Peter Terry at the University of Southern Queensland, Australia, put 11 elite triathletes on the treadmill as they listened to various tracks. He found that their endurance – as measured by the time it took for them to reach exhaustion – increased by nearly 20% when running in sync with the rhythms of the track, compared with trials when they exercised in silence.

We can only conclude so much from such a small group of people – and they were hardly your typical gym-goer. But other experiments have found similarly impressive improvements among more varied groups of participants. 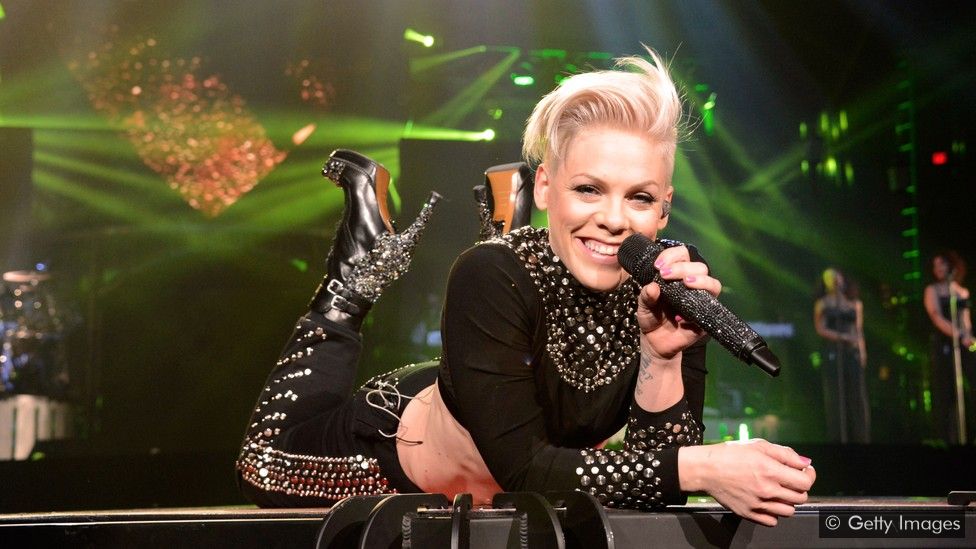 With all these findings in mind, Karageorghis has some recommendations for the perfect gym playlist.

For weight training, he suggests looking for songs with a tempo of 110-145bpm (such as Queen’s Another One Bites the Dust). If you are using heavier weights for slow repetitions (which increases tension and helps build muscle) you should synchronise your movements to every couple of bars.

If you prefer the bike, aim for one cycle every two beats of songs from 90 to 168bpm for a relatively moderate pace. For faster pace, aim to cycle with each beat of a song between 80 and 120bpm.

More generally, Karageorghis thinks that we should design our soundtracks to deal with the ups and downs of the workout. If you struggle to get started, for instance, he advises that you “include tracks that embody who you are and make you feel strong and empowered.”

Ultimately, he hopes that a better recognition of these findings encourage more people to leave the couch and hit the treadmill. “Adherence to exercise has been a huge challenge for Western governments and health services over the last 20 years,” he says. “Music might have a central role to play in getting the masses to be more physically active.”

“Cancel Yale” Is Silly—Or Is It? By Nathan J. Robinson Conservatives haven’t exposed activists as inconsistent. But…