Seoul Mayor Is Found Dead After Harassment Complaint Is Filed 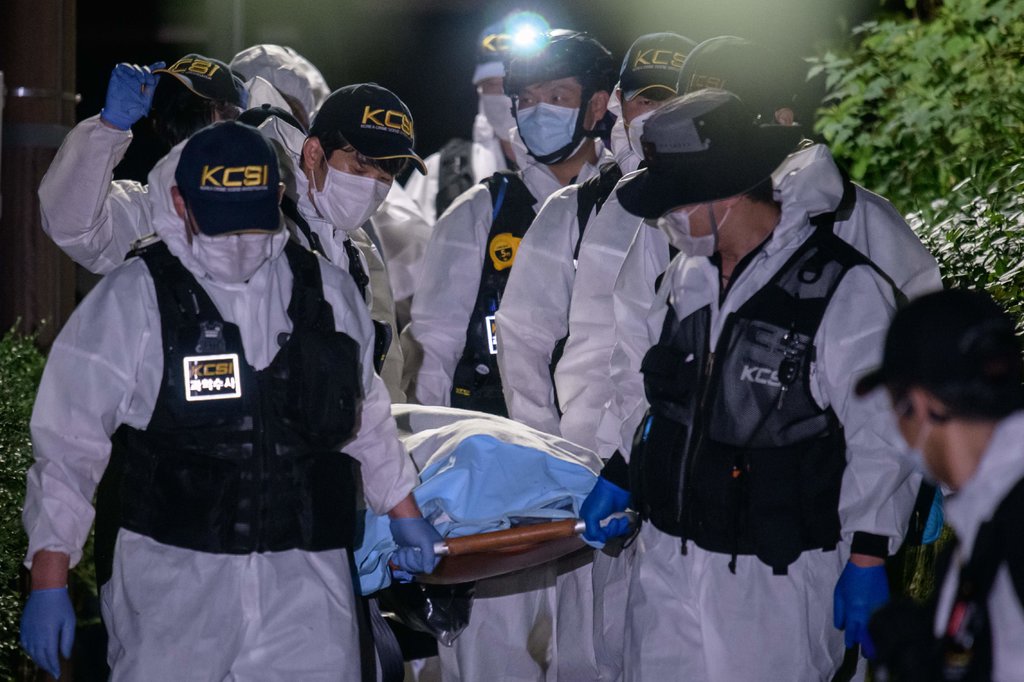 Mayor Park Won-soon, who vanished after leaving a cryptic message for his daughter, had faced a newly filed complaint from his secretary.

SEOUL, South Korea — The mayor of Seoul, the country’s second-most powerful official and a potential presidential candidate, was found dead just days after a secretary in his office told the police that he had sexually harassed her since 2017, the authorities said on Friday.

A Seoul police officer confirmed early Friday that the body of the mayor, Park Won-soon, had been discovered on a hill in northern Seoul, several hours after his daughter had reported him missing.

Word of the mayor’s death and its possible links to sexual misconduct sent shock waves across the country, not only because Mr. Park was a political star but also because he had long been seen as a champion of women’s rights. His positions stood out in a country where men dominate society’s upper echelons, enforcing a strictly hierarchical code that analysts say makes women vulnerable to abuse and forces its victims to stay silent.

Mr. Park, 64, had canceled his official schedule and called in sick to City Hall on Thursday, the day after the secretary had filed her complaint. His daughter told the police that he had left home after leaving a cryptic, “will-like message,” according to Yonhap, the national news agency, which cited an anonymous police source. That detail immediately fueled speculation that Mr. Park could have taken his own life.

The discovery of Mr. Park’s body came after nearly 600 police officers and emergency medical workers, aided by police dogs, searched the hills in northern Seoul, where his cellphone signal had last been detected.

Mr. Park left his home in a taxi on Thursday morning and got out at a park several minutes later, said Choi Ik-su, a senior detective at the Seoul Metropolitan Police Agency, citing closed-circuit footage. Mr. Park’s body was found in a wooded hill behind the park with the help of a police dog, Mr. Choi said.

The police found no suicide note at the scene, he said, but there was also no sign that Mr. Park had been killed by someone else.

Hundreds of Mr. Park’s supporters — some tearfully shouting “We love you, Park Won-soon!” — gathered on Friday in front of Seoul National University Hospital, where his body had been taken for an autopsy.

Mr. Park, who was serving his third term as mayor of Seoul, a city of 10 million, had often been cited as a possible successor to President Moon Jae-in, whose single five-year term is set to expire in 2022. Mr. Park’s mayoral term had been scheduled to end in 2022.

Before becoming mayor, Mr. Park was a prominent human rights attorney who founded the country’s most influential civil rights group. As a lawyer, he won several major cases, including South Korea’s first sexual harassment case. He also campaigned for the rights of so-called comfort women, Korean sex slaves who were lured or forced to work in brothels for the Japanese Army during World War II. 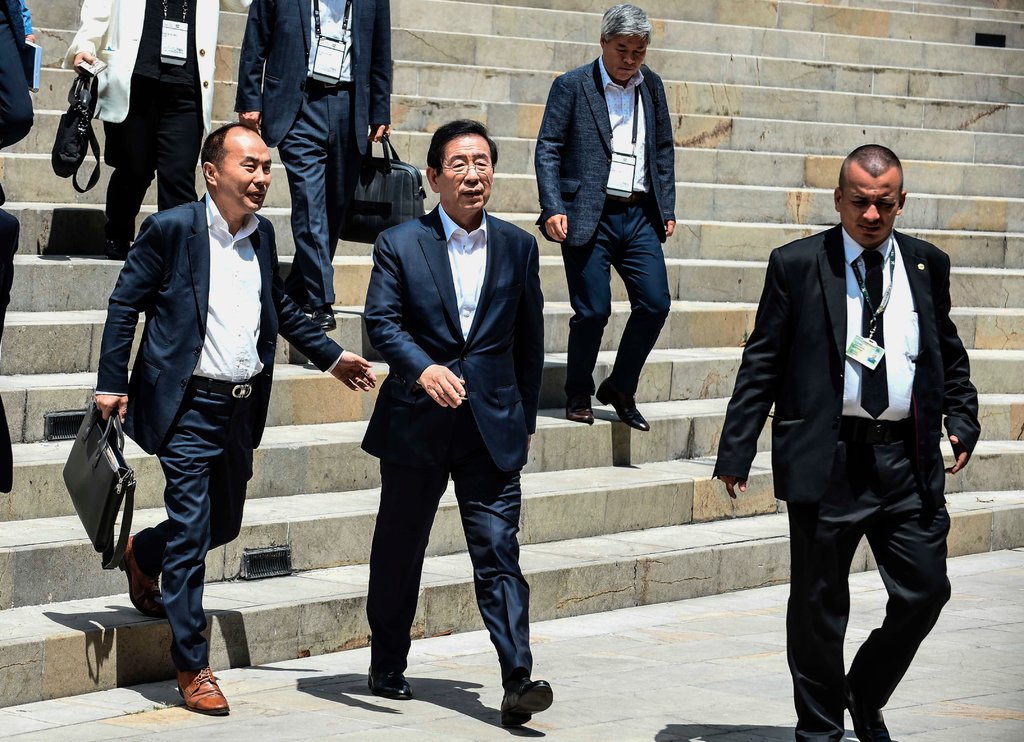 During the military dictatorship of the 1980s, Mr. Park helped win the conviction of a police officer who molested a female student activist during an interrogation. In the 1990s, he helped win damages for a teaching assistant at Seoul National University who accused her professor of refusing to rehire her after she protested unwanted sexual advances. It was the first sexual harassment case in South Korean history.

In recent years, the #MeToo movement has rippled across South Korea, leading to a series of high-profile cases. Women have come forward with accusations of sexual abuse against an array of prominent men, including theater directors, politicians, professors, religious leaders and a former coach for the national speedskating team. Many of the accused have apologized and resigned from their positions. Several have faced criminal charges.

In April, Oh Keo-don, mayor of Busan, South Korea’s second-largest city, admitted to sexual misconduct and resigned after a public servant accused him of sexually assaulting her in his office.

In 2018, Ahn Hee-jung, a rising star in President Moon’s governing Democratic Party and a presidential hopeful, stepped down as governor of South Chungcheong Province after his secretary went on television to accuse him of repeatedly sexually assaulting her. He was sentenced to three and a half years in prison on rape charges.

President Moon has supported the #MeToo movement, but accusations against prominent allies have been particularly disturbing for his governing liberal camp.

Mr. Park, Mr. Ahn and Mr. Oh were all considered prominent members of the president’s Democratic Party. Mr. Park and Mr. Ahn had built successful careers as activists who fought for democracy and human rights under the country’s past military dictatorship. 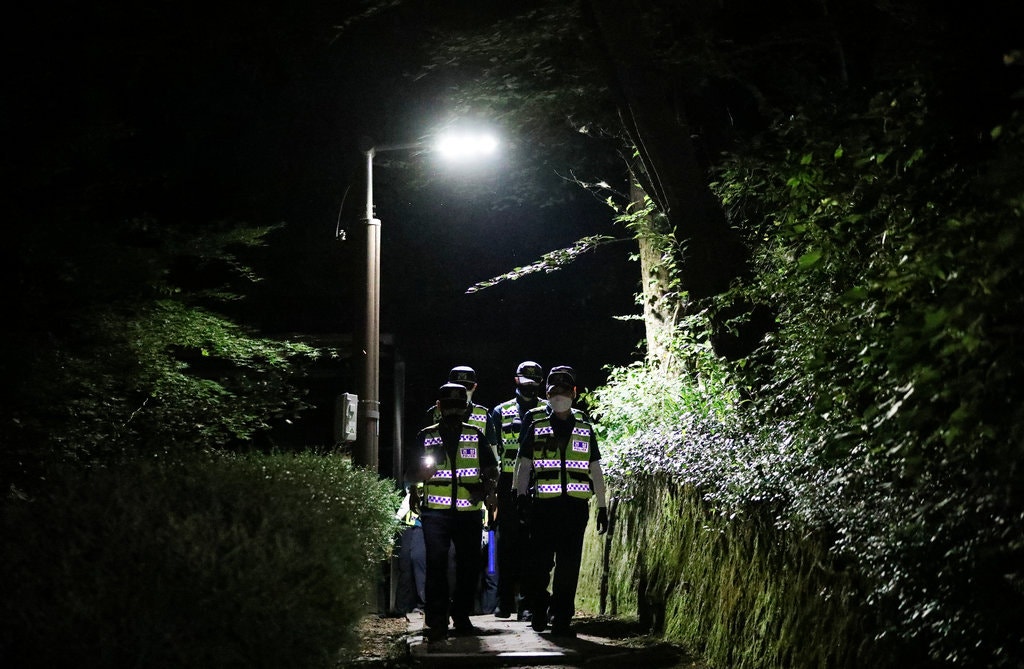 Politicians with backgrounds like theirs have long been treated by South Koreans as holding a higher moral ground than their conservative counterparts, many of whom were connected to the dictatorship.

Mr. Park helped found the People’s Solidarity for Participatory Democracy, one of South Korea’s most powerful civic groups, which campaigned against corrupt ties between politics and big businesses in a country that has been plagued by scandal.

He had a reputation for being a tireless critic of inequality and a vocal antagonist of former President Park Geun-hye, supporting huge rallies against her in central Seoul that ultimately led to her impeachment and ouster on corruption charges in 2017.

He had also been one of the most aggressive leaders in South Korea in fighting the coronavirus pandemic, taking a series of steps aimed at containing its spread, like shutting down nightclubs. Seoul has reported only 1,390 cases.

South Korea has the highest suicide rate among the member countries of the Organization for Economic Cooperation and Development. It has been rare for politicians in South Korea to take their own lives out of public shame.

The surprising downsides of being drop dead gorgeous By David Robson Good looks can get you far in life,…

How to Control Your Dreams By Serena Alagappan Ever wish you could ice skate across a winter sky, catching…