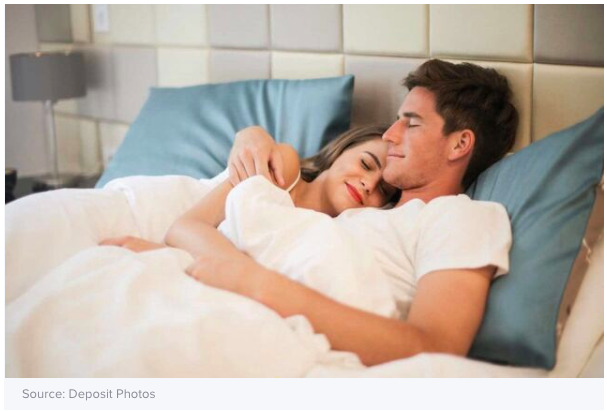 We often talk about how important sleep is when it comes to repairing our bodies, and rightfully so. Without quality rest, our bodies — and perhaps most importantly right now, our immune systems — begin to break down.

At the same time, sleep is a big deal for our brains.

When we turn out the lights each night, that’s when our brains start moving from non-REM sleep to REM, or rapid eye movement, sleep, which we most commonly associate with dreaming. Along the way, our brain is working its way through its own personal version of spring cleaning: It dumps the neural trash bin, moves memories from short-term to long-term storage, and helps our brains better process emotional situations.

You’ve also probably recognized firsthand how critical sleep is when it comes to focusing at work or school, with researchers finding our brains can retain 40% less information when we’re sleep-deprived.

For several years, researchers have known non-REM sleep plays a key role in clearing the brain of toxins that build up during the day. But a recent study from Boston University helped us better understand how this process occurs.

What the researchers found was that during non-REM sleep, slow waves of cerebrospinal fluid, a clear, watery liquid, would essentially wash over the brain. This process occurred when neurons started to sync up during non-REM sleep, turning off and on in unison; when the neurons weren’t firing, they didn’t need as much oxygen as usual, meaning less blood would enter into the brain.

That’s when cerebrospinal fluid would come rushing in and clear out metabolic buildup, like beta-amyloid. Other proteins and molecules that accumulate during the day would also be cleared out; this includes tau, a protein associated with Alzheimer’s disease that stands in the way of neurons connecting properly.

Why is sleep so important here? For one thing, this is a process that can’t happen while you’re awake. As the researchers said, neurons don’t sync while we’re awake and turn off at the same time. This blocks any significant wave of cerebrospinal fluid from entering the brain and removing the toxic proteins that are clogging the brain.

Without sufficient non-REM sleep, those proteins aren’t removed and remain in the way of the brain functioning efficiently. That’s why your brain isn’t as sharp after a rough night of sleep — the brain hasn’t dumped the trash, so to speak, which ends up making it tougher for your mind to quickly fire away. Sleep helps remove the daily clutter and gives you a clean start the following day.

It might feel like it sometimes, but your brain doesn’t just shut off while you’re resting. Instead, your brain essentially acts as a “replay center,” reviewing new memories and filing them away for future reference.

As MIT researchers have pointed out, replaying new memories is a critical component of sleep; without sufficient rest, the brain doesn’t have enough time to review what it just experienced — in essence, rewatching these new memories over and over again like they’re YouTube clips — and store them properly.

About a decade ago, the MIT researchers drilled down on this point by measuring the brain activity of mice going through a maze; later, those mice were monitored while sleeping. The researchers found that while sleeping, their brains were activated in the same way they had been while processing the maze — indicating they were replaying their new memory.

This process coincided with neural information stored in the hippocampus to travel via the trisynaptic pathway to a more permanent storage space in the neocortex. The result: It’s much easier for your brain to take a memory that’s a few hours old and remember it weeks or months later with sufficient sleep.

Sleep also comes in handy when it comes to dealing with stress and emotional issues. One study found insufficient REM sleep stands in the way of the amygdalae, small nuclei clusters located inside the brain, from functioning properly. That’s a problem since amygdalae are associated with not only memory consolidation but also the storage and processing of memories tied to emotion, including anxiety, sadness, embarrassment, and fear.

Our brains tend to work through these emotions during REM sleep, the final stage of sleep when our blood pressure and heart rate spike.

Poor sleep, however, has been shown to stunt the brain’s ability to properly deal with emotional situations. The aforementioned study, for example, found that people who had their REM sleep disrupted were still irritated by the emotional events they experienced the previous day. Those who had ample REM sleep, on the other hand, were better able to put their issues in perspective; when they woke up, the problem that bothered them a day earlier now carried “lesser emotional significance.”

You’ve probably heard a friend, at one time or another, recommend “sleeping off” a problem, whether it’s a bad breakup or a problem at the office. Well, the research backs up that suggestion. For our brains, sleep is like going to the therapist's office — it allows us to grapple with, and come to terms with, emotional problems.

It doesn’t take long for poor sleep to impair our ability to process emotions, either. A recent study from UC Berkeley found that one sleepless night alone can lead to a 30% surge in anxiety levels.

By this point, the mountain of research on the topic is clear: sleep is vital for your brain to function at its best. Your goal, now, should be to get the best sleep possible so that you reap those benefits.

One way you can do that is by keeping your bed temperature in check. With it starting to heat up, you want your bed to be a cool, comforting sanctuary. A cool bed helps speed up the process of falling asleep — allowing you to get those benefits that come with slow-wave and REM sleep.

By Clare Thorp Audiobooks are having a moment. As they soar in popularity, they are becoming increasingly creative – is…

By Sheri Stritof With the divorce rate as high as it is, you want to give your union the…