WATER vapour has been detected on a potentially habitable super-Earth in a world-first discovery.

The planet is called K2-18b and it's now the only known celestial body orbiting a star outside of our Solar System to have both water and temperatures that could support life. 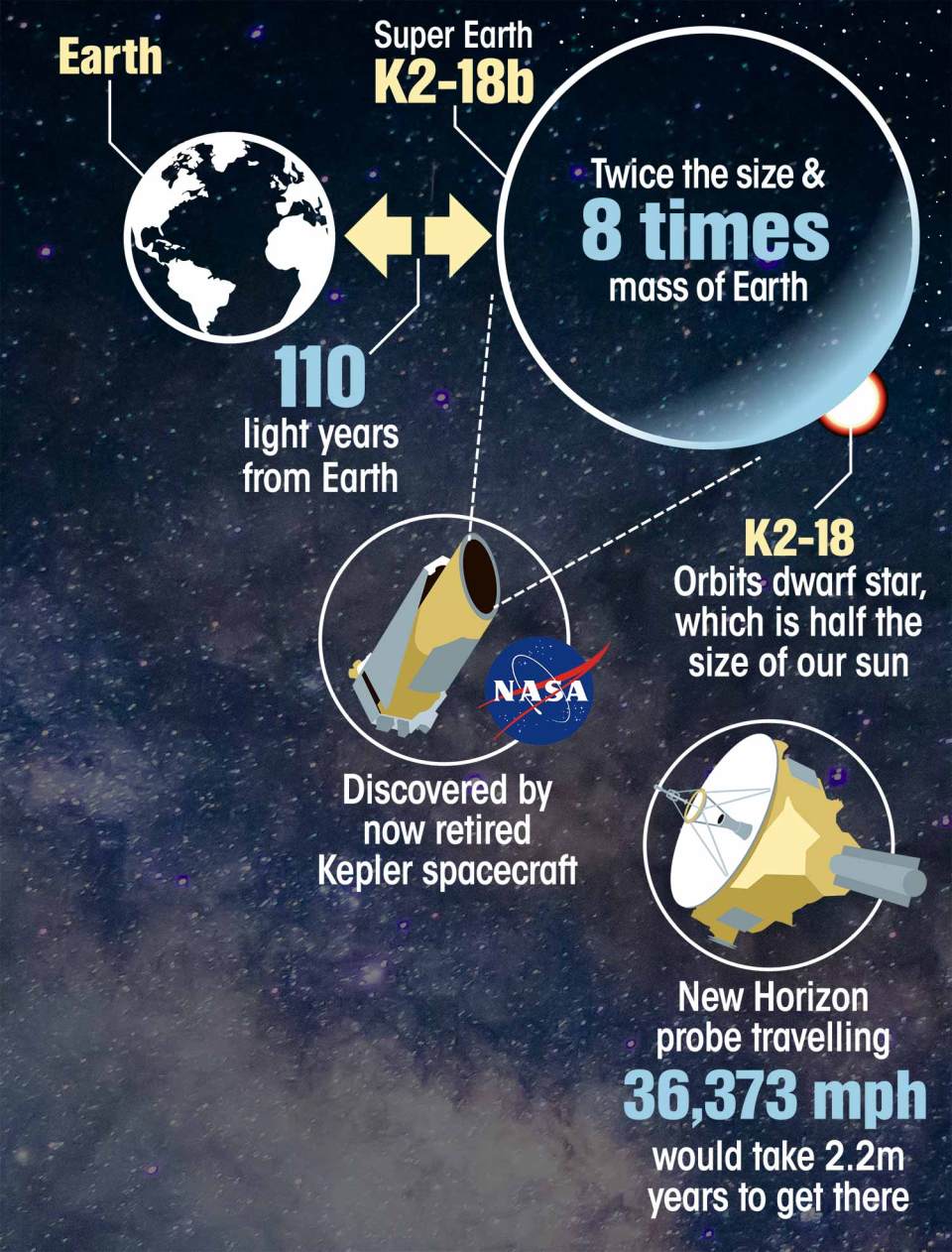 Researchers from University College London analysed data from the Hubble Space Telescope and found K2-18b has water vapour in its atmosphere.

This is the first successful atmospheric detection of water on an exoplanet orbiting in its star’s ‘habitable zone'.

The groundbreaking discovery has been published today in Nature Astronomy. 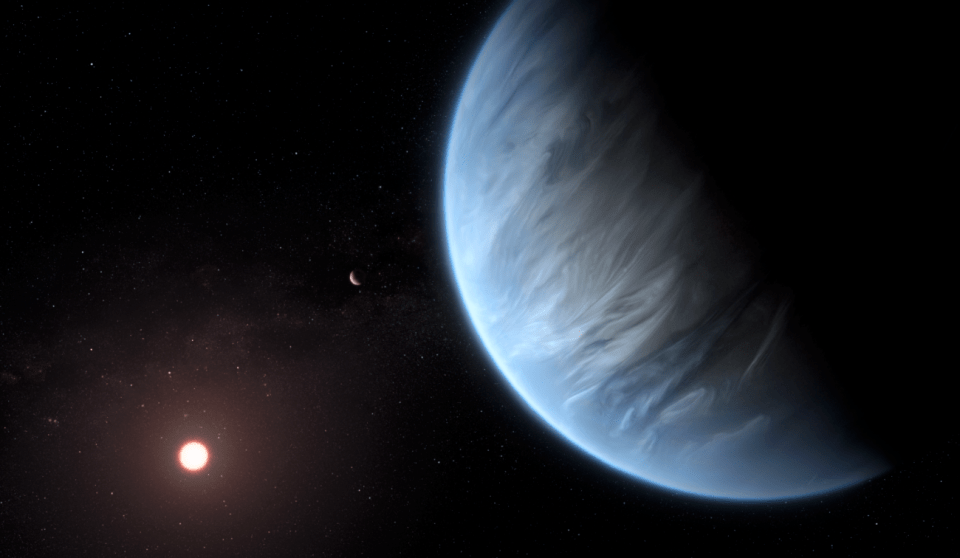 An artist's impression of the planet. 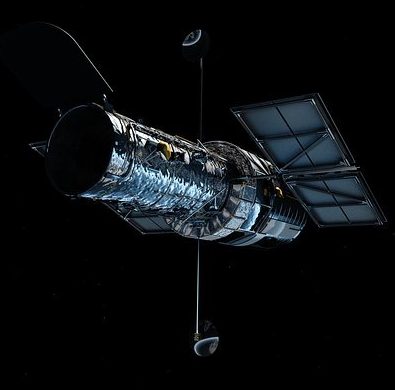 The discovery was made using data collected by the Hubble telescope.

He added: "K2-18b is not ‘Earth 2.0’ as it is significantly heavier and has a different atmospheric composition.

"However, it brings us closer to answering the fundamental question: Is the Earth unique?”

Dr Tsiaras and the rest of the UCL team developed an algorithm to analyse data that had already been taken from K2-18b's atmosphere.

The results revealed the molecular signature of water vapour as well as highlighting the presence of hydrogen and helium in the planet’s atmosphere.

The researchers think that can indicate life including methane and nitrogen may be present.

However, more tests are needed to prove this. 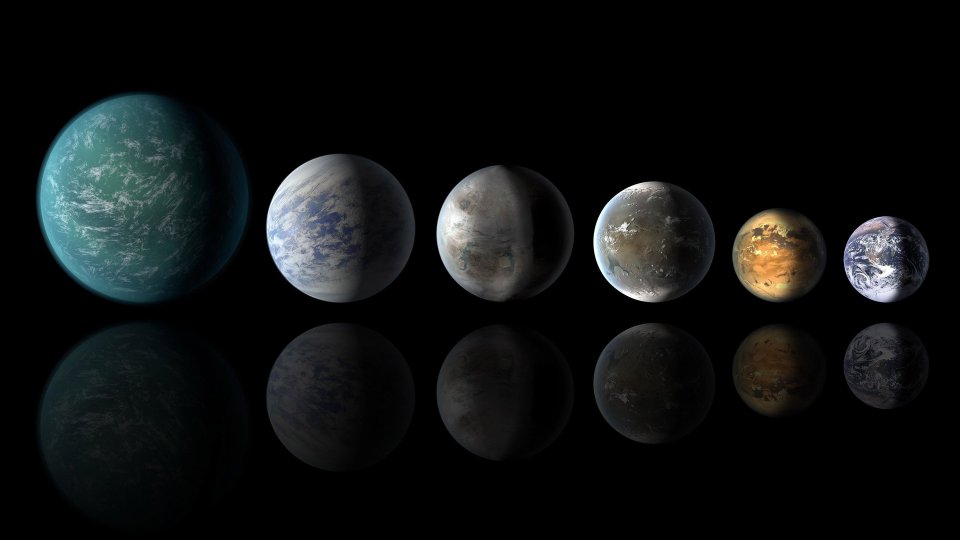 This is an artistic interpretation of some of the watery exoplanets outside of the Solar System in comparison to Earth, located at the very end.

The researchers also want to estimate cloud coverage and the amount of atmospheric water on the planet.

K2-18b orbits a cool dwarf star and is about 110 light years away from Earth in the Leo constellation.

However, its red dwarf star is quite active which means it could be exposing the planet to lots of radiation, which would make K2-18b a much more hostile place than Earth.

The super-Earth is eight times the mass of Earth and was actually discovered back in 2015.

It was one of hundreds of super-Earth that were detected by Nasa's now-retired Kepler space telescope.

To qualify as a super-Earth, a planet needs to have a mass that is between those of Earth and Neptune.

Co-author Dr Ingo Waldmann said: “With so many new super-Earths expected to be found over the next couple of decades, it is likely that this is the first discovery of many potentially habitable planets.

The next generation of space telescopes, including the European Space Agency’s ARIEL mission, will be able to observe atmospheres in more detail.

ARIEL is expected to launch in 2028, and aims to observe 1,000 planets in detail so it could help us gain a more accurate picture of what planet K2-18b is like.

Professor Giovanna Tinetti , co-author and Principal Investigator for ARIEL, said: “Our discovery makes K2-18b one of the most interesting targets for future study.

"Over 4,000 exoplanets have been detected but we don’t know much about their composition and nature.

"By observing a large sample of planets, we hope to reveal secrets about their chemistry, formation and evolution.”

Dr Tsiaras added: “This study contributes to our understanding of habitable worlds beyond our solar system and marks a new era in exoplanet research, crucial to ultimately place the Earth, our only home, into the greater picture of the cosmos."