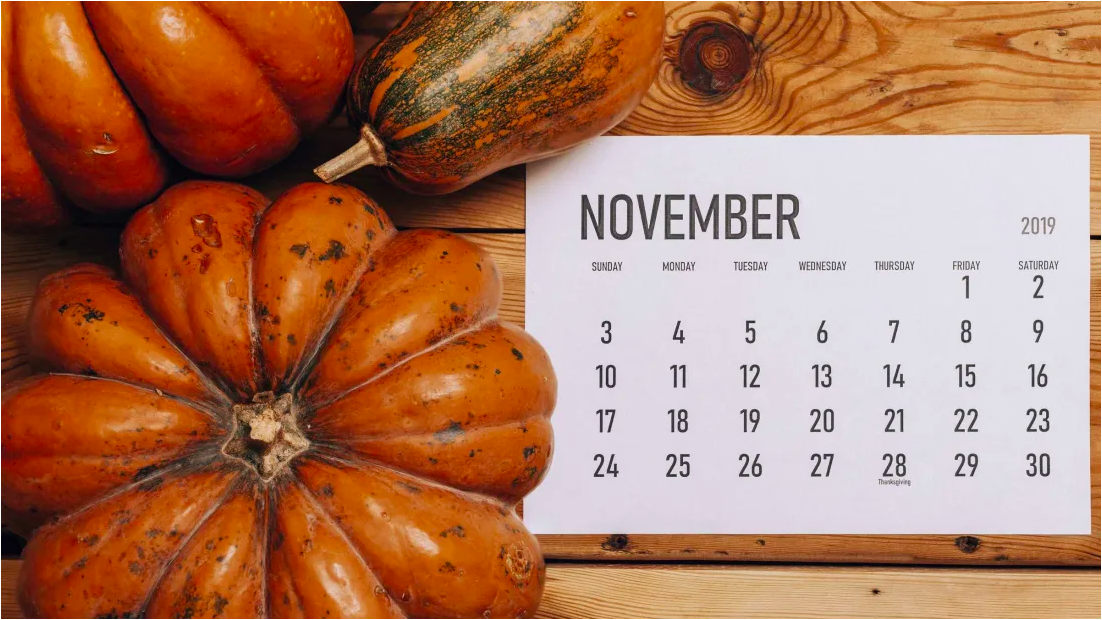 Almost 170 years after the pilgrims and the Wampanoag tribe feasted together for the first unofficial Thanksgiving in 1621, the U.S. federal government decided to make it official. So on October 3, 1789, President George Washington declared that the nation would celebrate a “Day of Publick Thanksgivin” on November 26 that year.

While November 26, 1789, happened to fall on a Thursday, subsequent proclamations didn’t standardize that practice—according to the National Archives, other presidents chose different days and even months for the food-filled harvest holiday. Then, in 1863, President Abraham Lincoln issued a proclamation stating that Thanksgiving would be celebrated every year on the last Thursday in November.

Although we don’t know exactly why Washington originally chose Thursday, there are a couple theories. The Old Farmer’s Almanac suggests that Thursday became the tradition early on because it was just far enough from the weekend that it wouldn’t overlap with the Sabbath, which many colonists observed at the time. It was also common for New England ministers to give religious lectures on Thursday afternoons, so it’s possible that the reflective, prayerful nature of Thanksgiving tied in nicely with the regularly scheduled pious programming.

Either way, the nation gave thanks around the table every last Thursday of November until 1939, when Thanksgiving fell on the very last day of November. Still recovering from the Great Depression, President Franklin D. Roosevelt, encouraged by retailers, decided it would benefit the economy if Thanksgiving was celebrated a week earlier, thus lengthening the holiday shopping season.

In a presidential proclamation, he shifted it to the second-to-last Thursday of November, but only 32 states agreed with him—so from 1939 to 1941, America had two Thanksgivings, depending on where you were in the country.

In 1941, Congress put an end to the chaos with a joint resolution declaring that the entire nation would celebrate Thanksgiving on just one day. Though the House of Representatives chose the last Thursday in the original document, they ultimately conceded when the Senate submitted an amendment choosing the fourth Thursday instead (thus accounting for the years when November has five weeks). President Roosevelt signed it on December 26, 1941, much to the delight of retailers everywhere.

By Naveed Saleh M.D., M.S. Eating alone can be a circumstance or a choice. It’s Thanksgiving…