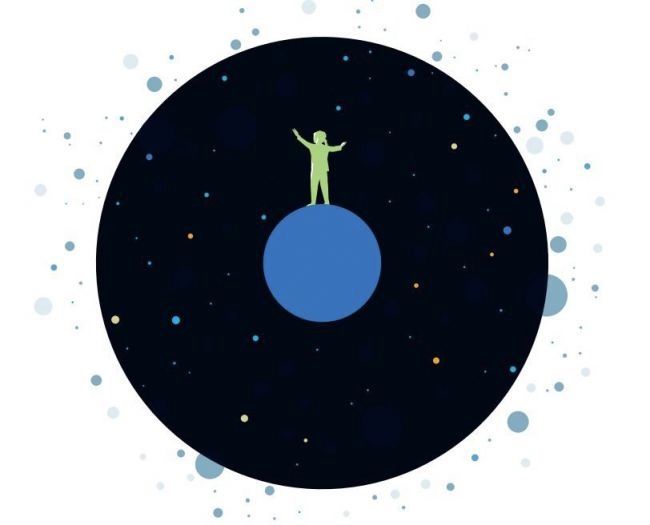 An artist's illustration of the cosmology and exoplanet research honored by the 2019 Nobel Prize in physics, directed toward understanding our place in the universe.(Image: © Johan Jarnestad/The Royal Swedish Academy of Sciences)

The Nobel Prize in physics this year has gone to two very different research threads — and danced around some big societal issues, even as it celebrates distinguished work.

The award was split to honor both cosmology research exploring dark matter and the discovery of planets orbiting other stars. But the Nobel Prize is awarded to individual researchers, and that's where things seem to have gotten a little sticky this year. (The Nobel Prize has been political in plenty of other years as well, and it's hardly surprising that politics has again entered the arena in 2019.) On both sides of the honor, people have raised concerns about who was and was not recognized, and what that says about modern science.

"When we ask these kinds of questions, it's not that these people didn't deserve it, but who else aren't we talking about that might have deserved it," Kalpana Shankar, a professor of information and communication studies at University College Dublin in Ireland, told Space.com. "Often, people who should get credit for it haven't, and Nobels and other major prizes are not immune to the politics of that."

This year's Nobel Prize in physics is a little strange from first glance, in that it recognizes two quite different research topics. The Royal Swedish Academy of Sciences, which awards the Nobel, joined the two research threads of cosmology and exoplanets by honoring what it described as "contributions to our understanding of the evolution of the universe and Earth's place in the cosmos."

It's poetic, but it's perhaps not what you would expect from the Academy.

And Nobel Prizes go to individual, living scientists, not research topics. So this year, the award was presented with one-half of the purse going to James Peebles, a cosmologist at Princeton University who has studied dark matter; and the other half being split between Michel Mayor and Didier Queloz, two astronomers based at the University of Geneva and the University of Cambridge in the U.K. who discovered the first exoplanet orbiting a sun-like star.

Let's take the first half first. Peebles began his research on theoretical physical cosmology in the mid-1960s, searching for clues to what shaped the universe right after the Big Bang. He found those clues in the cosmic microwave background (often nicknamed the baby picture of the universe), which shows small spatial differences in temperature.

The Academy puts together a scientific background paper exploring the members' reasoning for the award. In this year's document, the committee wrote that a 1965 paper Peebles wrote positing that dark matter is necessary for galaxy formation marked "the moment when cosmology embarks on its way to become a science of precision and a tool to discover new physics."

Scientists who have been exploring the concepts typically called dark matter and dark energy — two mysterious phenomena that make up the vast majority of the universe — have been on bettors' lists for the Nobel in physics for years.

But the name most frequently suggested was that of Vera Rubin, an astronomer who died in 2016 and whose work is referenced once in the scientific background paper's exploration of Peebles' work.

For years prior to her death, Nobel pundits chalked up the omission to the committee's tendency to favor experimental research over theoretical work, but this year, theory seems to have triumphed, and that contrast is striking.

"While I hope to have a long distinguished career like Jim Peebles has had, it's a shame that the Nobel Prize committee brazenly refused to give Vera Rubin the prize for finding the first concrete evidence of dark matter, and now she's dead and ineligible to receive it forever," Chanda Prescod-Weinstein, an astrophysicist and women's studies professor at the University of New Hampshire, wrote in an email to Space.com.

"Meanwhile, the men who led the team that discovered cosmic acceleration, often referred to as "dark energy," won it years ago, while she was still alive," Prescod-Weinstein continued. "The bar for women to receive the prize in cosmology and particle physics seems almost infinitely higher than it is for men."

Grumbles about the award and Rubin's snub apparently grew loud enough for Thomas Zurbuchen, the associate administrator of NASA's Science Mission Directorate, to weigh in on Twitter. "I too wish that this would have come earlier so that Dr. Rubin could have been included," he wrote today. "Her work has fundamentally changed how we think of the universe."

Only three women have ever won the Nobel Prize in physics, and each has shared the honor with two male colleagues: Marie Curie in 1903 for work on radiation, Maria Goeppert-Mayer in 1963 for work on nuclear structures and Donna Strickland last year for work on optical lasers. Scientists of color are even more overwhelmingly absent among laureates.

The winners reflect the history of how systems of power in science traditionally benefit white men, whether purposefully or accidentally. "We don't know the politics behind why people are chosen, we just know that over and over, women [and] people of color get written out of the story," Shankar said. 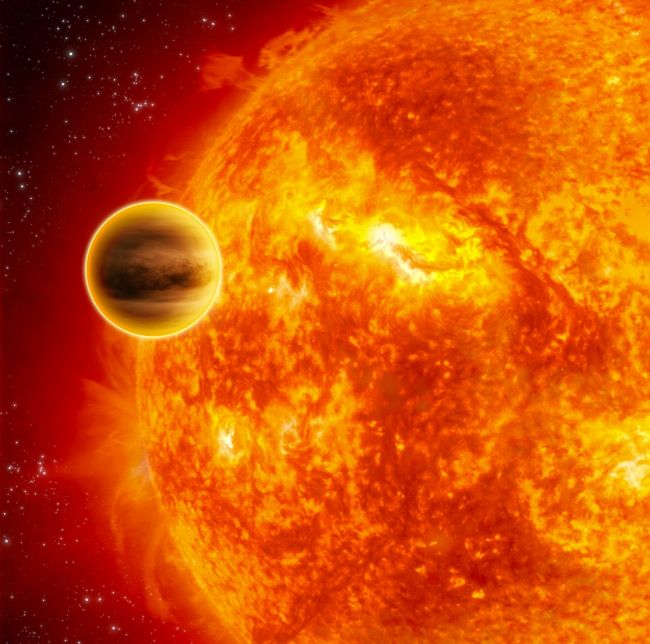 An artist's depiction of the planet 51 Pegasi b orbiting its star.
(Image credit: NASA/JPL-Caltech)

Sometimes, they are literally written out of the story, and the second half of this year's Nobel recognition serves indirectly as an eerie reminder of that reality.

Mayor and Queloz were honored for discovering a planet dubbed 51 Pegasi b, which they described in a paper published in 1995. It wasn't the first exoplanet discovery — those planets orbited a pulsar and were much stranger on all fronts.

Instead, 51 Pegasi b was the first planet discovered orbiting the sort of body we actually think of as a star, rather than orbiting the remains of a star that has exploded. Mayor and Queloz examined the light emitted by the star in question and measured tiny changes in that light caused by the planet's gravity, which created slight wiggles in the star's distance from Earth.

By now, scientists have spotted more than 4,000 planets orbiting other stars, so the academy would always have needed to be judicious in selecting individuals in the field to honor. Two names sometimes offered among that group are Geoff Marcy and Paul Butler, who soon corroborated Mayor and Queloz's observations and turned out to have already gathered similar data about 51 Pegasi. Given an interpretation that allowed for massive planets orbiting close to their stars, Marcy and Butler quickly identified 70 of the first 100 exoplanets discovered, according to NASA.

Marcy and Butler's research had also been floated in Nobel prediction pools and is mentioned three times in the scientific background paper's discussion of the research conducted by Mayor and Queloz. But they were not included in the award citation. And that could be for a particular reason: In 2015, Marcy's institution investigated nearly a decade of sexual misconduct accusations against him. Marcy resigned when material from the investigation was made public.

"Given that the prize went to two researchers in exoplanets, it seems that part of the story here was that they snubbed Geoff Marcy, who reportedly engaged in sexual misconduct towards students for decades," Prescod-Weinstein wrote to Space.com. "I believe the victims, some of whom I count as friends. While I'm glad that the committee is showing some ethical standards regarding which men will be recognized, perhaps they can also consider the ethics of persistently ignoring women's contributions to the field as well as those of men who aren't white."

The complications posed by both aspects of this year's Nobel Prize in physics speak to ongoing systemic challenges in the science community in general and within individual disciplines. Rubin faced systemic obstacles directed at her gender throughout her career.

Rubin persisted, but research shows that plenty of women and people of color leave science because of discrimination, harrassment and other issues of power and bias. Each of those would-be researchers had just as much individual potential as Nobel winners do at the beginning of their careers, but their work will never be published, much less considered for this type of accolade.

"This has become normalized that old, white men are the ones that get credit, especially the big prizes and things like that," Shankar said. "I think that we need to talk about the fact that when three older men win an award, who didn't get represented in that award."