This little fur ball is getting ready to pounce.
(Image: © Shutterstock)

As many pet owners will attest, when their cat prepares to pounce, it does a little butt wiggle first.

This butt-wiggling pounce lasts just a few moments as the feline crouches down low and wiggles its rear end before launching itself at its target … which is sometimes your feet under the blankets.

There hasn't been any formal research yet on this quirky behavior, but one scientist who studies animal locomotion said he had a few ideas about why kitty does a twerk-like shimmy before its ambush.

"The short answer is science does not know; the butt-wiggling has not been studied, to my knowledge, in an experimental context," said John Hutchinson, a professor of evolutionary biomechanics at the Royal Veterinary College in London.

According to Hutchinson, butt-wiggling may help press the hindlimbs into the ground to give cats added friction (traction) for pushing them forward in the pounce.

"It may also have a sensory role to prepare the vision, proprioception [an awareness of one's position and movement] and muscle — and whole cat — for the rapid neural commands needed for the pounce," Hutchinson noted.

Butt wiggling may also give the cat an aerobic warm-up, of sorts.

"It probably does stretch the muscles a bit and that might help with pouncing," Hutchinson told Live Science. "And we can't exclude that it's just fun for cats; they do it because they are excited by the thrill of the hunt [and] prey."

Domesticated cats aren't alone in this behavior; wild cats — yes, even fierce creatures such as lions, tigers and jaguars, shake their derrières before striking (just hopefully not your feet).

But unlike lions and tigers, the house cat has been domesticated for about 10,000 years. So, the time is ripe to get to the bottom of this butt-wiggling mystery. 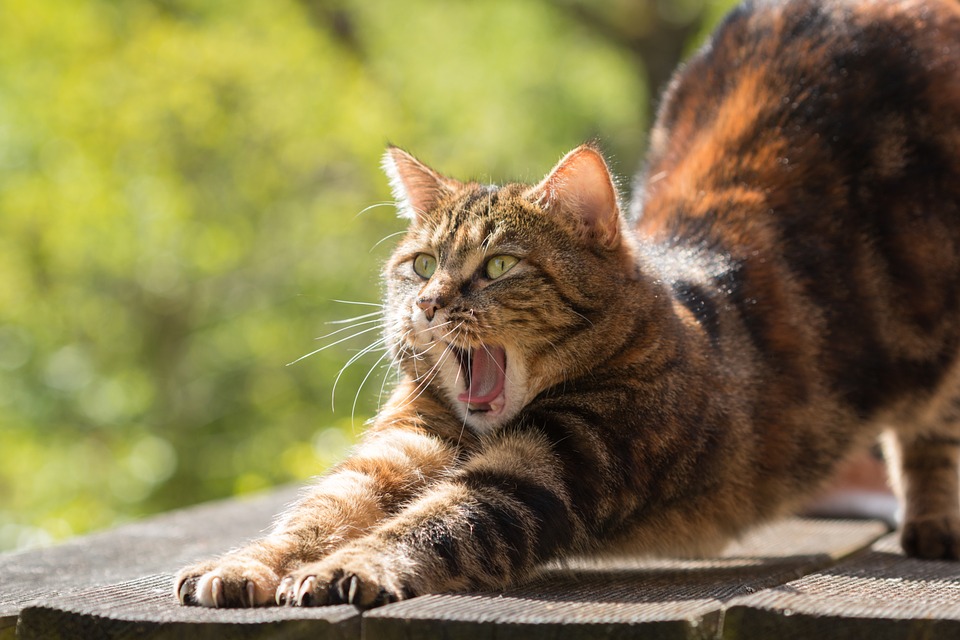 An ideal experiment would have cats pounce with and without butt-wiggling, so scientists could determine what effect wiggling (or lack thereof) has on their pouncing performance, Hutchinson said.

Granted, Hutchinson has a lot on his plate, but he joked that "it must be done, somehow. I shall marshal some scientists, and some friendly cats, in due course."

By Spooky on October 21st, 2019 A private college in the Indian state of Karnataka has sparked controversy after…