In a world of telework, some people just take better to working from home. Does this productivity come naturally, or can you learn it?

For some, working from home is a gift – a remarkable opportunity to focus and be hyper-productive, all the while finding time to walk the dog and even exercise in pyjamas. For others – well, the transition isn’t quite as seamless. Some find all they’ve done with their eight hours is answer two emails, dream about a massage or discover their ‘cheese hour’.

It’s true: some people simply have dispositions and personality traits that enable them to better adjust to the new world of remote work than others. However, it’s not so black and white. You’re not necessarily destined to be good or bad at working remotely – some may just have to put in more effort than others.

The pull of procrastination

Procrastination is never easier than when your superior isn’t looking over your shoulder. As long as the status light on your communication app is green, it’s easy to pop into the kitchen and try a new recipe, or get into a YouTube hole, with no one any the wiser.

If it feels easier to procrastinate at home than in the office, it is for most: telework is a “weak situation” with murkier expectations about behaviour, says Timothy Pychyl, associate psychology professor at Carleton University in Ontario. In contrast, he points to a common situation: “In an elevator, we all typically ‘act elevator’, for example avoid eye contact with others, and keep our distance as [much as] possible …. The office is more of a strong situation with expectations for many things such as dress codes, arrival and departure times [and] time spent on or off task.” Weaker cues and lower accountability may make procrastination more likely at home.

And without the strong situation of an office, it’s quite a bit easier to dismiss unpleasant tasks. When there’s a task on your plate you don’t want to dive into, or you’re banging your head against a wall with a tech problem, you’re testing your ‘frustration tolerance’, says Pychyl. Those who have a lower frustration tolerance are much more likely to procrastinate – they’re the people who get up from their desk and find a distraction.

“If you’re easily getting frustrated, then you’re going to run away from [work] and use avoidance as a coping mechanism, which will shoot you in the foot,” says Pychyl.

Not everyone working at home succumbs to the pull of procrastination, however. Those on the other end of the spectrum push through the work. Pychyl adds that people with high frustration tolerances are generally also conscientious workers, who particularly succeed at remote work. Research has also shown that, of the ‘Big Five’ personality dimensions, “the trait of conscientiousness has been found to be the best predictor of job performance”.

Still, you can take steps to raise your frustration tolerance and become more conscientious by working on your impulsivity. A non-conscientious person is “up and gone” the moment something challenging or uncomfortable comes up. “What they have to do is invoke a volitional skill now. They have to be more conscious to stay in the moment – say, ‘I have that tendency to do something else’,” says Pychyl. 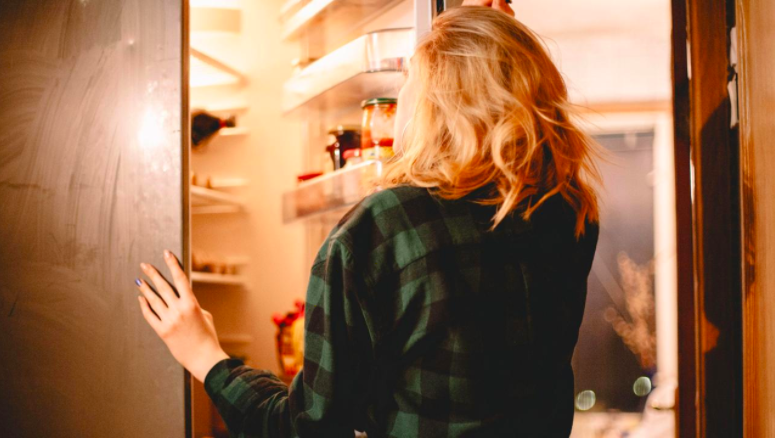 If the slightest frustration causes you to leave your screen and do something else, it pays to be aware that you have such tendencies and correct them (Credit: Alamy)

He recommends counting to five or taking five deep breaths – whatever strategy will “keep the seat of [your] pants on [your] chair”. Then, break the task into bite-sized, less frustrating bits to get you started, like opening a file or referencing an email. It’ll be easier to get down to work – without getting distracted and walking away.

“All of this said, chronic procrastinators will procrastinate just about anywhere,” Pychyl adds. “That’s just something that’s inherent. It’s just your disposition, and it’s not going to change overnight.”

One problem that people working from home are experiencing at the moment – both skilled remote workers and those new to telework – is a lack of boundaries. Your kitchen table might be both your desk and where you prepare dinner, which means you don’t have what’s called ‘domain specificity’ in which to calibrate behaviour.

For instance, you handle tasks a certain way in your office; the same goes for when you get back home. These approaches are likely different, since you take on different ‘role identities’ in each separate environment. But when work and personal matters are occurring in the same space, there are no cues for you to behave the way you do at work while you are outside your physical office.

Those who work well from home create boundaries in a work-life world without them, says Pychyl. “Oftentimes, it’s like, when I finish this cup of coffee then I’m going to go to work. You put the cue for the action into the environment as a way to start structuring the unstructured environment.” Then, once these parameters are established, people who commit fewer ‘boundary violations’ are better off. 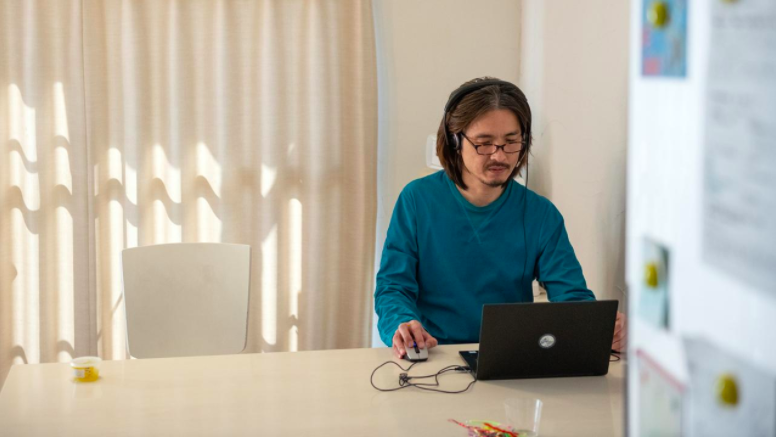 It’s harder to stay on task without physical barriers between work and home life, but it’s certainly not impossible (Credit: Getty Images)

The most productive remote workers also know they don’t have to be tethered to their desks in order to set boundaries and delineate work from leisure. They’re better at what are called ‘micro-transitions’ between tasks and environments, says Jean-Nicolas Reyt, assistant professor of organisational behaviour at McGill University in Montreal.

That means you can get up and walk the dog, but you then have to set another boundary the moment you get back to work for a specific amount of time, or tackle a specific task uninterrupted. “You don’t have to commute for an hour and a half to transition,” says Reyt. What matters, he says, it just getting in the habit of practicing creating those hard lines.

The way in which people derive their energy could be a factor in remote productivity.

Highly social, extroverted people may have a more difficult time working from home without the “water-cooler chat”, says Matthew Davis, associate professor at Leeds University Business School. Those who rely on their social environment to enjoy their jobs, stave off monotony and keep up motivation may find themselves disadvantaged, he adds. Some literature shows this could make extroverts especially dislike remote work – and could even affect telework performance.

Those who rely on their social environment to enjoy their jobs, stave off monotony and keep up motivation may find themselves disadvantaged

Julie Morgenstern, a New York-based productivity and organisation consultant , and the author of the best-selling book Never Check Email in the Morning, adds that “if you’re by yourself all day, you just don’t get those energy shots, which can make it hard to feel motivated and focused”. If you’re flagging without social interaction, says Davis, set up regular calls with colleagues.

Is being an introvert in a home-work environment far better then? Not necessarily, says Davis. Even though they may thrive working alone, introverts can find video calls difficult due to discomfort with being the sole focus of a camera as well as speaking up in group chats. Especially as video calls become more common, Morgenstern adds that a successful worker needs to engage with their teammates on camera to connect with colleagues and gain essential non-verbal information such as body language cues.

As such, a balance of introversion and extroversion qualities may be a sweet spot for productivity, say both Davis and Morgenstern. There’s a lot of alone time in telework, which energises introverts; on the other hand, extroverts can gain energy from team interaction. 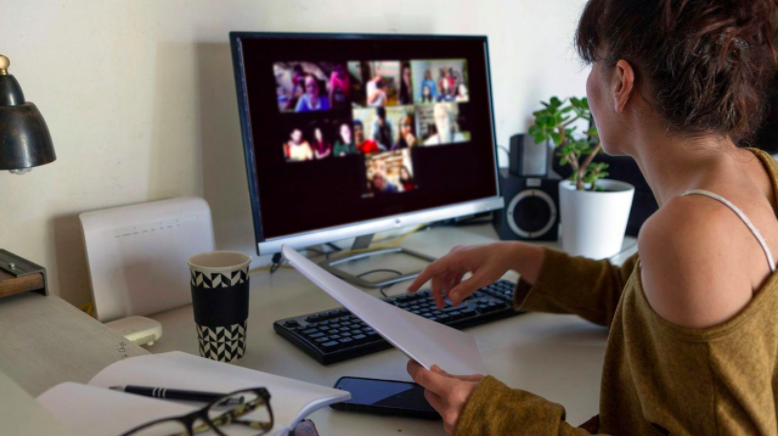 Extroverts can get an extra ‘energy shot’ from video calls with colleagues (Credit: Alamy)

Nose to the grindstone

If you’re not as good at working from home as you wish you were, take solace in the fact that few people – even those remote-working pros – are working to their full potential in stressful times. It may be hard to compartmentalise the stress around you­ – especially when you’re stuck at home – but the more you can adjust to your ‘new normal’, the better work-from-home employee you’ll be, says Pychyl.

Try not to be frustrated if others are taking to the situation better than you; the transition may come more easily to people who are naturally more organised and disciplined, says Davis. For others, “there needs to be some honest self-reflection in terms of what went well today, when did I struggle and then an attempt to identify what it was that knocked you off course”.

Practising can make perfect – but you’ll only get better at telework if you actually find strategies to create boundaries and reel yourself in in other ways. “Practice will help,” adds Davis, “but only if you have a strategy.”

By Sheri Stritof With the divorce rate as high as it is, you want to give your union the…

It's increasingly clear that summer won't quell the new coronavirus. (Sorry.) The preponderance of research suggests warmer weather might…