Why becoming more argumentative will make you smarter 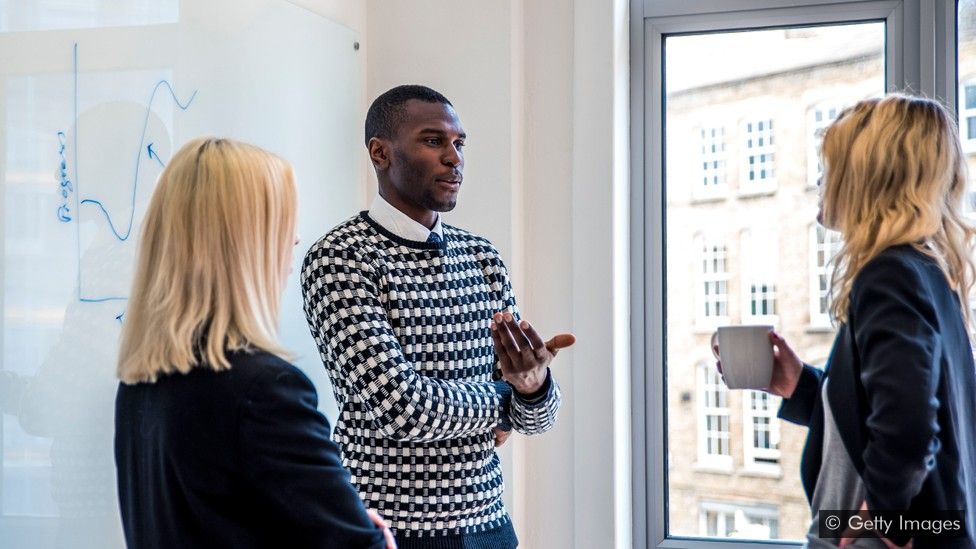 Here's why avoiding conflict at work is a terrible mistake.

Timandra Harkness explores some of the best ways to disagree with people further in her BBC Radio Four series How to Disagree: A Beginners Guide to Having Better Arguments. To listen, please click here.

I’m sure you’ll agree with me if I suggest human beings generally want to avoid conflict.

“Most of the time we’re trying to get on with people,” says professor of conversation analysis at Loughborough University, Liz Stokoe. Even when we disagree, we try to signal that we want to stay on friendly terms, by our words, body language, and even rhythms of speech.

Having diversity of ideas means people will disagree

“We’re trying to make concessions,” says Stokoe. “We’re constantly monitoring our conversations to try and put people in a position where it’s easy for them to agree with us.”

We’re especially inclined to avoid friction at work. Who wants to start a dispute with somebody you have to sit beside, eight hours a day? If your workmate is your boss, there’s even less incentive to dissent. But this may be entirely the wrong approach, according to Amy E. Gallo, author of The Harvard Business Review Guide To Dealing With Conflict At Work.

“Everyone thinks they want to work in this peaceful utopia where everyone gets along,” she says, “but if we don’t disagree, we’re not going to produce good work, it’s just not possible.”

Having diversity of ideas means people will disagree.

“I see organisations all the time talk about wanting diverse perspectives, inclusive work environments,” says Gallo, “and when they stunt disagreements, they’re basically saying, ‘we don’t want to hear different opinions.’ It’s an important way to bring out different perspectives, and to create more successful work.”

In science, for example, new theories are not just tested by experiment, but also challenged by other researchers. Professor Stuart Firestein of Columbia University thinks these challenges are vital – even when he is on the receiving end.

“We have on many occasions in my laboratory submitted a manuscript for publication, and a reviewer has found some significant flaw in it,” he says. “I’m very thankful for that, because I could have gone ahead and published this, and been dead wrong in public. Now it’s just me and this reviewer who knew that I’m an idiot.”

You could call science a system for harnessing this testing process.

“Science is a structure that is intended to permit disagreement,” says Firestein. “I can remember going to meetings with people yelling at each other, but then they’d go to the bar and drink, and that’s the way it’s supposed to work. There’s a relationship of respect in spite of how much you disagree with somebody.”

You may be thinking you’re not thick-skinned enough to endure this culture of perpetual challenge. However deep our commitment to a shared goal, whether that’s more innovative ideas, better problem solving, or the scientific pursuit of truth, nobody likes being wrong.

Let me try to persuade you that disagreement is worth the pain.

First, it tests your ideas against competing ideas. That’s a good thing, says Claire Fox of the Academy of Ideas.

“It’ll either help improve your side of the argument, because you’ll try and engage at the highest level with the best arguments coming from the opposition, so you’ll have to be better at your own argument,” Fox says. “Or, you never know, you might change your mind.”

Second, you can harness your egotistical side, instead of trying to deny it.

“Bias and dogmatism and stubbornness” are fuel for forging better ideas, says author Jonathan Rauch. “You don’t want people to walk into the room not feeling strongly convinced of things. All you want is that they submit their views to checking by other people. Then you harness the energy of their certainty, and their biases, and their disagreements.”

Third, quirks of human thinking that seem like flaws may turn out to be advantages after all. Take confirmation bias, our tendency to look harder for evidence that confirms our existing opinion.

“If you’re on your own, or if you’re only talking with people who agree with you, then it is likely that you will have arguments piling up for your side,” says cognitive scientist Hugo Mercier, “ and that might lead to overconfidence and to polarisation.” With professor Dan Sperber, Mercier wrote The Enigma of Reason. They argue that apparent weaknesses in human reasoning become strengths when we’re arguing against others. We are better at assessing other people’s arguments than our own.

“If you’re in a good faith discussion with people from the other side of the political spectrum,” says Mercier, “they will shoot down your poor arguments, they will give you arguments for the other side, and things should end up working OK.” Argument, according to Mercier and Sperber, is the natural home of human reason.

Alone, we easily fall into lazy thinking and gather arguments to reinforce our assumptions. Only by setting yourself the challenge of convincing others, of finding the weaknesses in their arguments, and letting them seek out the faults in your arguments, can you test out ideas.

That’s why I’m arguing that you owe it to yourself, the people you work with, and society at large, to get into a good argument at least once a day. And by ‘good’, I mean both rigorous and respectful. As Gallo says, “Disagreement does not have to be unkind. It does not have to be mean. You can do it with empathy, compassion and kindness.”

Kanye West declares he will run for US president in 2020 Rapper uses Independence Day to make announcement, but…

Is Iron Deficiency Causing Your Hair Loss? By Monica Reinagel Is your hair falling out? Nutrient deficiencies may be…