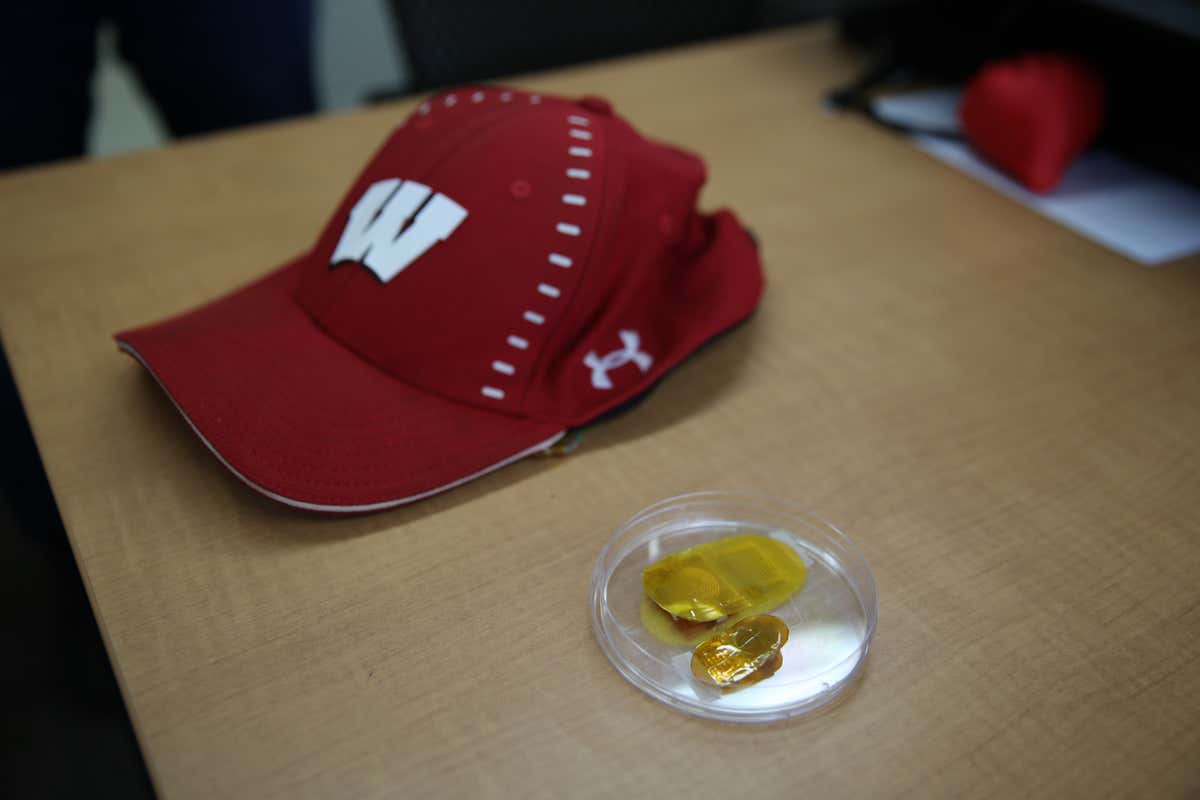 This prototype hat is filled with patches that emit small amounts of electricity(Image: © Alex Holloway, University of Wisconsin–Madison)

An electric patch makes hairless mice grow fur and may reverse balding in men when fitted inside a specially designed baseball cap.

At the moment, men who don’t want to go bald can treat hair loss using minoxidil lotion, finasteride pills or hair transplant surgery. But minoxidil doesn’t work for everyone, finasteride can reduce sex drive and fertility, and surgery is painful and expensive.

Stimulating the scalp with electric pulses has also been shown to restore hair growth. However, it isn’t a very practical treatment because it involves being hooked up to a machine or battery pack for several hours a day.

To overcome this hurdle, Xudong Wang at the University of Wisconsin-Madison and his colleagues have developed a wireless patch that sticks to the scalp and generates electric pulses by harnessing energy from random body movements.

The 1-millimetre-thick plastic patch contains layers of differently-charged materials that produce electricity when they come into contact and separate again – a phenomenon known as the triboelectric effect.

When the flexible patch was attached to the backs of rats, their movements caused it to bend and stretch, activating the triboelectric effect. The resulting electric pulses stimulated faster hair re-growth in shaved rats compared with minoxidil lotion and inert saline solution.

Next, Wang’s team tested the patch on mice that were hairless because of a genetic deficiency in hair growth factors. After nine days, 2-millimetre-long fur grew on their skin under the patch, whereas only 1-millimetre-long hair grew on adjacent skin areas treated with minoxidil and saline solution. Hair density was also three times greater for the patch-treated areas than those treated with minoxidil and saline. 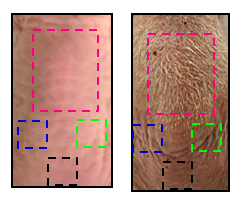 Images of mouse skin before (left) and after (right) treatment with the patch (pink rectangle) and other baldness treatments (other rectangles)(Image: © Xudong Wang, University of Wisconsin–Madison)

Studying the skin of the mice under a microscope revealed that the patch seemed to work by stimulating the release of natural chemicals that encourage hair growth such as keratinocyte growth factor and vascular endothelial growth factor.

Put a cap on it

Wang also tested the patch on his father, who has been going bald for the past few years. “It helped him to grow a lot of new hairs after one month,” Wang says.

His team has now designed a baseball cap that encases the whole scalp in the triboelectric materials to stimulate hair growth, and is seeking approval to test it in men in a clinical trial.

Wang is confident it will work, because hairless mice are considered good models of male balding. It shouldn’t be uncomfortable to wear because it produces very gentle electric pulses, he says.

However, the hat will only work in men who are currently losing their hair or have recently become bald, because the skin loses its ability to generate new hair follicles after many years of baldness, Wang says.

Incredible £16million gold superyacht with spa, pool and glass waterfall arrives in London By Phoebe Cooke THE streets of…