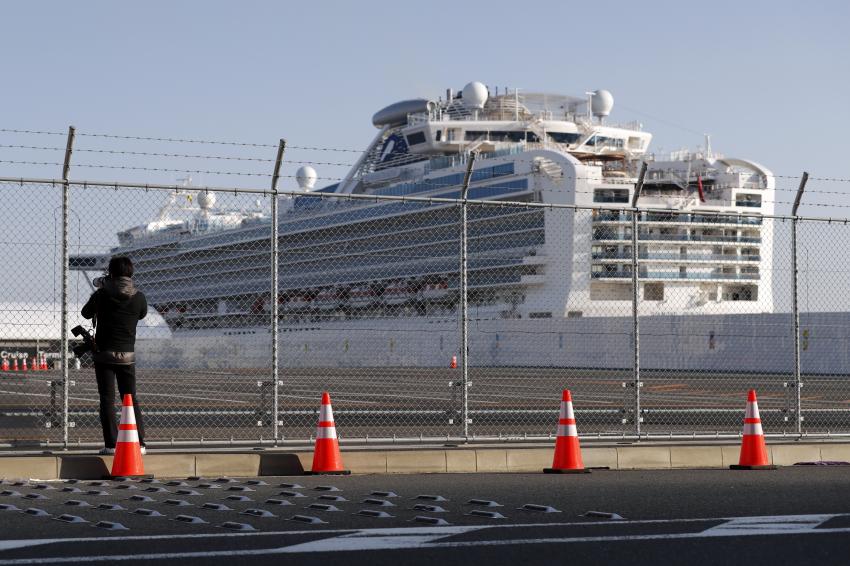 A cruise ship passenger who had been hospitalized after testing positive for the new virus died on Sunday, the third fatality from the Diamond Princess, Japan's health ministry said.

The ministry also announced 57 more cases of infections from the ship, including 55 crew members still on board and two passengers who had infected roommates and are in a prolonged quarantine at a government facility.

With the new cases, 691 people have been infected on the ship, or nearly one-fifth of the ship's original population of 3,711. Japan has confirmed a total of838 cases including four deaths from the virus, which first emerged in China, including those on the ship.

The latest fatality is a Japanese man in his 80s who was among the first group of people developing symptoms when Japanese health authorities ordered a 14-day quarantine of the ship on Feb 5, Masami Sakoi, a health ministry official, said at a televised news conference.

The man already had symptoms when the ship returned to Yokohama near Tokyo for the quarantine and was taken to a hospital, according to a ministry statement. The man was among the first group of people who tested positive, a ministry official said.

Three other people, all in their 80s, have died from the virus in Japan, including two former passengers of the ship.

Dozens of confirmed cases that continue to be reported from the ship have prompted criticisms and concerns that Japan's quarantine might have been inadequate. Japanese officials say they did their best given the challenging situation on the ship and the large number of people they had to deal with.

On Saturday, a former passenger in her 60s tested positive for the virus after getting off the ship and taking a train home. Her husband, who traveled with her, tested negative again.

More than 100 cases outside of the ship have been confirmed across Japan.

Abe said that Japan is at a crucial phase in preventing a widespread infection and that it is necessary to implement reliable and effective measures to stop the further spread of the virus. 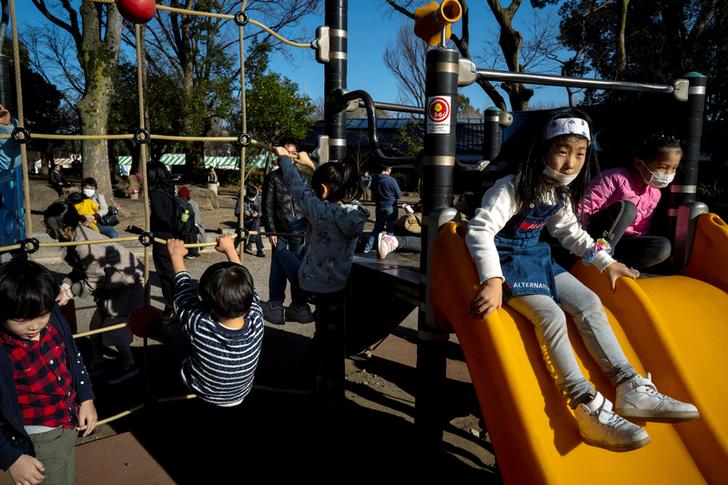 Japan will keep close tabs on the health conditions of people who were allowed to leave a coronavirus-hit cruise ship after testing negative for the virus, the country's health minister said Sunday, following revelations that one such person was found infected soon after returning home.

The country's health authorities will make daily phone calls to hundreds of people who have disembarked from the Diamond Princess docked in Yokohama, and have already asked them to avoid using public transportation and to wear masks when they come into contact with others, Katsunobu Kato said.

On Saturday, authorities in Tochigi Prefecture said a woman in her 60s, who left the cruise ship and returned home in the prefecture using public transport, tested positive for the pneumonia-causing virus earlier that day. Her test results came back negative on Feb 15, four days prior to her disembarkation.

"I have to take it seriously," said Kato, in commenting on her infection, at a press conference.

The health minister said during a parliamentary session last Wednesday that he sees no need to quarantine Diamond Princess passengers who tested negative, once they disembark from the ship.

"The National Institute of Infectious Diseases suggested that people who had been under control for 14 days, tested negative and were given final approval about their health, can use public transport. And I made the final judgement (to go ahead with the policy)," the minister said at the time.

On Sunday, Prime Minister Shinzo Abe instructed his government to swiftly draw up a basic policy to curb the spread of the new coronavirus in Japan.

Speaking at a meeting, Abe called for quickly building a system to provide necessary medical services in an effort to prevent people infected with the pneumonia-causing virus from falling seriously ill.

Health, Labor and Welfare Minister Kato will lead work to craft the policy, which Abe said will involve providing information to the public and companies, as well as implementing measures to block the spread of infection and provide medical services to patients. The policy is expected to be announced Tuesday.

"Curbing the speed of an increase in the number of patients is extremely important to contain an epidemic," the prime minister said, citing rising cases of infection from unknown routes in the country.

So far, around 840 people have tested positive for the virus in Japan. Most of the cases, or 691, involved passengers and crew of the vessel.

Meanwhile, the health ministry said Sunday a Japanese man in his 80s who was on the Diamond Princess has died from pneumonia, bringing the number of deaths among people who boarded the coronavirus-hit vessel to three.