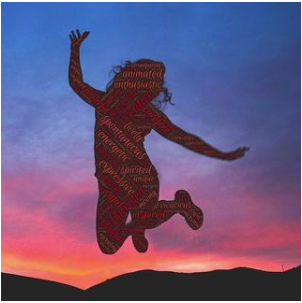 Whether to have children is one of the most consequential decisions we get to make. Like all choices, though, this one is taken inside a social context. That context is quite heavily tilted in a ‘pronatalist’ direction. Our culture views parenting as an essential part of achieving fulfillment, happiness, and meaning in life, and as a marker of successful adulthood. Remaining childless by choice (AKA childfree) is still an outlying path, a move that raises questions and is met with prejudice and even moral outrage. This is particularly true for women, whose gender identity and social value have long been tied to fertility and motherhood. Thus, women who decide to not have children are commonly viewed unfavorably.

Childlessness itself is not a new phenomenon. Yet childlessness among women in the past was often due to poverty, illness, infertility, poor nutrition, and low marriage rates caused by wars. The current childless-by-choice (childfree) trend involving healthy, educated, sexually active, and often coupled women in affluent Western societies may be a new variant on the theme. In 2015, 7.4 percent of 15-44-year-old women were voluntarily childless, according to CDC data.

Motives for remaining childfree vary. But in most cases, they involve an interaction between macro-social forces—such as the availability of contraceptives, declining marriage rates, and women’s increasing labor force participation—and micro-level considerations, including the desire for greater opportunity, personal freedom, self-fulfillment, and mobility.

Childfree women are a diverse group, yet they may share certain personality and social characteristics. For example, a recent study by British researchers Margaret Avison and Adrian Furnham found that, compared to parents or those desiring children, “childfree respondents scored significantly higher in Independence and significantly lower in Agreeableness and Extraversion. They were also less religious and more politically liberal.“ They may also be somewhat more pragmatic about love.

Women who decide against having children do not follow a single well-defined path. Research suggests that some are “early articulators,” deciding to be childless early in life, while others are “postponers,” who delay having children; “aquiescers,” who go along with a partner’s wishes; or “undecided,” women who are still deciding whether or not they want children.

Are childfree women happier? The broad answer appears to be a qualified yes. For one, research has consistently shown negative correlations between having children and marital and life satisfaction. Having children is associated with reduced happiness, particularly for women, and particularly in the U.S., and that link appears to sustain over the long term.

The link between having children and lower life satisfaction may be due in part to mere selection effects, since the decision to parent is not randomly distributed in the population. For example, unhappy people may more often opt to become parents. Moreover, even beyond selection, the link is not in all likelihood due directly or inherently to the nature of children or the tasks of parenthood in and of themselves, but to the challenges associated with negotiating work-home demands, particularly in cultures that do not offer much support to parents. Indeed, the association tends to vanish in cultures that are more pro-parents.

The United States, despite its ‘family values’ rhetoric, is not especially child- or parent-friendly. Helpful policies that are common in other developed nations are absent in the U.S., including paid parental leave, subsidized childcare, and work schedule flexibility. Parenthood in the U.S. is often uniquely burdensome and lonely. The percentage of single parents is higher in the U.S. than in other developed nations. Due to the country's size, individualistic culture, and workforce mobility, extended family support is often unavailable. Having children in the US is also highly expensive, in large part due to the costs of childcare, healthcare, and education. The average cost of raising a child to age 17 (excluding college) is around a quarter of a million dollars.

In the U.S., the childfree movement appears to be picking up steam among millennials (although, by definition, only time will tell) in part because, as a generation, they face dimmer economic prospects and high future anxiety.

A common criticism pointed at childfree women, and millennials in particular, is that their choice reflects selfishness. But that argument is problematic on multiple levels. First, evidence is equivocal as to whether millennials as a cohort (not to mention those among them who are childfree) are more selfish than others given their overall behavior and social involvement. Second, in a broad, global context, having children may itself be considered a selfish choice, given the effect on climate change and the fact that there are many children already alive around the globe who would benefit greatly from being adopted. Moreover, people often choose to have children because they think this will make them feel better about their lives, provide added meaning, confirm their social status as successful adults, and provide aid and comfort in the long term. As a rule, parents don’t have the number of children that is optimal for the country or the world; they have the number they consider optimal for themselves. It’s a fundamentally selfish choice.

A question childfree women often hear is, "Who will care for you in your old age?” However, this question is relevant for everyone, regardless of parental status. True, children often can, and do, support parents in the latter years. And true, the question is more relevant for (heterosexual) women, who tend to outlive their male partners. But having children is not foolproof insurance against the vicissitudes of old age. Sometimes children remain dependent on the parents throughout life. Other times they become disengaged or alienated from parents; they may refuse, or be otherwise unable to, assume the caregiving burden. Moreover, the money, time, and energy spent on raising children may be used instead to acquire sufficient wealth to allow one to purchase competent help in old age.

In sum, childfree women arrive at the decision to not have children in various ways and for multiple reasons. Yet the literature suggests that most childfree women are not lonely, miserable, or odd. In fact, the opposite is more often the case. Moreover, childfree individuals as a rule do not appear to regret this choice down the road. The fact that the childfree path is less traveled does not make it less worthy or legitimate. Those who choose it may contribute to the social good in ways other than reproduction and cultivate new forms of meaning for themselves, untethered to motherhood.

Because society has long associated the feminine with the maternal, it is sometimes difficult to view other developmental paths as anything other than substitutes for that which is ‘missing.’ The redefinition of ‘absence’ as ‘potential space’ permits a nonmaternal interpretation of female identity development in which nonmaternal identities are equivalent alternatives to, and not substitutes for, maternal identities.

BY BAMBI TURNER Humans have a special relationship with house pets, and a full 62 percent claim that their…

By Rachel Baxter We know that high levels of air pollution can have worrying impacts on our bodies, from…