Magma Versus Lava: How It Melts, Rises, and Evolves 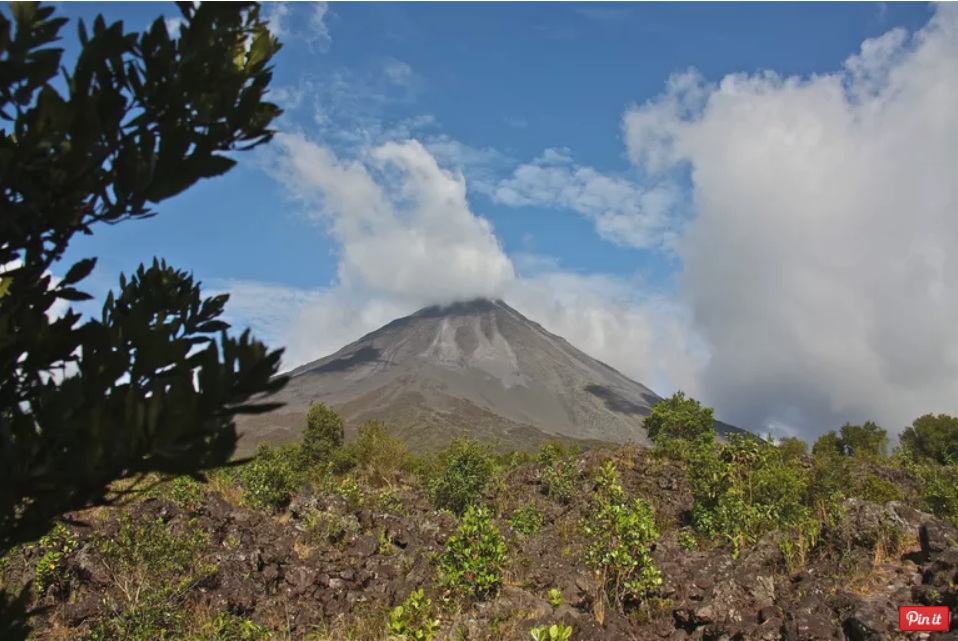 In the textbook picture of the rock cycle, everything starts with molten underground rock: magma. What do we know about it?

Magma is a lot more than lava. Lava is the name for molten rock that has erupted onto the Earth's surface - the red-hot material spilling from volcanoes. Lava is also the name for the resulting solid rock.

In contrast, magma is unseen. Any rock underground that is fully or partially melted qualifies as magma. We know it exists because every igneous rock type solidified from a molten state: granite, peridotite, basalt, obsidian and all the rest.

Geologists call the whole process of making melts magmagenesis. This section is a very basic introduction to a complicated subject.

Obviously, it takes a lot of heat to melt rocks. Earth has a lot of heat inside, some of it left over from the planet's formation and some of it generated by radioactivity and other physical means. However, even though the bulk of our planet - the mantle, between the rocky crust and the iron core - has temperatures reaching thousands of degrees, it's solid rock. (We know this because it transmits earthquake waves like a solid.) That's because high pressure counteracts high temperature. Put another way, high pressure raises the melting point. Given that situation, there are three ways to create magma: raise the temperature over the melting point, or lower the melting point by reducing the pressure (a physical mechanism) or by adding a flux (a chemical mechanism).

Magma arises in all three ways - often all three at once - as the upper mantle is stirred by plate tectonics.

Heat transfer: A rising body of magma - an intrusion - sends out heat to the colder rocks around it, especially as the intrusion solidifies. If those rocks are already on the verge of melting, the extra heat is all it takes. This is how rhyolitic magmas, typical of continental interiors, are often explained.

Decompression melting: Where two plates are pulled apart, the mantle beneath rises into the gap. As the pressure is reduced, the rock begins to melt. Melting of this type happens, then, wherever plates are stretched apart - at divergent margins and areas of continental and back-arc extension (learn more about divergent zones).

Flux melting: Wherever water (or other volatiles like carbon dioxide or sulfur gases) can be stirred into a body of rock, the effect on melting is dramatic. This accounts for the copious volcanism near subduction zones, where descending plates carry down water, sediment, carbonaceous matter and hydrated mineral with them. The volatiles released from the sinking plate rise into the overlying plate, giving rise to the world's volcanic arcs.

The composition of a magma depends on the type of rock it melted from and how completely it melted. The first bits to melt are richest in silica (most felsic) and lowest in iron and magnesium (least mafic). So ultramafic mantle rock (peridotite) yields a mafic melt (gabbro and basalt), which forms the oceanic plates at the mid-ocean ridges. Mafic rock yields a felsic melt (andesite, rhyolite, granitoid). The greater the degree of melting, the more closely a magma resembles its source rock.

Once magma forms, it tries to rise. Buoyancy is the prime mover of magma because melted rock is always less dense than solid rock. Rising magma tends to remain fluid, even if it's cooling because it continues to decompress. There is no guarantee that a magma will reach the surface, though. Plutonic rocks (granite, gabbro and so on) with their large mineral grains represent magmas that froze, very slowly, deep underground.

We commonly picture magma as big bodies of melt, but it moves upward in slim pods and thin stringers, occupying the crust and upper mantle like water fills a sponge. We know this because seismic waves slow down in magma bodies, but do not disappear as they would in a liquid.

We also know that magma is hardly ever a simple liquid. Think of it as a continuum from broth to stew. It's usually described as a mush of mineral crystals carried in a liquid, sometimes with bubbles of gas too. The crystals are usually denser than the liquid and tend to slowly settle downward, depending on the magma's stiffness (viscosity).

Magmas evolve in three main ways: they change as they slowly crystallize, mix with other magmas, and melt the rocks around them. Together these mechanisms are called magmatic differentiation. Magma may stop with differentiation, settle down and solidify into a plutonic rock. Or it may enter a final phase that leads to eruption.

The final phase of differentiation involves the volatiles. The water and gases that are dissolved in magma eventually start to bubble out as the magma rises nearer to the surface. Once that starts, the pace of activity in a magma rises dramatically. At this point, magma is ready for the runaway process that leads to eruption. For this part of the story, proceed to Volcanism in a Nutshell.

How Do Clouds Form? Cloud Ingredients and Formation By Rachelle Oblack We all know what clouds are—visible collections…