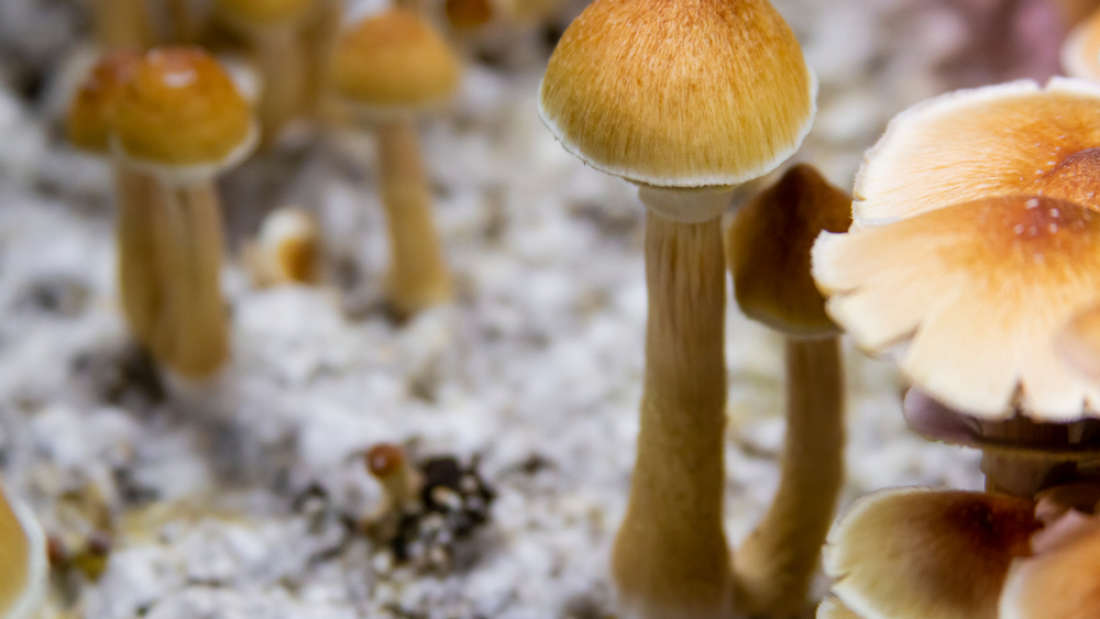 PSILOCYBIN MUSHROOMS ARE BEING STUDIED AS A TREATMENT FOR DEPRESSION. JERHETRICK/SHUTTERSTOCK

Magic mushrooms may help to alleviate depression in people who have failed to respond to traditional treatments such as anti-depressants by increasing activity in the amygdala, which is the part of the brain that processes fear. According to a new study in the Journal of Psychopharmacology, this effect results in a decreased tendency to ruminate on negative thoughts and an increase in emotional processing, which may explain the therapeutic properties of the drug.

The study builds on a series of previous papers that point to the ability of psilocybin – the active compound in magic mushrooms – to significantly reduce symptoms of depression where all other treatments had failed.

However, when scanning the brains of patients one day after receiving psilocybin treatment for depression, researchers discovered an increase in amygdala activity while participants were shown images of fearful faces. Astonishingly, this increase in activity was directly correlated with a reduction in depression over the next few weeks, according to a study published last year.

To investigate this matter further, the same team of researchers have now used functional magnetic resonance imaging (fMRI) to discern how psilocybin affects connectivity patterns between the amygdala and other parts of the brain, and how this may help to alleviate depression.

Follow-up analysis revealed that the reduction in connectivity between the amygdala and vmPFC was directly correlated with a decreased tendency for rumination on the past, although this could not be linked to an improvement in depressive symptoms. However, the increase in connectivity between the amygdala and the visual cortex was directly correlated to reductions in depression one week later.

While the study authors point out that more research is needed before any firm conclusions are drawn, they posit that psychedelics like psilocybin may help people access and work through difficult emotions, firstly by breaking off negative thought loops and secondly by increasing activation of the brain’s emotional centers.

In this sense, they appear to do the exact opposite to conventional anti-depressants such as selective serotonin reuptake inhibitors (SSRIs), which aim to treat depression by shutting down emotional processing in certain parts of the brain.

Are You an Overthinker? Spending too much time in our head can be perilous to our mental health. By…

Have You Ever Heard These 25 Obscure English Words? Written by Reuben Westmaas There's something so satisfying about pulling…