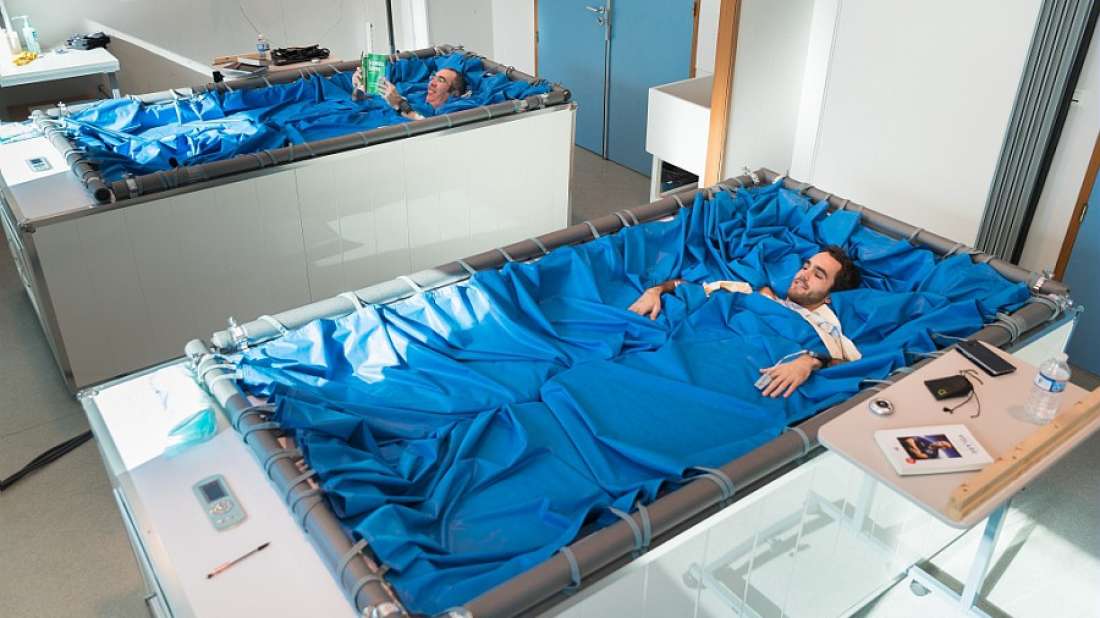 A PREVIOUS 'DRY IMMERSION EXPERIENCE' BEGAN IN TOULOUSE WITH THE PARTICIPATION OF THREE VOLUNTEERS IN NOVEMBER 2018. © CENS/BÉNOIT REMI,2019

Ever dreamt of being an astronaut, but always figured you were too lazy? Well, we might have a job for you.

The European Space Agency (ESA) is looking for volunteers to take part in new studies that will involve laying in bed for a prolonged period of time to help understand how long-term weightlessness affects the health of female astronauts.

In one of the upcoming ESA studies, 20 women will be asked to lay in a dry-immersion bath, a kind of half-bed half-pool, for five days at the Institute for Space Medicine and Physiology (MEDES) in Toulouse, France. It’s essentially a high-tech water bed that will place minimal pressure on the body, supporting and suspending evenly much like an astronaut floating in microgravity.

“We decided to start our first dry-immersion protocol with all-women volunteers as there is almost no data on females,” Jennifer Ngo-Anh, ESA’s human spaceflight team leader, said in a statement. “We will not be doing any specific experiments for this first round, but we will collect data to better understand the dry immersion model and how the women react to assess these studies for more extensive investigations in the future.”

It might sound like a chilled-out dream job, but this research is not for the faint-hearted. Along with losing skeletal muscle, bone mass, and general fitness, you can also expect to experience unnerving changes to your eyes and fluid shifts to the brain. On top of that, the researchers will be taking regular blood samples and biopsies from your body to keep tabs on your health.

“We get many requests to be a volunteer for these studies, but they are no joke, lying in bed sounds fun but the pleasure wears off very quickly,” Ngo-Anh added. “We constantly salute the volunteers that sacrifice their daily lives for the benefit of human exploration!” 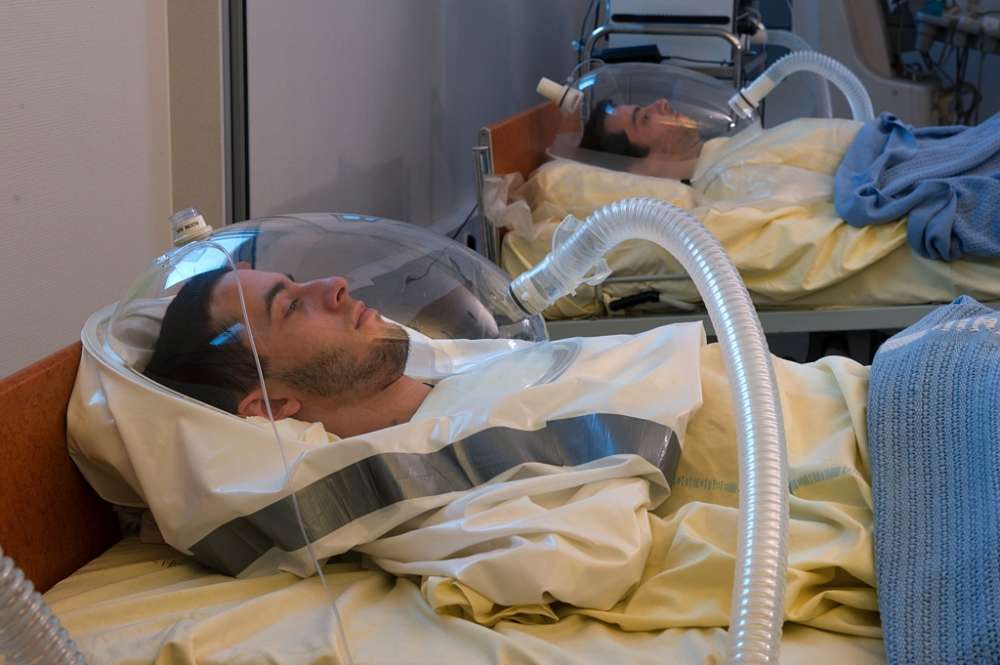 Measuring basic metabolism during a bed rest study carried out at the Toulouse Space Clinic in 2012. © CNES / GRIMAULT Emmanuel, 2013

Another research project will also involve laying on a bed with their head tilted 6 degrees below horizontal. Participants won’t be allowed to leave the tilted bed for 60 days. Even if the human guinea pigs need to wash, eat, or go to the bathroom, at least one of their shoulders must be touching the bed at all times.

Part of this study will also involve laying in a giant spinning centrifuge, still tilted with the legs pointed above horizontal, to further assess the effects of low gravity on the human body.

Scientists already know a fair amount about the effect of space travel on the human body thanks to previous studies, but there’s plenty more to learn. One of the biggest studies into the topic is known as the “Twin Study.” This landmark NASA research compared the health of astronaut Scott Kelly, who lived aboard the International Space Station for 11 months, while his identical twin brother Mark Kelly stayed on Earth.

Getting The Most Out Of Telework Naomi Cahn In the private sector, telework is rising. As many as 43%…