Mice fight all the time — you just have to get down and dirty to catch it.
By Brandon Specktor - Senior Writer 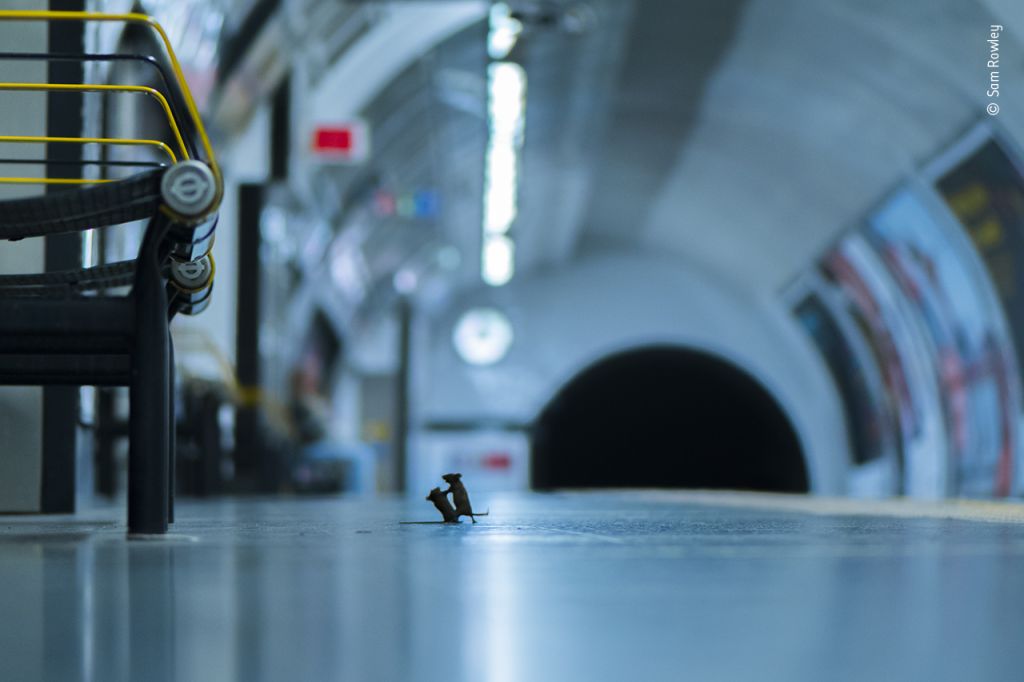 Up to 5 million passengers scurry around the London Underground every day, and that's not even including the rodents.

City officials suspect that some 500,000 mice call the tunnels and terminals below London home, Transport of London says; they flock there for warmth, shelter and the feast of scraps that human commuters drop near the tracks every day. As an epic (and now award-winning) photo by U.K.-based photographer Sam Rowley reminds us, when a choice morsel drops, it's every mouse for herself.

Rowley's photo "station squabble," which shows two mice grappling over a crumb of food on a subway platform, just won the people's choice award for the London Natural History Museum's Wildlife Photographer of the Year competition.

To get the dramatic shot, Rowley visited several different subway platforms every night for a week, literally lying flat on the floor with his camera to meet any scavenging mice at their level. The encounter captured in this photo lasted only a split-second before one mouse snatched the crumb from its rival's paws and scurried off, Rowley said in a statement. But in that second, an epic dance unfolded.

"Sam's image provides a fascinating glimpse into how wildlife functions in a human-dominated environment," Sir Michael Dixon, director of the Natural History Museum in London, said in the statement. "The mice's behavior is sculpted by our daily routine, the transport we use and the food we discard."

Food competition among mice is extremely common — especially when they live in the wild, where resources can be scarce. The mice in London's Underground, and many other subway systems around the world, rely on human litter to survive, meaning epic mouse clashes like this one are likely far more common than you might suspect while waiting for a train. It just takes getting down and dirty to see them.

A man wearing a face mask walks on an overpass, as the country is hit by an outbreak of…