Can A Human Be Frozen And Brought Back To Life? 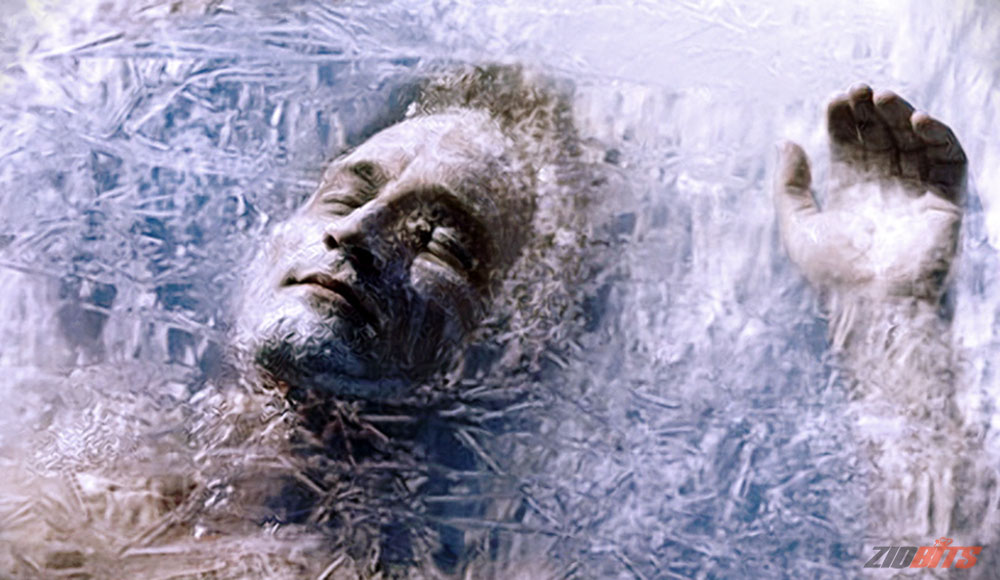 We see it all the time in movies. A person gets frozen or put in “cryosleep” and then unfrozen at a later date with no aging taking place, or other ill effects.

Sometimes this happens on purpose, like to someone with an incurable disease hoping a cure exists in the future, or sometimes by accident, like someone getting frozen in a glacier.

Is there any science behind “cryogenics”?

The science behind it does exist and the application of the practice is called cryonics. It’s a technique used to store a persons body at an extremely low temperature with the hope of one day reviving them. This technique is being performed today, but the technology behind it is still in its infancy.

Someone preserved this way is said to be in cryonic suspension. The hope is that, if some­one has died from a disease or condition that is currently incurable, they can be “frozen” and then revived in the future when a cure has been discovered.

Why wait until you’re dead to be frozen? Won’t it be too late then?

cryonicsIt’s currently illegal to perform cryonic suspension on someone who is still alive. Those who wish to be cryogenically frozen must first be pronounced legally dead – which means their heart has stopped beating. Though, if they’re dead, how can they ever be revived?

According to companies who perform the procedure, ‘legally dead’ is not the same as ‘totally dead.’ Total death, they claim, is the point at which all brain function ceases. They claim that the difference is based on the fact that some cellular brain function remains even after the heart has stopped beating. Cryonics preserves some of that cell function so that, at least theoretically, the person can be brought back to life at a later date.

How is Cryonics Performed?

After your heart stops beating and you are pronounced legally dead, the company you signed with takes over. An emergency response team from the facility immediately gets to work. They stabilize your body by supplying your brain with enough oxygen and blood to preserve minimal function until you can be transported to the suspension facility. Your body is packed in ice and injected with an anticoagulant to prevent your blood from clotting during the trip. A medical team is on standby awaiting the arrival of your body at the cryonics facility.

After you reach the cryonics facility, the actual freezing can begin.

Don’t they just drop you in a huge pot of liquid nitrogen?

They could, and while you’d certainly be frozen, most of the cells in your body would shatter and die.

As water freezes, it expands. Since cells are made up of mostly water, freezing expands the “stuff” inside which destroys their cell walls and they die. The cryonics companies need to remove and/or replace this water. They replace it with something called a cryoprotectant. Much like the antifreeze in an automobile. cryogenically frozenThis glycerol based mixture protects your organ tissues by hindering the formation of ice crystals. This process is called “vitrification” and allows cells to live in a sort of suspended animation.

After the vitrification, your body is cooled with dry ice until it reaches -202 Fahrenheit. After this pre-cooling, it’s finally time to insert your body into the individual container that will be placed into a metal tank filled with liquid nitrogen. This will cool the body down to a temperature of around -320 degrees Fahrenheit.

The procedure isn’t cheap. It can cost up to $200,000 to have your whole body preserved. For the more frugal optimist, a mere $60,000 will preserve your brain with an option known as neurosuspension. They hope the technology in the future will allow them to clone or regenerate the rest of the body.

So does it work?

Many critics say the companies that perform cryonics are simply ripping off customers with the dream of immortality and they won’t deliver. It doesn’t help that the scientists who perform cryonics say they haven’t successfully revived anyone, and don’t expect to be able to do so anytime soon. The largest hurdle is that, if the warming process isn’t done at exactly the right speed and temperature, the cells could form ice crystals and shatter.

Despite the fact that no human placed in a cryonic suspension has yet been revived, some living organisms can be, and have been, brought back from a dead or near-dead state. CPR and Defibrillators can bring accident and heart attack victims back from the dead daily.

Neurosurgeons often cool patients’ bodies so they can operate on aneurysms without damaging or rupturing the nearby blood vessels. Human embryos that are frozen in fertility clinics, defrosted and implanted in a mother’s uterus grow into perfectly normal human beings. Some frogs and other amphibians have a protein manufactured by their cells that act as a natural antifreeze which can protect them if they’re frozen completely solid.

Some cryobiologists have predicted that the first cryonic revival might occur as early as year 2045.