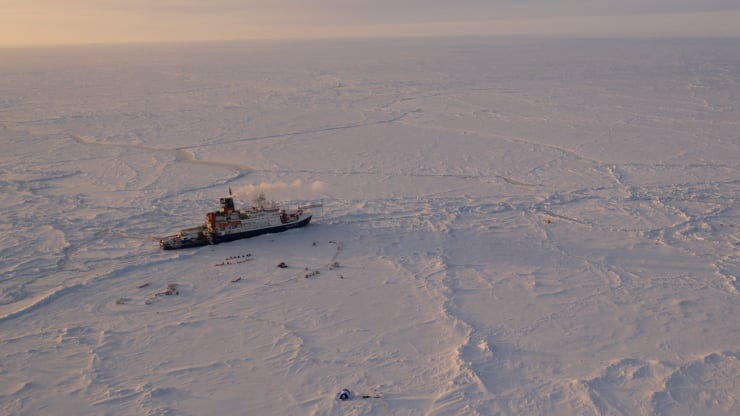 In this Friday, April 24, 2020 photo provide by the Alfred Wegener Insitute shows the German Arctic research vessel Polarstern in the ice next to a research camp in the Arctic region.

From delaying Arctic expeditions to canceling climate summits, the coronavirus pandemic is hindering global progress on fighting climate change and raising fears over a long-term hit to scientific research budgets.

“It’s increasingly apparent that all kinds of science is being disrupted by the pandemic, from field work to theoretical studies to efforts to improve public policy,” said Peter Gleick, a climate scientist and founder of the Pacific Institute in Berkeley, California.

“Every minute of disruption further delays the urgent need to tackle the accelerating threat of climate change,” he said.

In the Arctic, a year-long expedition to study how global warming is impacting the region was interrupted by the pandemic.

The Polarstern ship had to temporarily break out of frozen ice, where scientists were collecting data, due to the abrupt halt in supply flights. The expedition will begin the mission again in mid-May after several weeks of delay and a loss in data collection.

Jason Box, an ice climatologist at the Geological Survey of Denmark and Greenland, said his spring expedition to Greenland to study ice melt will likely be postponed an entire year, putting a significant gap in his data record.

NASA investigations are also taking a hit. A NASA project studying loss of land in the Mississippi River delta and hurricane recovery in Puerto Rico have both been suspended. And a five-year NASA mission to study the impact of severe thunderstorms in the U.S. with high-altitude aircraft is now on hold.

Nearly every single research project underway this year from the Earth Observing Laboratory, which conducts hundreds of climate projects on topics from methane pollution to severe weather patterns, is delayed until next year.

Scientists worry that in addition to year-long project delays, the pandemic could devastate scientific research budgets in the long term.

“A concern is all the resources shifting to combat coronavirus will starve other parts of the economy to the extent that we see a curtailment of our climate monitoring work,” Box said. 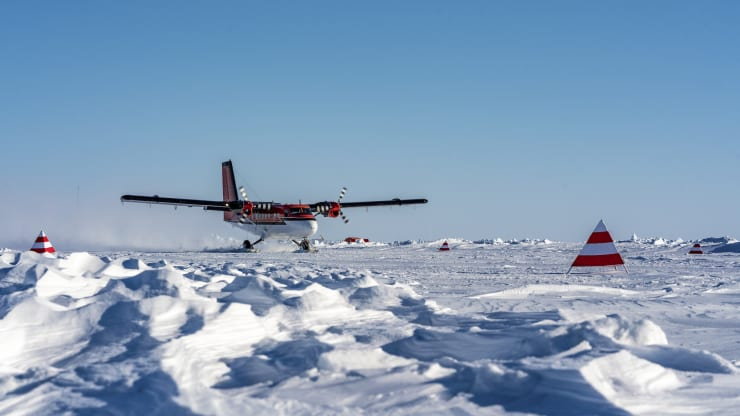 In this Wednesday April 22, 2020 photo provide by the Alfred-Wegener-Institut seven MOSAIC expedition participants were flown out with a Twin Otter plane from an arctic camp.

Widespread flight cancellations due to the pandemic could also hurt weather forecasting since forecasting models rely on temperature and wind data gathered by thousands of airplanes flying overhead.

Meteorological data provided by U.S. flights had dropped by half by the end of March and The European Centre for Medium-Range Weather Forecasts reported an 80% drop in meteorological readings because of cancellations.

The reduction in accuracy of forecasting models raises concerns, as the pandemic will likely continue into the summer, the start of hurricane and flood season, when warnings of disasters are vital to avoiding more death and destruction.

This year’s United Nations-sponsored COP26 climate summit, viewed as the most significant climate conference in the past four years, has been delayed to 2021. The conference venue in Scotland has been converted into a temporary hospital for coronavirus patients.

The focus of this year’s talks was to be how countries can strengthen targets for greenhouse-gas reductions, which is key to hindering the effects of climate change, including hurricanes, drought and deadly heat waves.

Richard Dixon, director of Friends of the Earth Scotland, said the delay of the climate negotiations was understandable but urged countries not to further delay climate action as a result.

“Rich countries must not use the delay in the talks to delay taking urgent action on reducing emissions and providing climate finance for developing countries,” he said.

The European Geosciences Union, one of the larger climate conferences in the world, canceled its annual assembly in Vienna in May due to the pandemic.

“Though the conferences themselves aren’t original research, they are critical opportunities for scientists to share ideas, report on progress, forge collaborations and advance scientific understanding,” said Michael Mann, a climate scientist who was scheduled to give a lecture at the Vienna conference.

Your IQ Matters Less Than You Think BY DEAN KEITH SIMONTON In studies of children and historical figures, IQ…

Coronavirus brought China's travel industry to a standstill. Now it's showing signs of life BY GRADY MCGREGOR Much of…