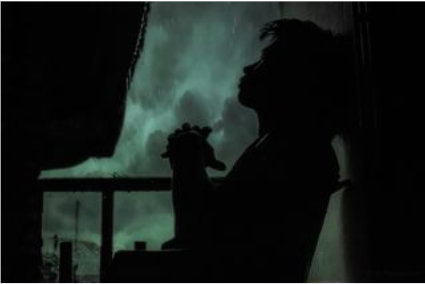 In the late 1990s, just as home computers and internet access were becoming ubiquitous, people in Japan began paying closer attention to a severe form of social withdrawal—marked by the desire to be alone in one's bedroom—that was becoming commonplace among adolescent boys. They called this form of extreme social withdrawal hikikomori.

If someone in Japan becomes a shut-in and avoids the outside world for more than six consecutive months, the Japanese Health, Labor and Welfare Ministry labels it a case of hikikomori. Within Japanese society, the noun hikikomori is also used in the verb form, hikikomoru (ひきこもる). The root of this verb, which means "to confine oneself indoors," comes from hiku ("to pull back") and komuru ("to seclude oneself").

Hikikomori: A Brief History and Timeline

A decade ago, the 2010 edition of the Oxford Dictionary of English included a definition of hikikomori for the first time: "In Japan, the abnormal avoidance of social contact, typically by adolescent males; a person who avoids social contact. Origin: Japanese, literally 'staying indoors, (social) withdrawal.'"

In 2009, The International Journal of Social Psychiatry published a paper, "A New Form of Social Withdrawal in Japan: A Review of Hikikomori," by Alan Teo, which includes a composite sketch of a hypothetical hikikomori patient ("T.M.") that was a synthesis of several real-life cases:

T.M. is a 19-year-old Japanese who lives with his middle-class parents in a two-bedroom urban apartment. For the last two years he has hardly ever left his room, spending 23 hours a day behind its closed door. He eats food prepared by his mother who leaves trays outside his bedroom. He sleeps all day, then awakes in the evening to spend his time surfing the internet, chatting on online bulletin boards, reading manga (comic books), and playing video games.

Tamaki Saitō, a Japanese psychologist who specializes in puberty and adolescence, is credited with making hikikomori a household word in his homeland.

In 1998, he published a book, Hikikomori: Adolescence Without End, which became a bestseller in Japan. Saitō estimates that hikikomori was already affecting an epidemic proportion of adolescents and young adults in Japan by the late-20th century.

In 2013, Saitō’s book was translated into English. This sparked widespread debate about the cause, diagnostic criteria, and extent of extreme social withdrawal among adolescents and other age groups in Japan and around the globe.

A recent paper (Kato, Kanbe, and Teo, 2020), published online January 10 in the journal World Psychiatry, proposes a clearer and more consistent international diagnostic criteria for hikikomori, which the authors view as a 21st-century global phenomenon.

Senior author Alan Teo is currently a researcher and associate professor of psychiatry at the Oregon Health & Science University School of Medicine in the U.S. and a psychiatrist in the Veteran Administration’s Portland Health Care System.

"There is a cultural issue within the house of medicine whereby we don't pay attention to [extreme social withdrawal] and don't think it is in our lane to deal with," Teo said in a news release. "Spending time online can be damaging when it substitutes for interacting with people face to face. Those person-to-person social relationships are a critical aspect of mental health. Your social life is critical to your quality of life—yet in health care, we often forget to think about that. A person's day-to-day social life is really what brings them meaning and value."

In their most recent (2020) paper, Alan Teo and co-authors Takahiro Kato and Shigenobu Kanba of Kyushu University in Japan propose new, universal diagnostic criteria for hikikomori and a framework for defining pathological social withdrawal in the digital age.

"[Hikikimori] has shifted in recent years from being viewed as a typical Japanese problem to an issue that may have global health implications. This shift has been driven by increasing evidence of hikikomori in epidemiologic studies, clinical case series and media reports from around the world," the authors write. "As attention to hikikomori grows across cultures and countries, so does the importance of establishing a clear and consistent definition of the disorder."

Diagnostic Criteria for Hikikomori by Kato, Kanba, and Teo (2020)

“With advances in digital and communication technologies that provide alternatives to in‐person social interaction, hikikomori may become an increasingly relevant concern,” the authors conclude. “We hope that these simplified diagnostic criteria may help standardize evaluation and encourage cross‐cultural comparison of hikikomori.”

BY LAURIE L. DOVE Every New Year's Eve, I write a list of resolutions. Some are practical (whiten teeth)…