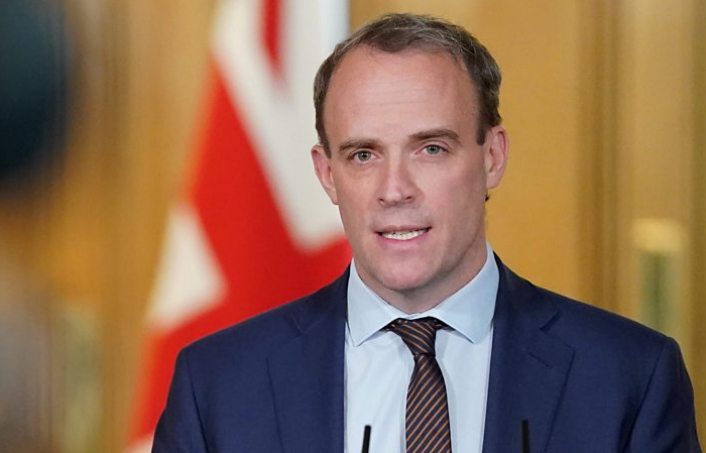 The PM says the government will proceed with "maximum caution" when considering easing coronavirus restrictions.

Boris Johnson is due to announce plans for England's lockdown on Sunday, but ministers have insisted short term changes to measures will be "modest".

At the government's daily briefing, Foreign Secretary Dominic Raab described media reports on easing restrictions as "not a reliable guide".

He added that changes may vary between the different nations.

It comes after Scotland's lockdown was formally extended and the Northern Ireland Executive said there was "no headroom" yet to ease the lockdown.

Wales is due to announced its the nation's lockdown plans on Friday, after the Welsh government warned media reports speculating how Mr Johnson might ease lockdown measures risked sending "mixed messages" to the public.

Some newspapers suggested the rules on exercise could be relaxed and more people encouraged to return to work.

Scotland, Wales and Northern Ireland have the power to make their own decisions on lockdown regulations - and could lift restrictions at a different rate.

The prime minister has told leaders of the devolved nations that he is committed to a UK-wide approach to tackling coronavirus "even if different parts of the UK begin to move at slightly different speeds", Downing Street said.

"Those decisions will be made based on the science for each nation," a No 10 spokesman added.

The latest figures show the total number of people who have died in hospitals, care homes and the wider community in the UK after testing positive for coronavirus is 30,615 - a daily increase of 539. 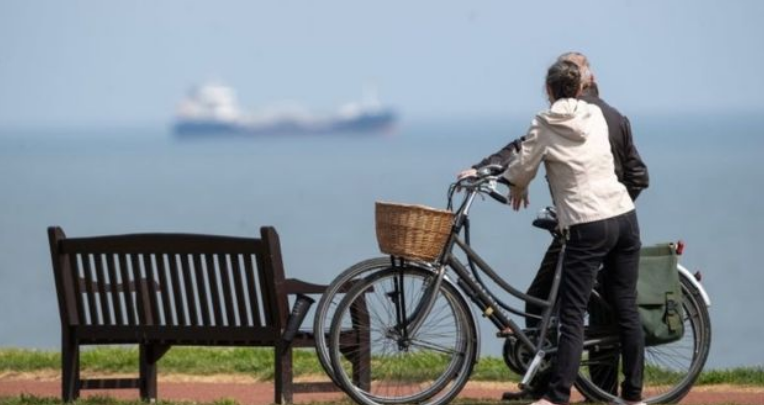 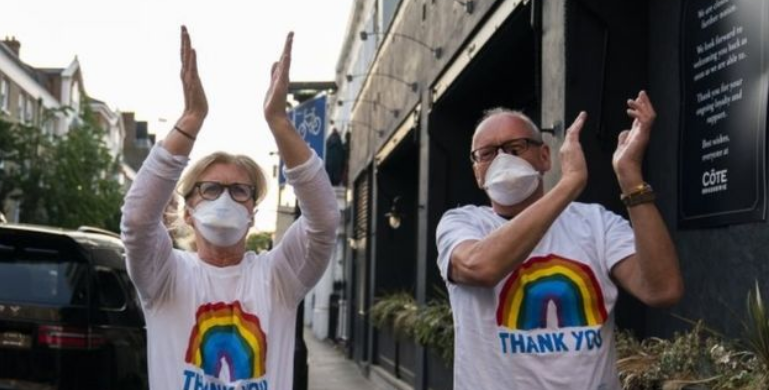 At the briefing, Mr Raab said any short term changes to restrictions would be "modest, small, incremental and very carefully monitored".

He stressed that the existing rules would still apply over the bank holiday weekend and urged people to "continue to follow the guidance".

Facing pressure over media reports suggesting the lockdown would be eased, the foreign secretary said that reports were "not a reliable guide" to future policy decisions.

He added that future decisions would be based on the reproduction number - known as the R level - which represents the average number of people that an infected person will pass the virus on to.

"If we find in the future the R level goes back up or that people aren't following the rules, we must have the ability then to put back measures in place," he said.

Mr Raab said the R number was somewhere between 0.5 and 0.9. However, Prof John Edmunds, who is advising the government, said earlier that it had actually risen slightly - to between 0.75 and one.

An R number greater than one would result in exponential growth in the number of cases. But if the number stays lower than one, the disease will eventually peter out as not enough new people are being infected to sustain the outbreak. 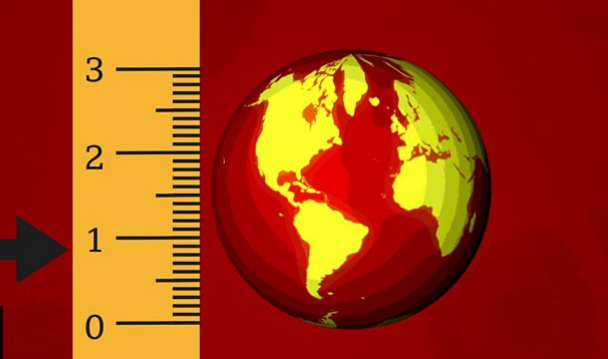 Sir Ian Diamond, the chief statistician for the Office for National Statistics, said the current R number was below one.

However, he said R had increased since the last estimates due to the rise in virus transmission in care homes.

The R number can be different in different parts of the country or in different settings, says the BBC's health reporter Rachel Schraer.

"The question is how contained they are or whether the epidemic in care homes will spread back into the community," she said.

Labour leader Sir Keir Starmer said the government was "right to extend the lockdown" until the infection rate was under control, saying that "the health and safety of the nation needs to come first".

He added that "there needs to be absolute clarity that we must follow the rules".

Dominic Raab's emphasis was on gradual steps; he spoke of this being a delicate and dangerous moment with the virus remaining deadly.

He said the prime minister would set out a road map of how the country might come out of this lockdown, but the government doesn't want to release the handbrake and see the car race away just yet.

Whether that message comes across as clear, or confused, is the key question at what could be a crucial moment in managing this pandemic.

In Scotland, First Minister Nicola Sturgeon warned it could be "catastrophic" to drop the stay at home message as she announced that the nation's lockdown was to be extended.

She said any easing of restrictions would be "very risky" at this stage, but said the Scottish government may be prepared to allow people to spend more time outdoors.

Scotland has already set out a number of options for lifting the lockdown.

Ms Sturgeon said she would prefer the UK to make changes as a whole, but said the four nations could decide in a "grown-up" manner if they "want to go different ways".

She added that media reports about the prime minister planning to ease the lockdown had not been discussed with the Scottish government.

Earlier, a Welsh government spokesman said it was "crucially important" people in Wales were "informed clearly and accurately" about any changes to the current restrictions.

"Some of the reporting in today's newspapers is confusing and risks sending mixed messages to people across the UK," he added.

What Is Leadership? By Kevin Kruse What is leadership, anyway? Such a simple question, and yet it continues to…